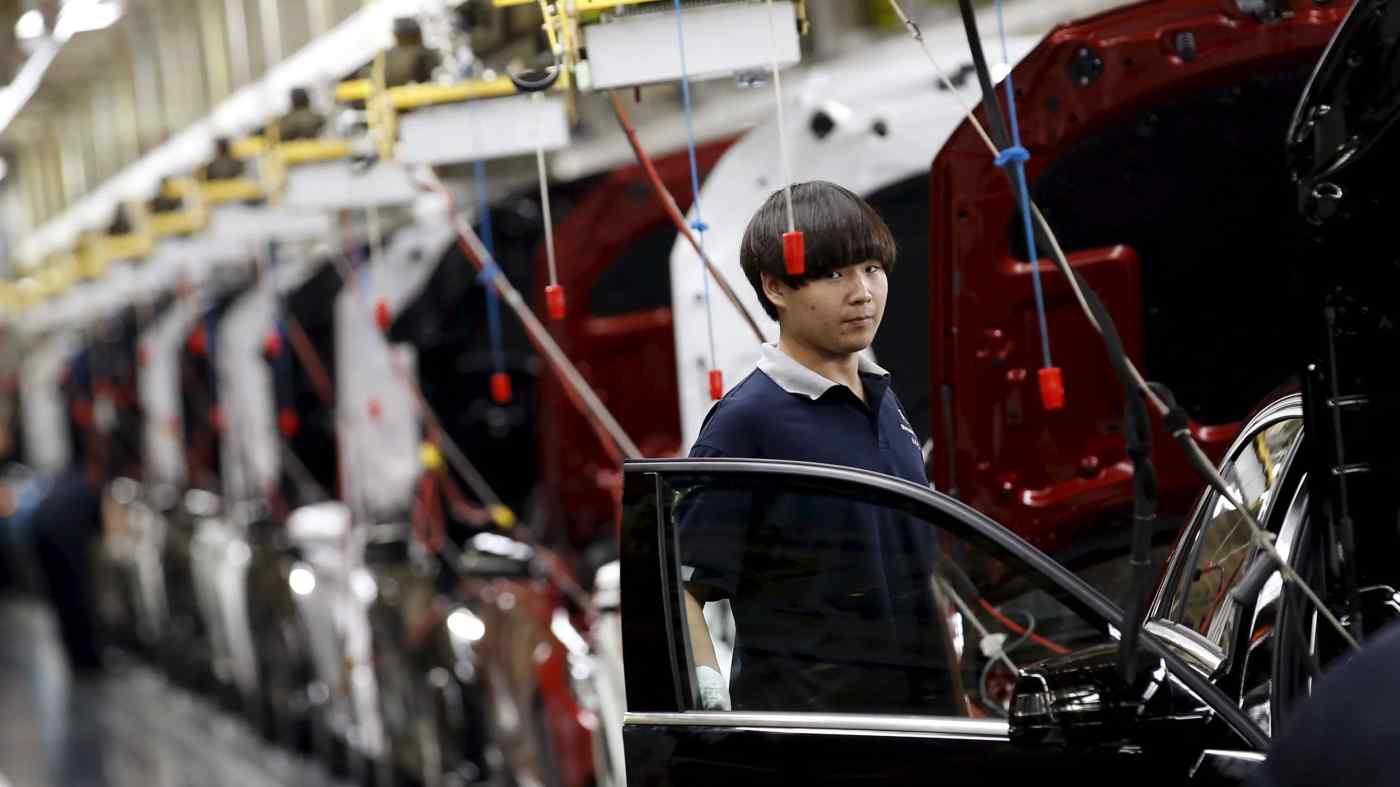 TOKYO -- Companies heavily dependent on the Chinese market suffered a significant drop in April-June net profit as economic momentum fades and the trade war drags on.

Of 21,089 key global companies tracked by QUICK-FactSet, 2,049 generated at least 10% of their revenue in China but were headquartered elsewhere. This subset logged a 19% drop on the year, compared with the 5% decrease across the broader group.

Chinese regional governments are sagging under the weight of debt incurred as part of a 4 trillion yuan ($565 billion) stimulus package launched after the 2008 financial crisis. Meanwhile, wages are skyrocketing as rural areas run out of surplus workers.

Economic headwinds have hit carmakers particularly hard, with new-automobile sales in China falling for the first time in 28 years in 2018.

Companies that supply manufacturing equipment and parts to China are also feeling the heat. Earnings at semiconductor-related businesses have fared worse the more they rely on the country.

Tokyo Electron posted a 43% drop in net profit for the April-June quarter after a Chinese client delayed facility expansion plans over the trade war. China accounted for 24% of the chipmaking equipment manufacturer's sales for the year ended March 31.

Japan's Daifuku, which relies on China for a quarter of its revenue, struggled to secure orders for transportation machinery used in cleanrooms at chip and panel factories. Its April-June sales in the country fell 17% to 18.8 billion yen ($174 million).

South Korean chipmaker SK Hynix, estimated to earn about 40% of its sales in China, suffered a roughly 90% plunge in April-June profit as clients like Huawei Technologies shied away. U.S.-based Micron Technology also booked a big dip in profit.

But not all businesses are struggling. As China's middle class grows, the country's service sector now accounts for more than half of its economy. Restaurants and entertainment companies are reaping greater profits, with Starbucks logging a roughly 60% companywide jump after increasing same-store sales at Chinese outlets by 6%. Canada-based IMAX's profit grew roughly 50%.