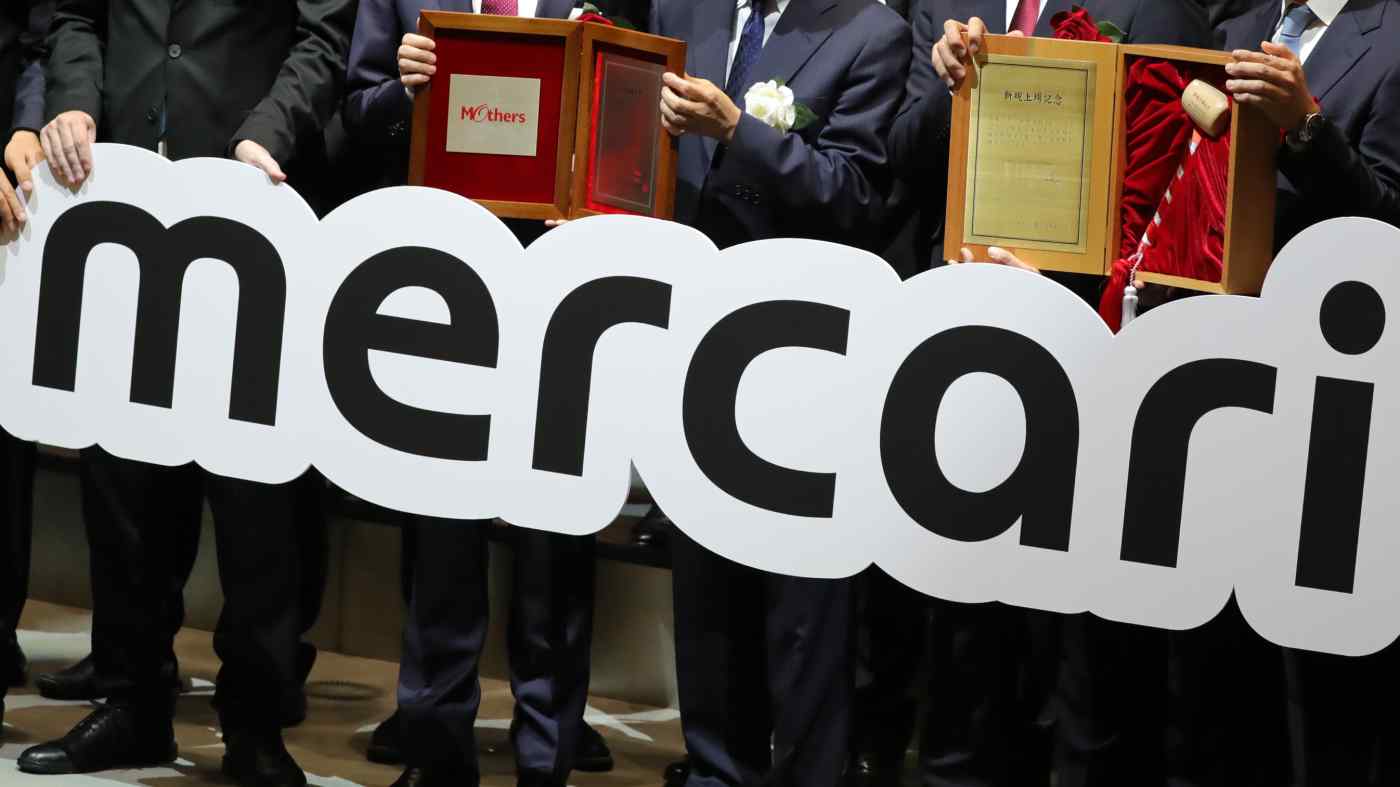 TOKYO -- Japanese flea market app Mercari remains mired in red ink as it struggles to find a foothold in a U.S. market dominated by services like Craigslist that focus on face-to-face transactions.

Mercari reported on Thursday a group operating loss of more than 3.6 billion yen ($32.8 million) covering the fiscal half ended in December, a deeper hole than the 2.3 billion yen loss from a year earlier. This was despite sales soaring 45% on the year to nearly 23.8 billion yen.

Operating profit at the app's Japanese flea market business rose 24% to 4.4 billion yen. But losses in the U.S. more than offset those gains.

Fumiaki Koizumi, the company's chief operating officer, put a positive spin on the performance by focusing on the response to Mercari in the American market. "With this growth speed, we will be able to catch up with rivals and create a customer-to-customer culture," he told reporters.

Mercari has spent copious amounts of money to build its American business since entering the country in 2014. Much of the cash was allocated to advertising to expand name recognition. Another chunk was spent recruiting from tech leaders such as Facebook and Google to fill executive posts.

Mercari's online flea market ships used goods directly to buyers -- a business model that required investing in a U.S. delivery network. But the company is contending with a market where many people buy secondhand goods at garage sales and other face-to-face settings. Craigslist matches buyers and sellers online, but they usually arrange to meet in person to transfer items.

The news is not all bad for Mercari. Flea market apps have room for growth in the U.S., as demonstrated by the entry of competitors such as Poshmark. And Mercari is gaining a foothold, with U.S. gross merchandise volume jumping about 70% to $159 million for the six months through December, though monthly volume remains short of its $100 million goal.

Mercari, which bills itself as "The Selling App," has taken steps to address issues users may have with its shipment-based model. It charges a flat rate for shipping anywhere in America, which -- as U.S. CEO John Lagerling notes -- lets even customers in Hawaii and Alaska use the service.

Mercari will withdraw from Europe this year, driven by a lack of name recognition and saturation by rivals.