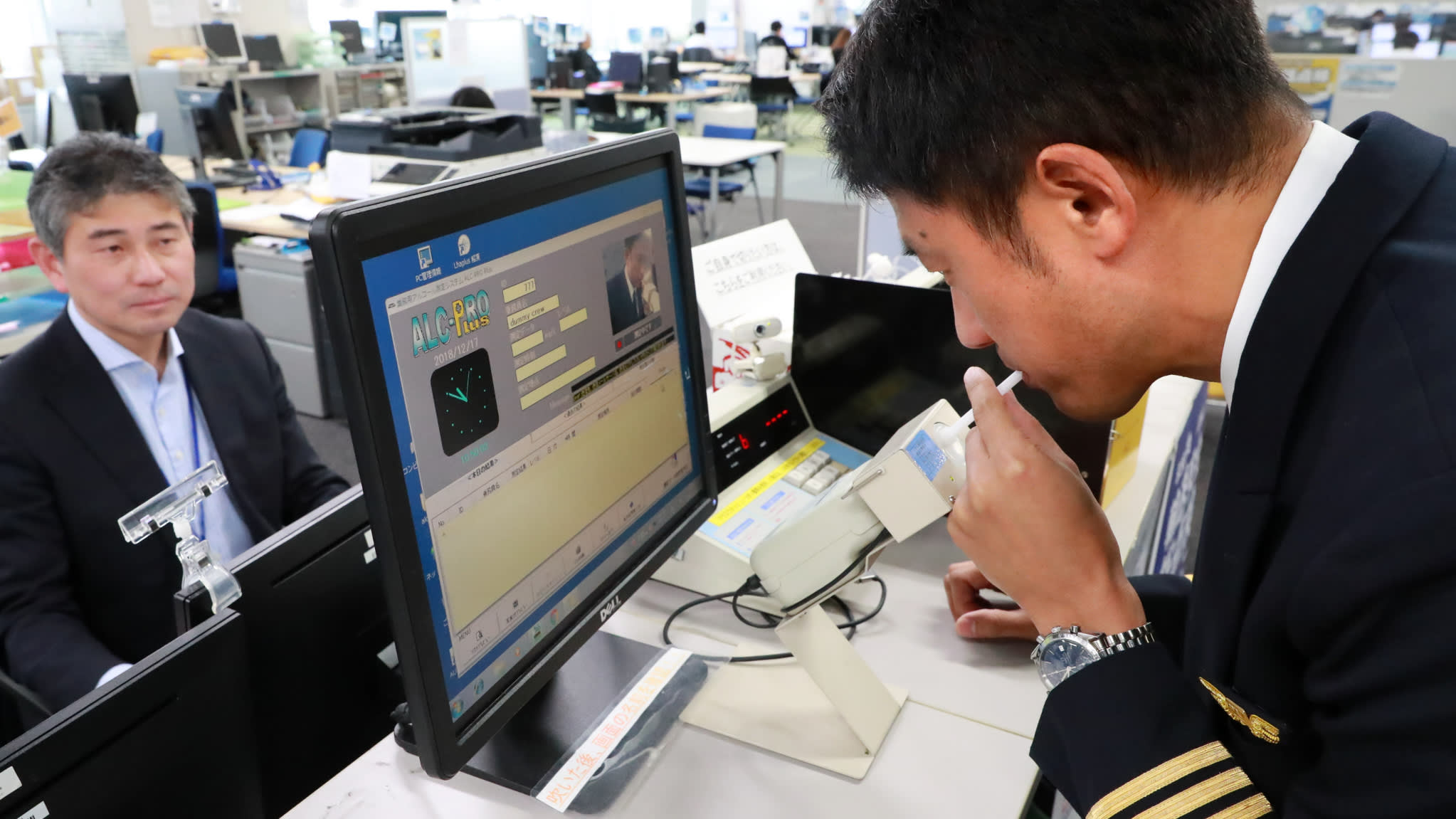 TOKYO -- Five Japanese airlines involved in a string of drinking-related incidents submitted to the transport ministry on Friday plans to prevent a recurrence, pledging to crack down on alcohol consumption by crew members on duty.

"I deeply apologize for the loss of trust in aviation," Japan Airlines President Yuji Akasaka told a news conference here.

A JAL pilot was arrested in the U.K. this past October after he was caught far over the alcohol limit before flying. He was later sentenced to 10 months in prison. And in December, a JAL flight attendant who aroused suspicion on duty was found to have high alcohol levels. The company also failed to disclose the discovery in 2017 that a captain had been using a colleague to take his breath test.

JAL acknowledged in its report a corporate culture that tends to avoid tackling a problem head-on, promising that an in-house committee led by Akasaka will work to reform the culture.

JAL's plan also states that staffers detected with even a trace of alcohol in their breath will not fly and that tests will also be run after flights. Pilots repeatedly caught and deemed unqualified will be suspended and could face dismissal.

The airline will also provide alcohol education opportunities for all group employees and lend them detectors to raise awareness of alcohol lingering in their systems. All Nippon Airways, a unit of ANA Holdings, also submitted a prevention plan after drinking by a pilot resulted in flight delays on two occasions at affiliate ANA Wings.

Japanese law states only that pilots must not work if there is any concern that the influence of alcohol will prevent them from operating the aircraft normally, without specifying a testing method or a legal limit.

Following the recent incidents, the transport ministry has implemented strict compliance rules requiring crew members to take tests before boarding planes and prevent those with even a trace of detectable alcohol from getting on. It is also planning on-site inspections of each airline, Minister Keiichi Ishii told a news conference after a cabinet meeting Friday.

Behind the problem lies markedly higher pilot workloads. "Flight hours per pilot are increasing compared with the past," said Hiroyuki Kobayashi, a former JAL captain.

"There are people who rely on alcohol to sleep and cope with the stress," he said.

Japanese airlines saw 25% growth in passengers on international flights from 2007 to 2017 and a 6% increase in domestic flyers. The shortage of pilots is growing severe as carriers add more routes. Japan will need to train 380 pilots annually in 2020 and 430 in 2030, the transport ministry estimates -- up from only about 300 now.