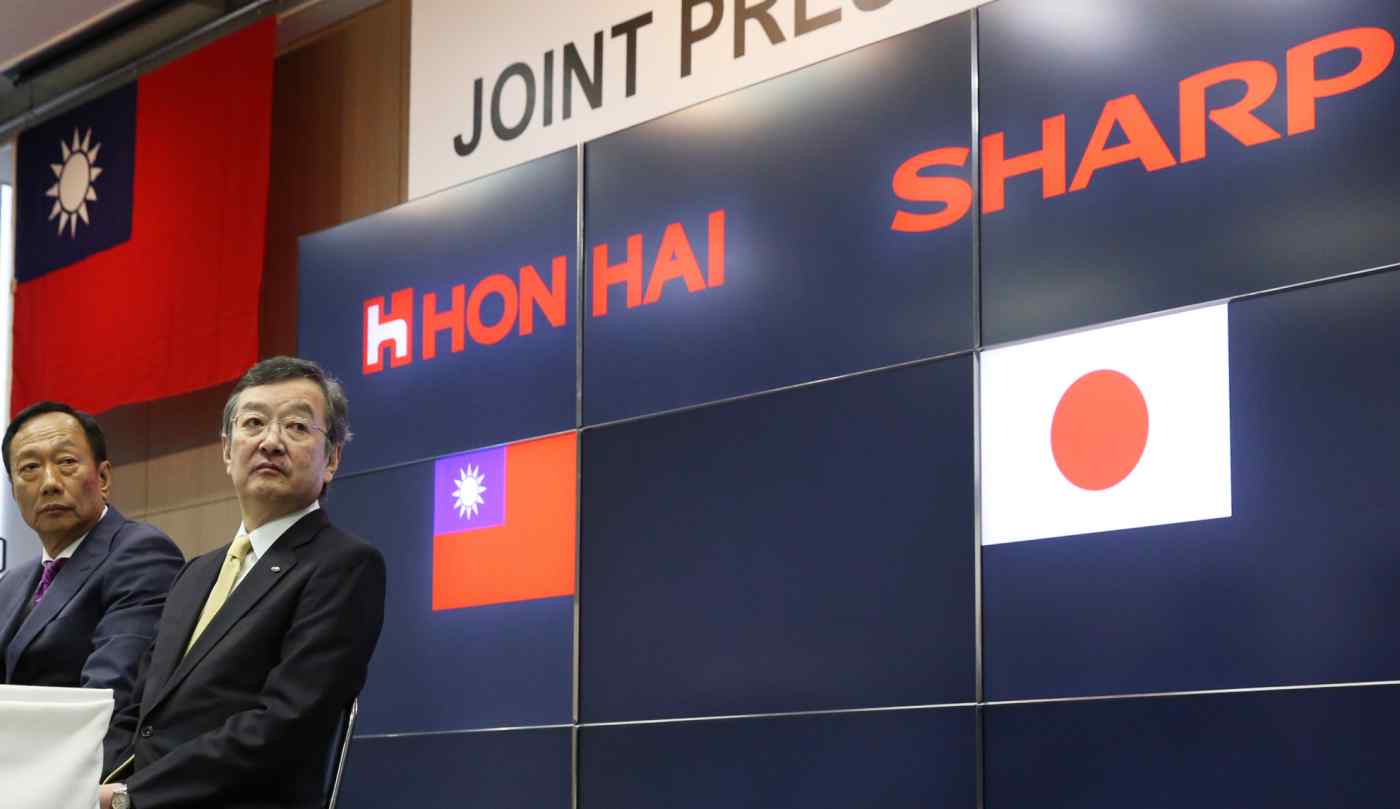 OSAKA -- Taiwan's Hon Hai Precision Industry was unable to complete its acquisition of Sharp in June as intended, thwarted by a time-consuming antitrust review in China.

The delay deals a blow to Sharp's plans to install new management and start the rebuilding process quickly. A grimacing Sharp insider said the ailing Japanese electronics giant had hoped to get the capital injection in June to bring the company's assets above its liabilities, then put the new management structure in place July 1.

Hon Hai Chairman Terry Gou stressed at a June 22 shareholders meeting that the process likely would be completed by the end of the month. Sharp President Kozo Takahashi also had cited June 30 as the target date.

Sharp's net worth turned negative after it posted another massive net loss last fiscal year. This will not change without the payment from Hon Hai, a contract manufacturer also known as Foxconn. Sharp's financing terms could be hurt until then.

Shareholders approved Sharp's board appointments at a meeting June 23. But Tai Jeng-wu, Foxconn's pick to succeed Takahashi, and other new executives will be installed only after the acquisition is finished. Takahashi, who had planned to step down to take responsibility for Sharp's losses, will remain until then.

The only Sharp management move announced Thursday was the return of Fujikazu Nakayama, who had been a representative director and senior executive managing officer until June 2015. Nakayama will serve as president of Sharp's internal business solutions company, which handles its copier operations.

Friday is a red-letter day for Sharp. The electronics giant is set to relocate its headquarters from Osaka's Abeno Ward, the company's home since founder Tokuji Hayakawa moved it from the greater Tokyo area, to a site in the suburb of Sakai near a joint Foxconn-Sharp liquid crystal display venture.

The deadline for completing the deal is Oct. 5, and Foxconn has indicated that it intends to provide the funds soon. But Sharp was burned once before by a deal with Foxconn that fell through four years ago. The Japanese company is nearing a major milestone without the money needed to get back on its feet.