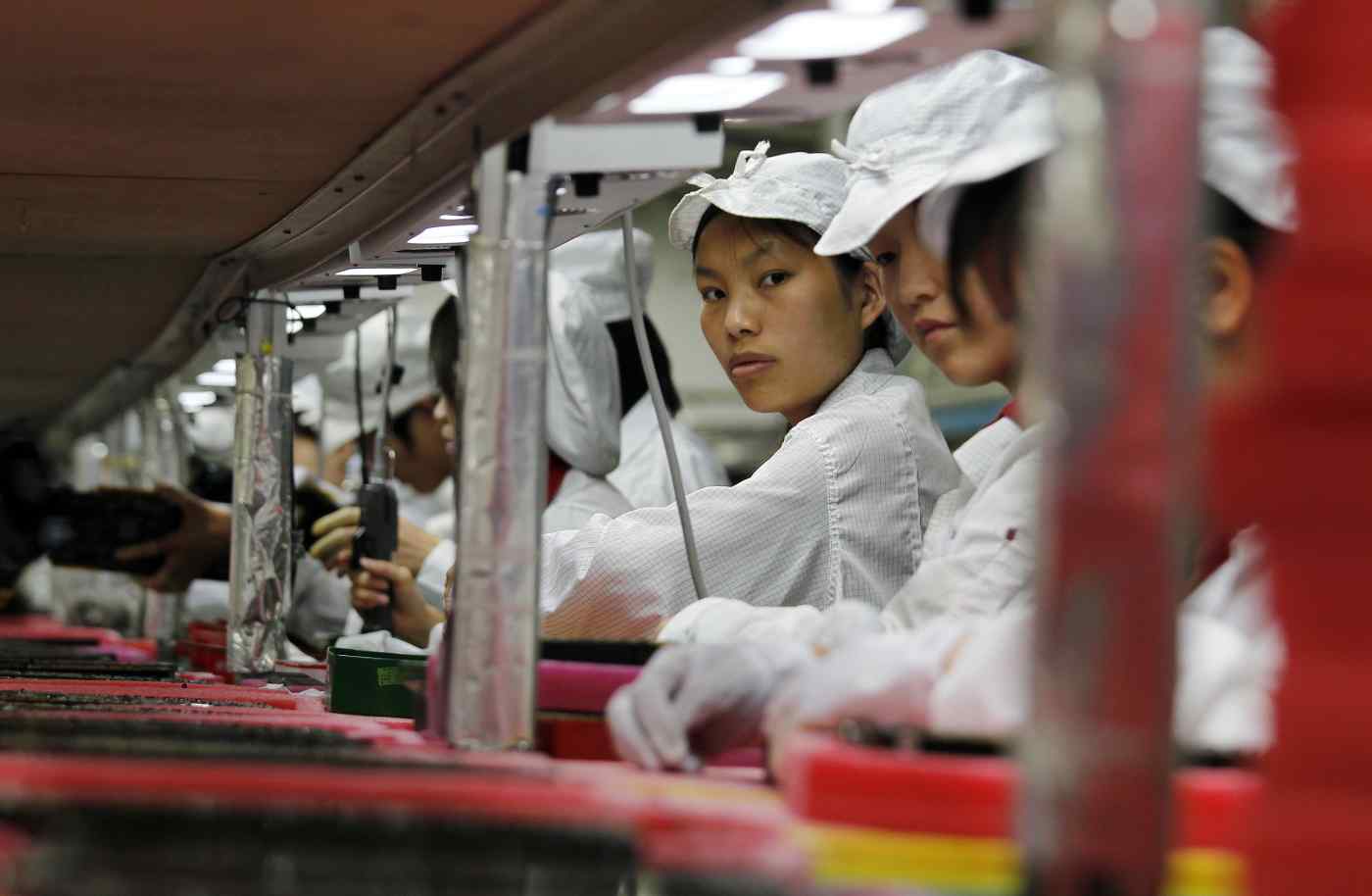 TAIPEI -- Hon Hai Precision Industry will use the planned listing of a key Chinese unit to bankroll efficiency-boosting automation investments as sinking profits force it to rethink its old labor-heavy model.

The world's largest contract electronics manufacturer, better known as Foxconn Technology Group, has been hit hard by production cuts and other issues surrounding Apple's iPhone X as well as surging labor costs, imperiling prospects for a seventh straight year of record profits. Analysts on average expect operating profit to have dropped about 10% for the year ended in December, according to forecasts compiled by QUICK FactSet.

"If we can't change, we'll be left behind," Chairman Terry Gou warned at a celebration Sunday marking the end of the lunar year. "The next three years will be decisive. Our old formula for success will be shaken up."

This sense of crisis lies behind plans to list Foxconn Industrial Internet, a cloud and networking unit that also handles iPhone assembly, in Shanghai. Foxconn expects to raise 27.3 billion yuan ($4.3 billion) from the initial public offering, which will be put toward such projects as revamping smartphone production lines, according to a recent filing with the Shanghai Stock Exchange.

These investments include plans to set up a network for controlling unmanned production facilities and a processing center for manufacturing data at Foxconn's main hub in Shenzhen. Six plants across China that are already fully automated will be expanded and upgraded. Hon Hai Precision Industry Chairman Terry Gou warned at a company event Sunday that the contract electronics maker will be left behind if it cannot adapt.

The delicate work and stringent quality control requirements involved in iPhone assembly had previously made the process labor intensive and difficult to automate. Foxconn plans a large-scale rollout of cutting-edge robots and also envisions using high-resolution 8K sensors to spot defects that cannot be seen with the human eye. 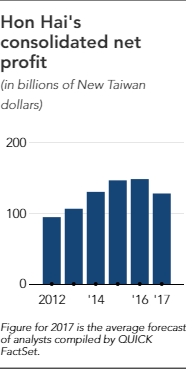 This effort seems partly aimed at supporting China's ambitions to become a manufacturing superpower. Gou has said he wants to open up the advanced production system Foxconn is building as a "new platform for the manufacturing sector." The hope is likely to leverage this to win special treatment from Beijing and gain another source of growth.

Innolux, a panel maker affiliated with Foxconn, is pursuing automation aggressively. It plans to slash its workforce by more than 10,000 this year to less than 50,000 people.

Yet investors seem to have misgivings about the outlook for Foxconn. Its shares closed at 87.60 New Taiwan dollars here Thursday, down nearly 30% from the August peak. Gou, now 67, insists he will not retire until Foxconn's stock hits NT$200. Bridging this gap will require visible progress on earnings and reducing the manufacturer's dependence on Apple.