From unicorn to reality, Mercari searches for the magic 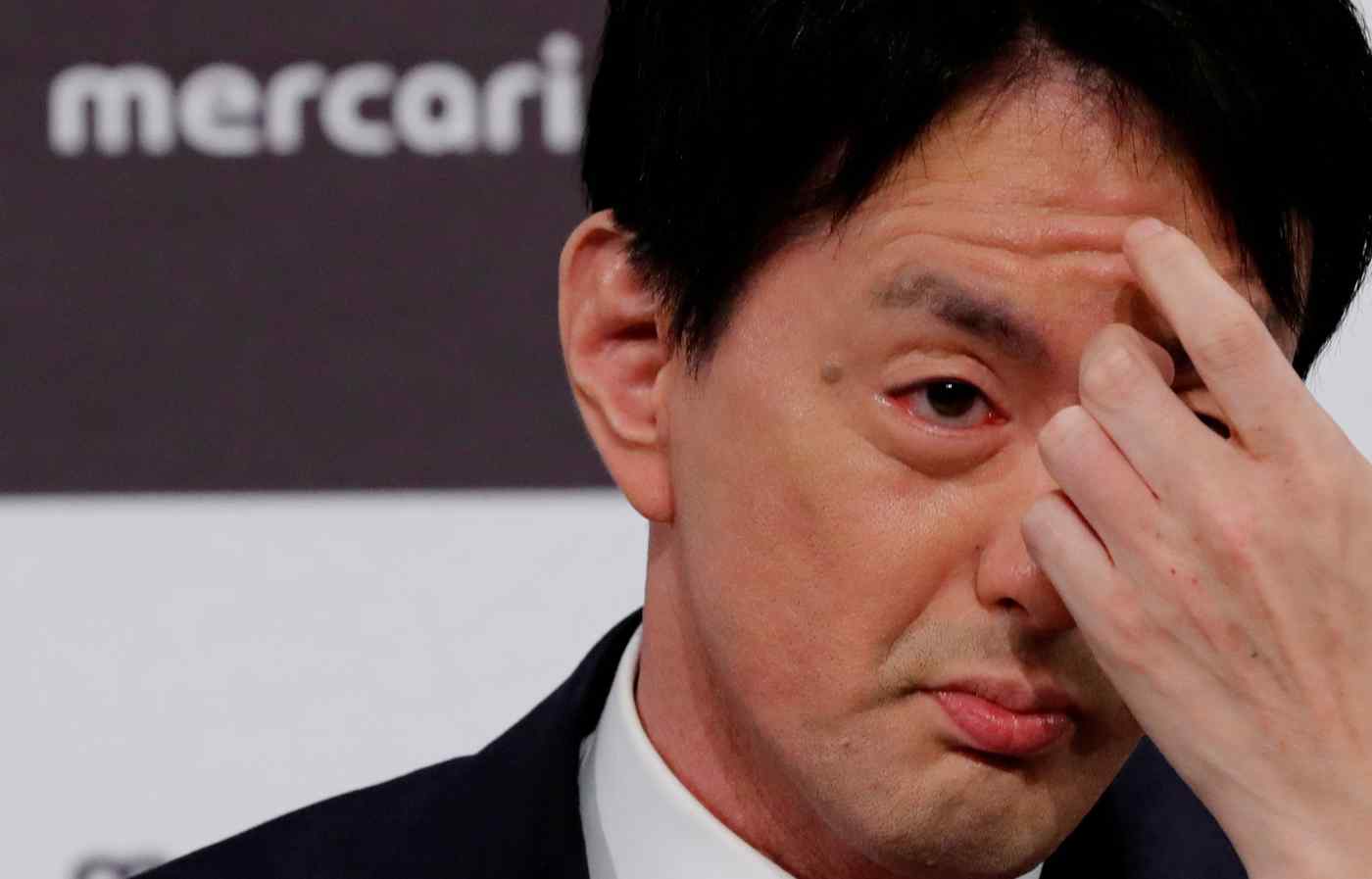 TOKYO -- In its initial quarter after listing on the Japanese stock market, flea market app Mercari has yet to demonstrate a viable pathway to profitability, a predicament that has wiped 40% off its market value.

The company's shares reached a high of 6,000 yen during the June 19 debut, and closed at a market capitalization of 717 billion yen. Since then, the market value has slumped to 424.4 billion yen of late. The share price dipped below the 3,000-yen initial offer price in October, reaching a post-listing low of 2,626 yen on Oct. 30.

At first glance, the top line numbers appear rosy: July-September sales rocketed 45% on the year to 10.5 billion yen. The gross merchandise volume for the home flea market app jumped 41% to 99 billion yen, a boon for service fees. The number of users active at least one time during a month rose 25% to 11.33 million people.

But analysts say that performance is not enough. "They may be able to turn a profit if you look in the long term, but the short-term results are unsatisfactory, so shares are being sold," said Mitsushige Akino at Ichiyoshi Asset Management.

Akino says many securities analysts are keeping close watch on Mercari's U.S. business, which launched in 2014 under the banner of creating a "global marketplace." But not only is Mercari up against eBay, it also has to compete with a suite of newcomers like Poshmark.

Accordingly, the U.S. has been a money-losing market for Mercari, and it has battered the company's stock price. "I would like to continue to explain our growth strategy to investors," said Nagasawa when asked about the share slump.

Before Mercari floated on Tokyo Stock Exchange's Mothers market, it attracted attention as one of a handful of Japanese "unicorns," unlisted firms valued at $1 billion or more. Even prior to undergoing the stock market's baptism of fire, CEO Shintaro Yamada was up front about the short term.

Its financial subsidiary Merpay, for example, had only one employee last November, but the headcount is now 250. Mercari filled positions with tech talent at home and abroad, and hired senior managers away from Facebook and others.

Consequently, costs associated with labor, advertising and other areas bounced 50% on the year to 8 billion yen for the domestic flea market business during the July-September quarter.

But long-term-oriented or not, investors demand some indication of when Mercari will become profitable. Earlier this month, the group launched a pilot version of Mertrip, a social media platform where people can create and share vacation photo journals. Souzoh, a subsidiary that takes charge of Mercari's new business development, says it seeks to produce results beyond the flea market app, but it remains unclear how Mertrip can be monetized.

The Merpay online payment service could launch as soon as the end of the year, but no definite timeline has been set. Even if Merpay does begin on time, it will have to contend with rival services from the likes of Line, Yahoo Japan and Rakuten. Furthermore, the competitors have tie-ups with telecommunication providers and offer points for shopping at e-commerce sites.

Mercari portrays itself as a tech company in the manner of Facebook and Google. In that light, many expect the Japanese company to develop innovative businesses. Mercari has on its side its reputation for rapid decision-making, and global talent are attracted to the organization for its innovation and risk-taking.

Still, the services being offered by Mercari more often than not overlap with those from Japanese tech giants. In addition, the struggle to land employees is fierce. Mercari is under pressure to outline a pathway to successful new businesses while it is still able to attract top talent.