This Fujitsu phone could withstand a soaking, but industry shifts have proved too much to bear.   © Reuters
August 23, 2017 16:01 JST | Japan
CopyCopied

TOKYO -- Fujitsu is ditching cellphones to concentrate on fields where it believes it has a better shot at competing: artificial intelligence and the internet of things.

The Japanese information technology company absorbed Toshiba's mobile phone unit in 2012. Fujitsu's claim to handset fame, though, is the Raku-Raku Phone -- an easy-to-use feature phone aimed primarily at older consumers. The handset business has been bringing in more than 150 billion yen ($1.36 billion) in annual sales. 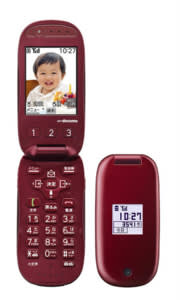 The 2009 model of Fujitsu's Raku-Raku Phone

For a while, the success of the Raku-Raku Phone allowed the company to avoid dealing with its struggling smartphone operations. Not anymore.

The smartphone market is increasingly dominated by companies churning out handsets at low cost and in huge volumes. Samsung Electronics and Apple control a combined global share of nearly 40%, while Chinese rival Huawei Technologies sells 100 million units a year.

In contrast, Japan's four smartphone makers together ship only around 40 million units -- less than 3% of the global market. The Fujitsu group is expected to move just 3.1 million smartphones in the year through March 2018.

So, like other electronics makers before it, Fujitsu is looking to regroup and place bets elsewhere.

In the past, Dutch electronics maker Philips withdrew from profitable semiconductor and TV operations in order to focus on fields like health care. This put it back on a growth track.

Mitsubishi Electric dropped out of the mobile phone market in 2008 and rebounded from a slump by prioritizing power semiconductors and devices linked to the internet of things.

Fujitsu, for its part, plans to strengthen its information technology services unit, which already accounts for 70% of sales. Specifically, it intends to focus on services incorporating cutting-edge technology, including AI and IoT.

It has a long way to go: IBM and Accenture have much higher profitability in these areas.

Fujitsu expects IT services to post a 10% operating profit margin for fiscal 2020, up from an estimated 4.5% for the current fiscal year. "We will reap the benefits of structural reform," a company representative said. Yet, it is unclear how the company can beat those rivals while boosting profit.

Investors seem doubtful. The news that Fujitsu is finally unloading the handset business barely nudged the company's shares on Tuesday, beyond a slight initial uptick.

The country's handset market used to be compared to the Galapagos: It was a place where phones evolved in virtual isolation from the rest of the world. This gave rise to original software and unique functions.

But the advent of smartphones, and their ensuing commoditization, changed the game. The few players still determined to compete are trying to differentiate themselves with high-end components and enhanced durability.

Once Fujitsu departs, Kyocera will round out the list of Japan-based companies still making smartphones.