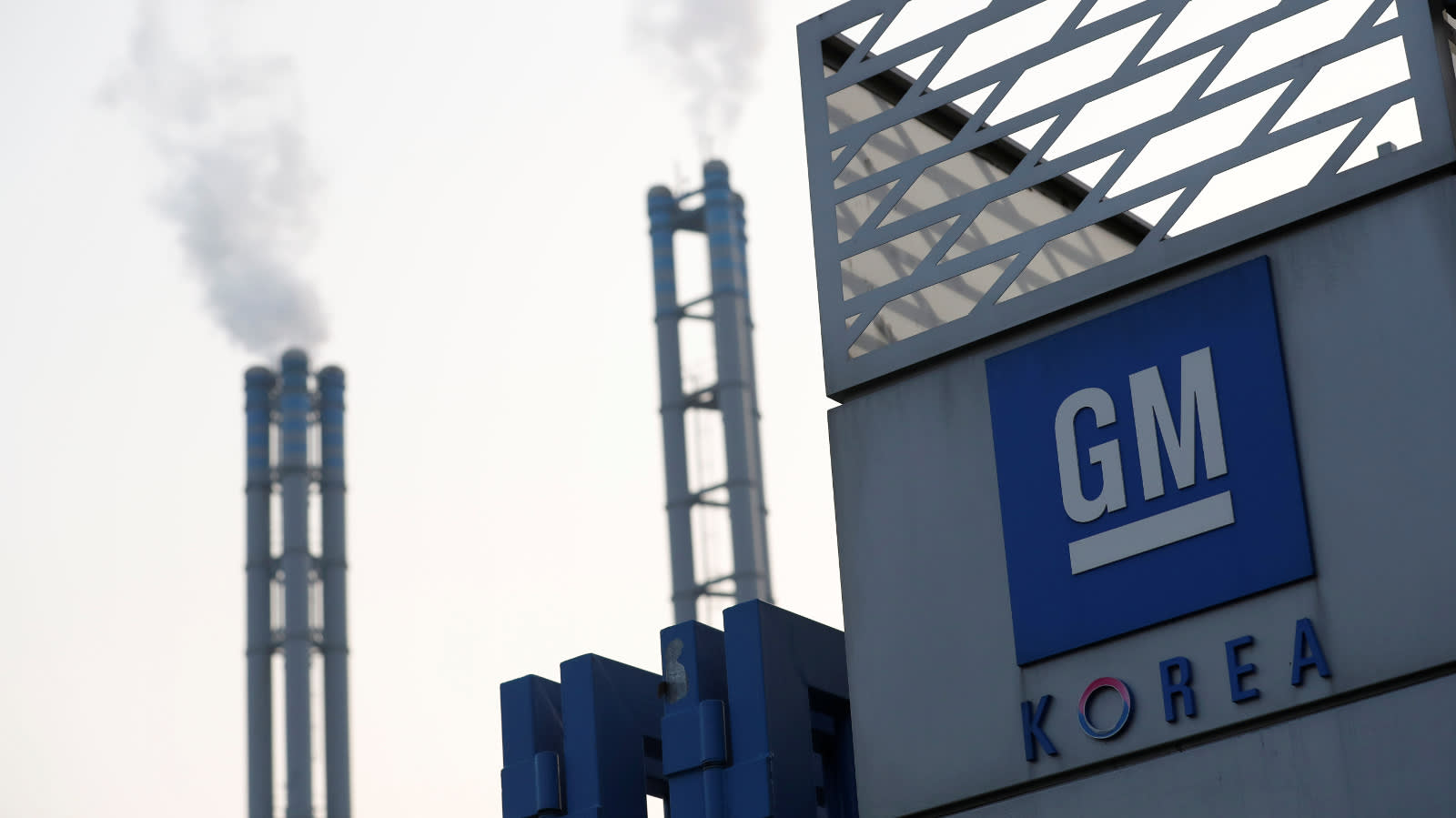 GM Korea may fall into a serious cash crunch if it cannot deliver a rescue plan to creditors by April 20.   © Reuters

SEOUL/PALO ALTO, U.S. -- General Motors Korea may be about to cross a point of no return as a rehabilitation plan due Friday remains unsettled.

The U.S. automaker uses South Korea as an export hub to supply Europe and emerging markets. But the Korean unit sustained 3 trillion won ($2.82 billion) in net losses over four years through 2017 due to a drop in factory output tied to such factors as the sell-off of GM's German Opel operations.

General Motors decided in February to close one of its three assembly plants in South Korea. Executive Vice President Barry Engle, head of the American company's international operations, has asked the labor union to accept a wage freeze and a 100 billion won cut in spending on employee benefits.

The company has also asked the South Korean government to forgive some of its tax liabilities.

So far the union has accepted the wage freeze but not the benefit cut. It is instead demanding that the company guarantee employment for workers at the closed plant who cannot find new jobs.

GM Korea will face a credit squeeze if an agreement is not reached by Friday, the U.S. parent's deadline for reaching an agreement on a turnaround plan. Creditors, led by the government-backed Korean Development Bank, had sought a deal by that date as well.

Engle has told the union the company will have no option but to file for bankruptcy if the talks do not produce an agreement. Should that happen, around 300,000 workers, including those at suppliers, would be affected.

The American automaker has been streamlining operations under CEO Mary Barra, who took over in 2014. Last year, it sold off its German-based Opel operations and withdrew from auto sales in India as part of shifting resources to its core markets, chiefly China and the U.S.