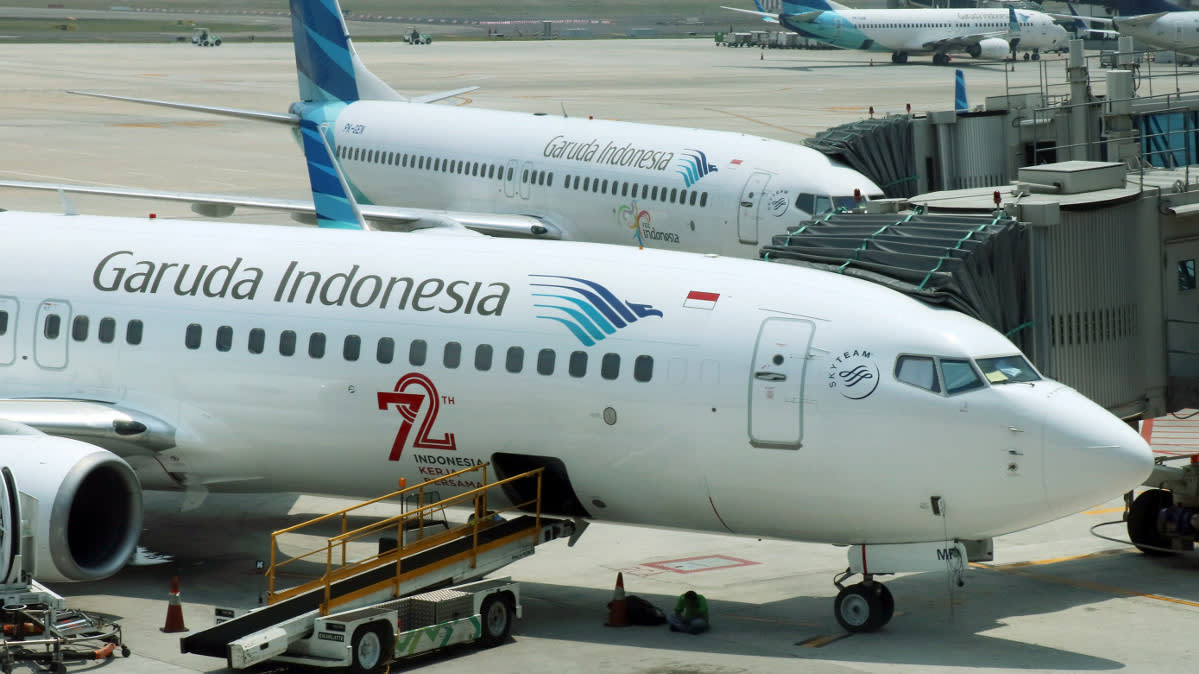 Garuda Indonesia is cutting back on premium offerings that have defined its image in recent years.
WATARU SUZUKI, Nikkei staff writerOctober 25, 2017 21:43 JST
CopyCopied

The carrier on Wednesday reported a net profit of $59.9 million for the July-September period, three times what it made one year earlier and its first quarterly profit in three quarters.

The airline attributed the higher profit to cost-cutting efforts, such as reducing loss-making routes and boosting sales from digital channels. Garuda is also trimming its first-class services, which featured suites and meals prepared by onboard chefs. Garuda still booked a $222 million net loss for the January-September period, ballooning from a $44 million loss a year earlier. The airline has been hit by large penalties related to the country's tax amnesty program as well as by higher fuel costs.

The carrier is struggling to maintain profit at levels that would allow it to revive its international expansion plans. Pahala Mansury, Garuda's President, warned that fourth quarter earnings may be less impressive because the third quarter had more holidays compared to the year-earlier period.

He said he expects additional cost cuts to come from renegotiating 30 contracts with aircraft leasing companies and manufacturers. However, this would also result in deliveries of several aircraft scheduled for this year being delayed. For 2017, Garuda is targeting $100 million in cost savings.

Bobby Nugroho in Tangerang contributed to this story