Geely zooms to profit in strategic venture for car-sharing models 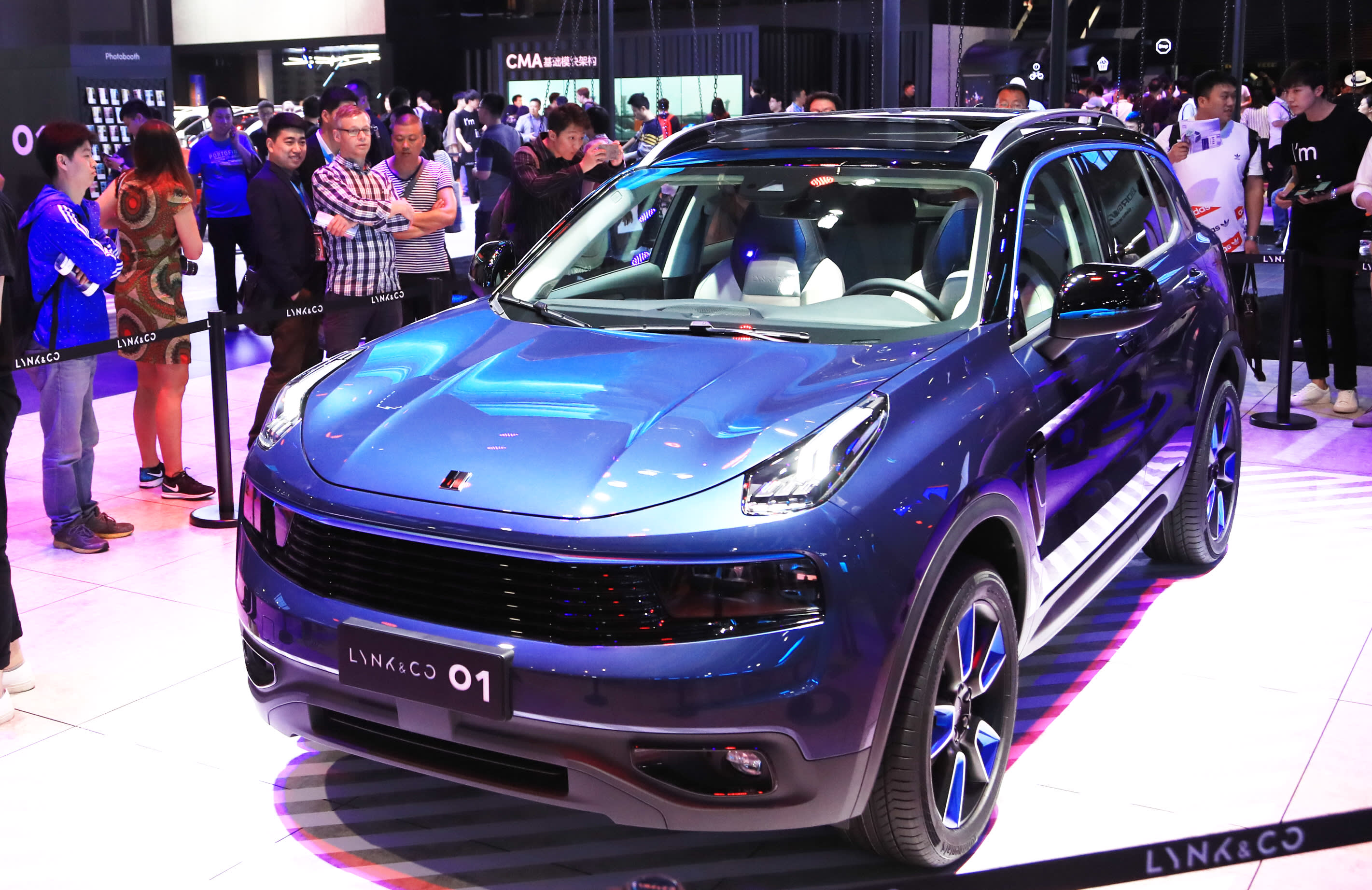 HONG KONG -- Geely Automobile Holdings logged the first profit at its joint venture with Sweden's Volvo Cars producing autos designed for car-sharing, part of a banner first half in which the company defied China's slower sales growth for new cars.

Geely Automobile sold 766,630 vehicles groupwide during the January-June half, up 44% on the year, and boosted net profit attributable to shareholders by 54% to 6.67 billion yuan ($975 million), the Chinese automaker said Wednesday. Growth in new-auto sales across China decelerated to 5.6% year-on-year for the six-month period.

The Chinese-Swedish venture Lynk & Co. began sales of its first sport utility vehicle, the 01 SUV, last November in China. Lynk sold 46,252 units during the first half of 2018 and recorded a net profit of 342 million yuan, Hong Kong-listed Geely said.

"The company made profit after only half a year," said An Conghui, who doubles as president of Zhejiang Geely and executive director of Geely Automobile.

An cited solid demand for the vehicle -- which the company touts as the first mass-produced model with a "share" button that lets the owner select times when the car could be rented for a fee -- saying customers queue up for three months to get it.

The backup results from short supply of the engines from Volvo, due to robust demand for the Swedish cars. But An pledged "a fundamental resolution to the problem by next January." Though Lynk already has made a profit, the venture has far to go by the end of the year to reach its annual target of 150,000 units. This figure represents part of Geely's annual volume goal of 1.5 million units, yet An said "no changes will be made" to either target.

Five new Geely-brand models and one or two from Lynk will be released in the latter half of 2018, and "that in itself" will stimulate sales, An said. The company also should benefit as the strong season for auto sales in China begins around this time of the year.

Lynk plays a crucial role in upgrading Geely's brand image and competitiveness. Though Geely-branded cars outnumbered most competitors by volume sales, the average unit price of 73,308 yuan represented just an incremental 0.3% increase from the year before.

Asked about this breakneck volume growth without a price hike, An noted that the unit price would rise by 7% if Lynk vehicles were included. The suggested retail price for the Lynk 01 model is between 158,800 yuan and 202,800 yuan.

Lynk also serves as a spearhead for Geely's globalization endeavor, along with Malaysia's Proton -- in which the Chinese automaker acquired a 49.9% stake from Malaysian conglomerate DRB-Hicom.

Reports of an upcoming initial public offering by Volvo Cars were dismissed. Daniel Li Donghui, who doubles as vice chairman of Geely Automobile and chief financial officer of Zhejiang Geely, said the group "has not made any relevant decision so far."

Li acknowledged that investment banks are "recommending the management to list." But the Swedish automaker is very profitable with an abundant cash flow and has "no fundraising need within a short period of time," he said.

The Financial Times recently reported that Volvo Cars intends an IPO later this year in Stockholm with a possible secondary listing in Hong Kong, where its valuation could reach $30 billion.

The stock market response to Geely's robust results, announced during the lunch break, was muted. Shares closed at 16.54 Hong Kong dollars, a 0.97% rise, edging out the benchmark Hang Seng index's rise of 0.62%.