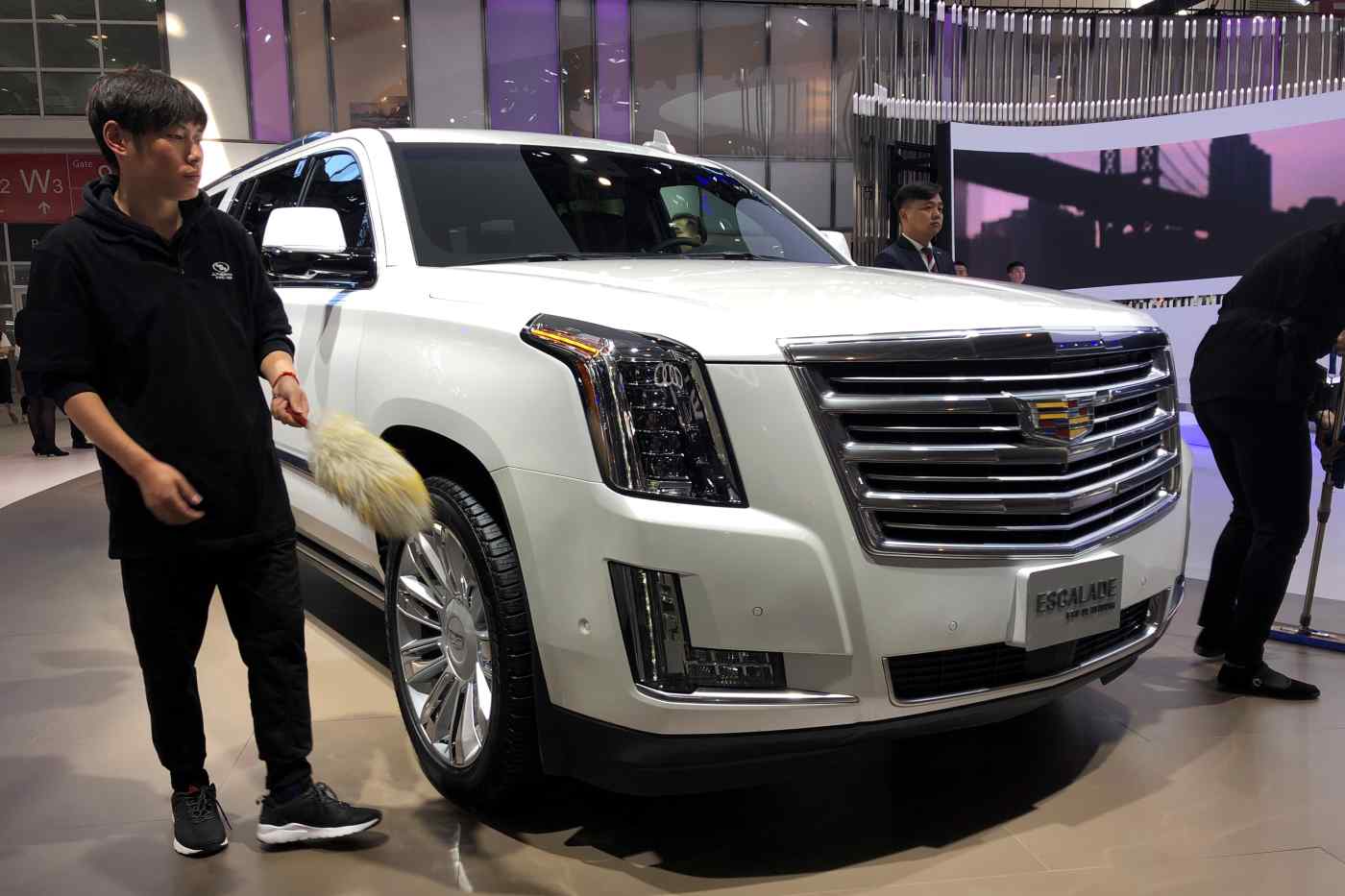 A Cadillac Escalade SUV by General Motors Co of the U.S. is displayed during a media preview of the Auto China 2018 motor show in Beijing, China April 25.   © Reuters
October 8, 2018 23:36 JST | China
CopyCopied

SHANGHAI (Reuters) -- General Motors Co's quarterly sales in China fell for the first time in over a year, hit by faltering economic growth and a wider slowdown in the world's biggest auto market amid a whipsawing trade war with the United States.

The U.S. carmaker sold 835,934 vehicles in the third quarter ended September, down a sharp 14.9 percent from a year earlier, which the firm said was due to a "softening" vehicle market and issues shifting to a new engine system with its Buick brand.

"The major reasons are a softening market, slowing lower-tier cities, Buick's engine change-over and a strong Q3 last year," a Shanghai-based GM spokeswoman said. She added the fall was not linked to trade tensions.

The fall marks the maiden drop since the first quarter of 2017, when GM's China sales fell 5.2 percent. GM switched to reporting only quarterly China sales earlier this year, scrapping monthly sales figures it had previously revealed.

GM has been shifting its Buick cars to a new type of more efficient three-cylinder engine to meet emissions targets, which Chinese dealers told Reuters had hit sales because consumers were not yet convinced by the smaller engines.

"Many consumers still have concerns because they read negative comments about three-cylinder technology online, which aren't really fair," said a sales manager surnamed Hu at a Buick dealer in Zhejiang province.

China, the world's largest auto market, is critical for the U.S. carmaker. It sold over 4 million vehicles in the country last year, even more than it sold in the North Americas market.

GM's sales in China inched up 0.7 percent in the second quarter of the year, slowing from an 8 percent rise in the January-March quarter.

GM's joint venture in China, Shanghai GM, will also recall over 3.3 million Buick, Chevrolet and Cadillac vehicles from Oct. 20 due to a defect with the suspension system, a Chinese regulator said earlier this month.