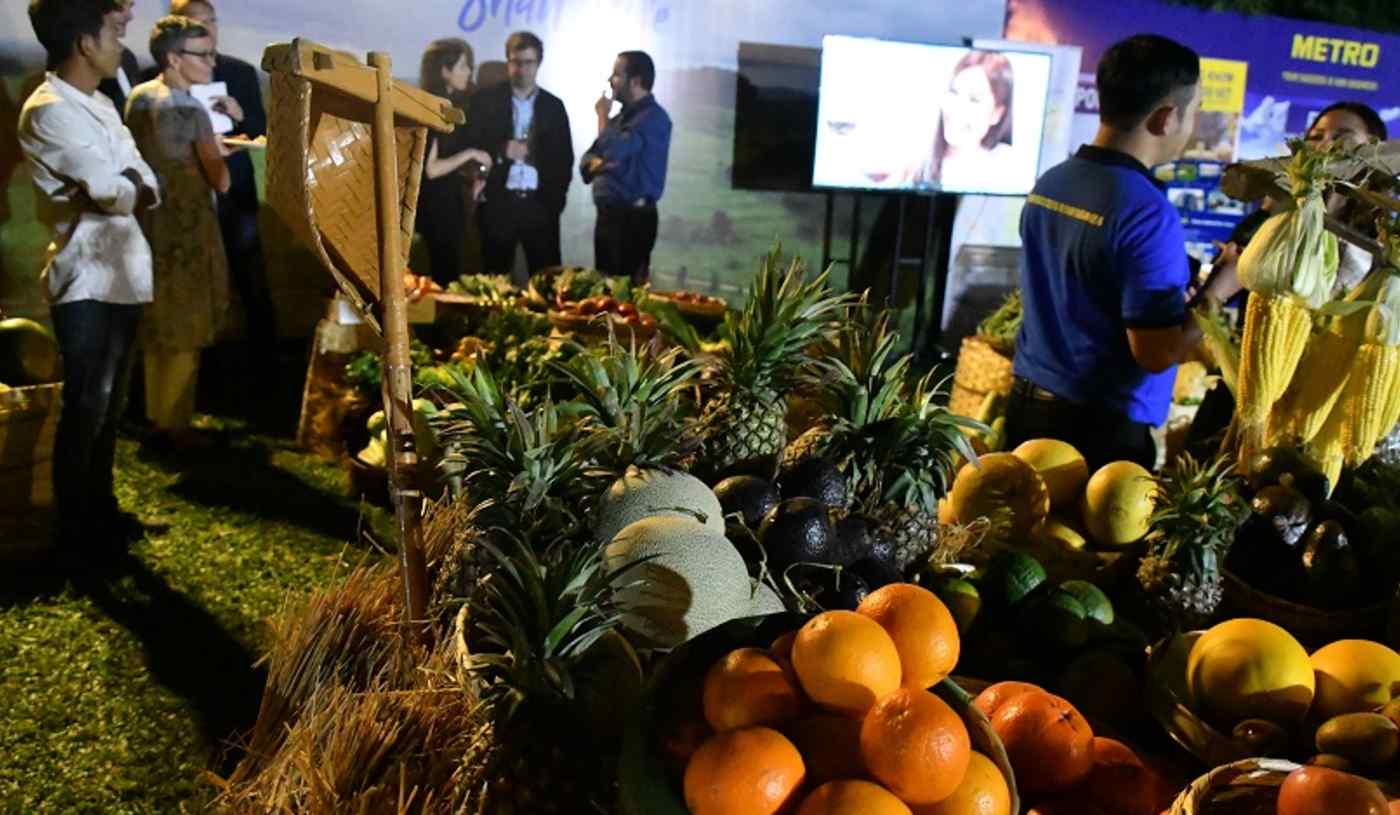 YANGON -- German wholesaler Metro has opened a massive logistics center near Yangon serving hotels and eateries, betting on the industries' growth as tourist traffic from other parts of Asia picks up.

The 5,800-sq.-meter facility located inside the Thilawa Special Economic Zone went into full swing in early March, supplying fresh food and other items to hotels and upscale restaurants serving foreign tourists. Initial investment in the site totaled around $10 million.

Frankfurt-based Metro's focus on Myanmar is unique, as many Western companies avoid Myanmar over the humanitarian crisis surrounding the Rohingya Muslim minority. Metro secured a $20 million loan from the World Bank Group in February, and plans to step up investment in the country.

In 2018, visitors from western Europe and the North America decreased 20%, according to Myanmar's Ministry of Hotels and Tourism. Meanwhile, visitors from Asia rose 12%, driving an overall increase of 2.6%. Those from China jumped nearly 40%.

Myanmar in October introduced a visa-on-arrival program for Chinese visitors. With this year's Lunar New Year holidays starting in January, Chinese visitors that month doubled from a year earlier. A visa-waiver program introduced in October for Japanese and South Korean tourists boosted arrivals from those two countries 31% year on year for the four months through January.

Myanmar is Metro's 36th country of operation and the first foreign market it has entered since 2010. The company in 2017 set up joint venture Metro Wholesale Myanmar with local conglomerate Yoma Strategic Holdings. Owned 85% by Metro and the rest by the Singapore-listed partner, the venture began operating last year and now handles 2,000 items and serves about 300 businesses.

Metro has taken a new approach in Myanmar to reflect its companywide digitization push, operating through e-commerce rather than the conventional cash-and-carry method used at self-service wholesale outlets. Clients place orders online, either on a website or a mobile app. Orders are then shipped directly from the warehouse, with produce, meat and fish packaged per customer request and managed digitally using bar codes. This makes information such as the origin of a product traceable.

Metro aims to source 75% of its merchandise from within Myanmar, Michel said at the opening ceremony March 8 at the Pegu Club, a historic building from the British colonial era. The plan is to make Myanmar an export hub in the future.

Metro is increasingly paring back the retail side of its operations to focus on wholesale. It concluded the sale of department store business Galeria Kaufhof in 2015, and split appliance company Ceconomy in 2017. Metro also intends to sell its Real chain of hypermarkets.

Metro has a presence in markets like China, Japan and India, but in 2016 it sold its Vietnamese operations to Thai conglomerate TCC. Chinese e-commerce leader Alibaba Group Holding is in talks to take a stake in Metro's China operations, Reuters reported last month.

Though Myanmar's present business environment has potential for Metro, it could be called challenging as well. With visits from Western visitors on the decline, hotels are growing more sensitive to cost in competing to attract tourists.

One logistics company that invested in building a temperature-controlled, or "cold," supply chain, expecting demand stemming from a need for fresh ingredients, said demand for the cold chain had not grown as much as was hoped and regular supply networks were getting more use. But in the medium term, if freshness and safety become higher priorities among Myanmar's middle class and foreign visitors, the group's digital technology and supply chains may become the industry standard, validating its forward-looking investment.