TOKYO -- After hemorrhaging red ink in resource operations, Sumitomo Corp. intends to change its business focus as well as its "follower" mentality to realize an earnings recovery.

The Japanese trading house said Wednesday it will book a net loss in fiscal 2014 due to impairment losses tied to resource projects. In addition to the bigger-than-expected drop in crude oil prices, "our experience wasn't sufficient to provide an adequate understanding" of the resource business, President Kuniharu Nakamura told a press conference. 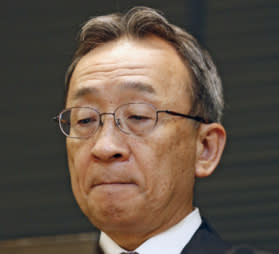 Sumitomo President Kuniharu Nakamura has acknowledged that mistakes were made in the resource segment.

Sumitomo had beefed up investment in oil, shale gas, iron ore and other resource projects so that interests in this field would account for 20% of its total assets, up from a little over 10% now.

But things have not turned out well. The company will book a loss of roughly 200 billion yen ($1.65 billion) this fiscal year for a shale oil development project in the U.S., for instance, because drilling costs were higher than planned. It had poured more than 200 billion yen into this project in the state of Texas.

Rivals Mitsubishi Corp. and Mitsui & Co., which started resource development in the 1960s, now hold interests in highly profitable projects by capitalizing on their experience and relationships with resource companies. But Sumitomo has lacked know-how in process control and in accurately predicting a project's profitability.

Sumitomo may have been acting in haste to catch up. That its long-held position as one of Japan's top three trading houses has been undermined with Itochu taking the No. 3 spot may have also pressured Sumitomo. On top of that, No. 5 Marubeni is closing in.

In the medium-term plan unveiled Wednesday, Sumitomo listed the automotive and infrastructure fields as among its new focuses. As more cars are expected to adopt aluminum bodies to curb vehicle weight, Sumitomo plans to work with a group unit to ramp up production of the metal.

In infrastructure, the company intends to develop industrial parks and install such communications equipment as antennas abroad.

The trading house has been known to be extra cautious about starting new operations. It would normally wait for others to get their feet wet first before taking action. But it now has no choice but to change that mentality.

The plan calls for a net profit of 230 billion yen next fiscal year and of over 300 billion yen in fiscal 2017.

A key challenge is to raise morale within the company, as a heavy air has settled over offices since Sumitomo first announced the loss projections in September.

Risk management will be an essential aspect as well. Although other trading houses are also booking losses from resource operations this fiscal year, Sumitomo's are exceptionally high.

Even as the Tokyo-based company sharpens its focus on nonresource businesses, it will continue to hold stakes in major resource projects, including copper mines in Chile. Effective use of a new risk management method announced along with the new business plan will be vital to its earnings recovery.