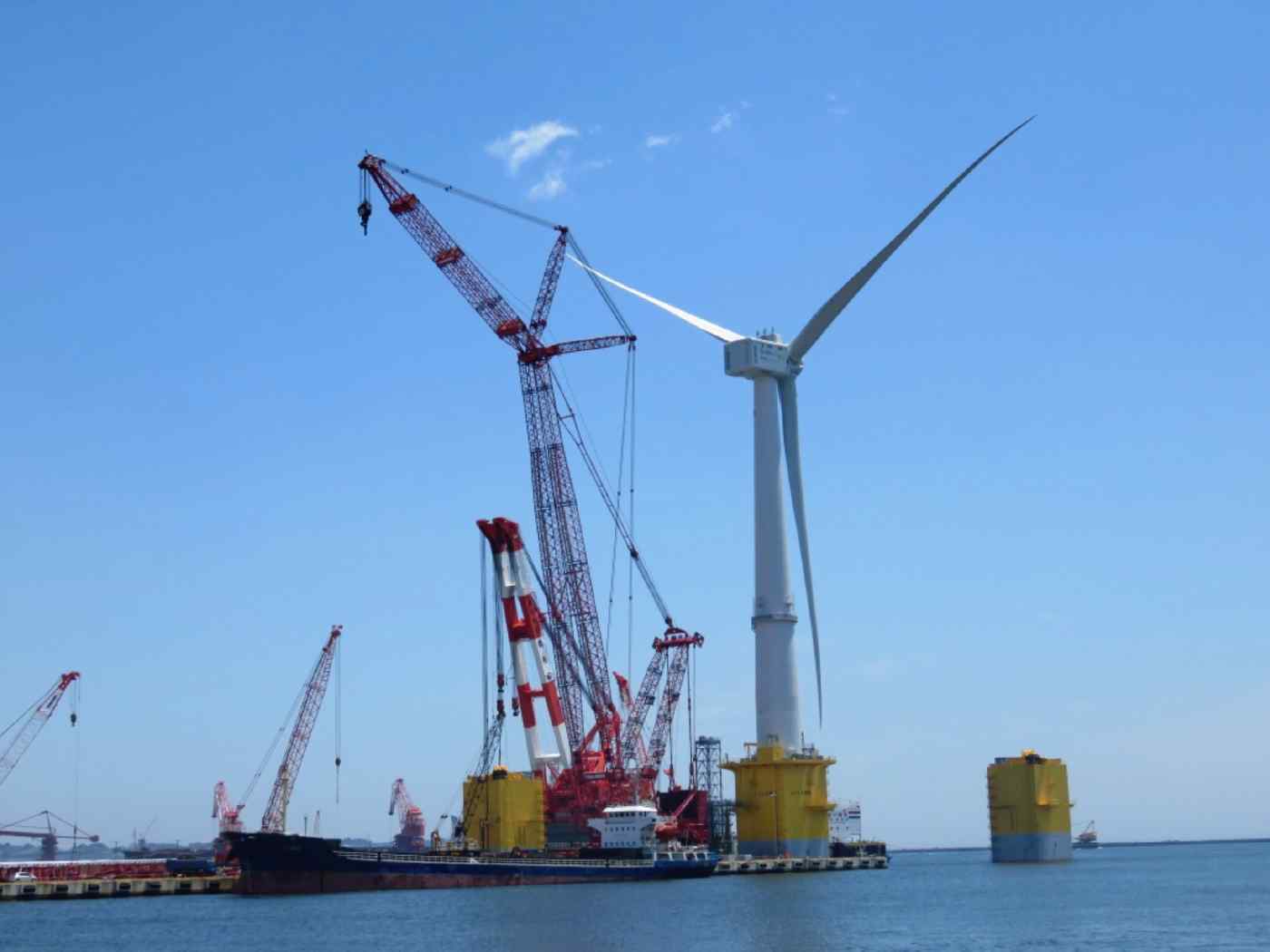 Key players include General Electric of the U.S. and Germany's Siemens, which are set to introduce wind turbines specifically targeted at Japan, where the storm-prone climate necessitate more durable construction. The companies are also attracted to Japan because its relatively slow introduction of wind power means more room for growth. Japan's total installed capacity of wind power facilities was still low at 3.37 million kilowatts at the end of fiscal 2016, about the figure for three nuclear reactors combined. Wind power also represents a meager 0.5% of the nation's total power supply.

The introduction of wind power has been slow due to the relatively weak winds in Japan, resulting in lower output compared to, for example, European countries. A regulatory requirement to conduct time-consuming environmental impact assessments on large wind facilities with capacity of 10,000kW or more, also slowed progress of large projects.

In addition, a 2007 amendment to the building standards act introduced stricter requirements on turbine designs, followed by the termination of government subsidies.

But the tide is finally turning as large projects are completing environmental impact assessment, which has taken four to five years, paving the way for construction and once again making Japan an attractive market.

GE restarted wind power efforts in Japan in 2014 and has developed a 3,800kW turbine, which improves on the generation efficiency of the predecessor model and optimized for the country.

The turbine, the first GE has developed specifically for Japan, has a rotating diameter of 117 meters, 15 meters larger than the company's previous 3,200kW model, to boost generation capacity. Instead of offering its existing 130-meter model, the company opted to develop the new turbine with smaller blades in view of Japan's typically narrow roads over which it will have to be transported. Instead, its capacity was improved through adoption of more efficient parts, for example.

Having sold over 400 wind turbines in Japan, GE aims to start by seeking business from its existing customer base.

Siemens also developed a new turbine with an improved capacity of 4,000kW, planning to introduce it in Japan in 2018.

The company also designed the new turbine to withstand strong gusts by reinforcing the blades with thicker glass fiber in reinforced plastic, the material used in them.

Both companies aim to obtain the Class-T international certification given to equipment that can withstand typhoons.

Among domestic players, Hitachi has developed a 5,200kW wind turbine for offshore use, which it plans to sell also for land use if it wins deals for large facilities. The company also plans to obtain Class-T for this turbine.

Cited by the Japan Wind Power Association as the "last remaining untrodden corner" of the wind power market along with Russia, Japan is an attractive market where wind power share remains less than 1% of total power generation. Compared with 10% for the Europe, the Japanese figure indicates substantial room for growth.

Yet another factor in favor of the Japanese market is that a U.S. tax incentive program for wind power expires at the end of 2019, making operating wind power in the country less attractive.

Meanwhile in Japan, large wind power projects are underway or in the pipeline. Eurus Energy Holdings, the country's largest wind power company, is building plants in northern parts of the northern prefecture of Hokkaido, including the city of Wakkanai, with total capacity of some 600,000kW. Eco Power and Electric Power Development, also known as J-Power, have also launched large projects. In 2018 or after, construction of a number of large plants of up to 100,000kW will get underway.

Japan has favored solar power as a key source of renewable energy because it is easy to install and there is no need for environmental impact assessments, but wind power has its own advantages. Its generation efficiency is higher than solar power, and in contrast to biomass energy, it does not require fuel, for example wood and palm kernel shells.