HSINCHU, Taiwan -- GlobalWafers, the world's No. 3 silicon wafer material maker, on Monday said its plan to spend around $450 million to expand production in South Korea is on track amid high prices and tight supply.

"The [agreement] that we signed previously with our South Korean partner will very likely become a reality ... we are still doing final checks on whether some key equipment for wafer-making could be delivered on time," said Doris Hsu, chair and chief executive of Globalwafers after the company's annual general meeting. "If everything materializes, the groundbreaking event for the new facility will be in September."

Yonhap news agency reported in April that the Taiwanese company has reached an agreement with South Chungcheong Province to invest around 480 billion won ($449 million) in its plant in Cheonan, a city 80km south of Seoul. GlobalWafers, whose bigger rivals are Shin-Etsu Chemical and Sumco, said in April that it was assessing investment plans but nothing had been decided.

Hsu said wafer prices would stay high into 2020, as her company has contracts to fulfil until 2020. "We are starting to negotiate and talk to clients about supplies from 2021 to 2025 and we don't see price correction for our 2021 contract now," she said.

GlobalWafers is a key wafer material supplier to major chip manufacturers such as Taiwan Semiconductor Manufacturing Co. (TSMC), Intel, Samsung Electronics, Infineon, STMicroelectronics, Texas Instruments and others. Wafers are substrate materials that chips are manufactured on.

The world's top three wafer makers and Silitronic and SK Siltron together control more than 90% of supplies in the global market. The wafer material industry was hit by the global financial crisis of 2008 and underwent consolidation, but has enjoyed a rebounding price since 2016. Hsu said her company did not see irrational capacity expansion by key players and that the market would remain healthy for years to come.

Future smart and electric cars, data centers, and new artificial intelligence computing needs are all boosting demand for semiconductors as well as wafer materials, according to Hsu.

However, Hsu said trade dispute between the U.S. and China could be a concern for her company if it continues to escalate and eventually hurt global economic growth. 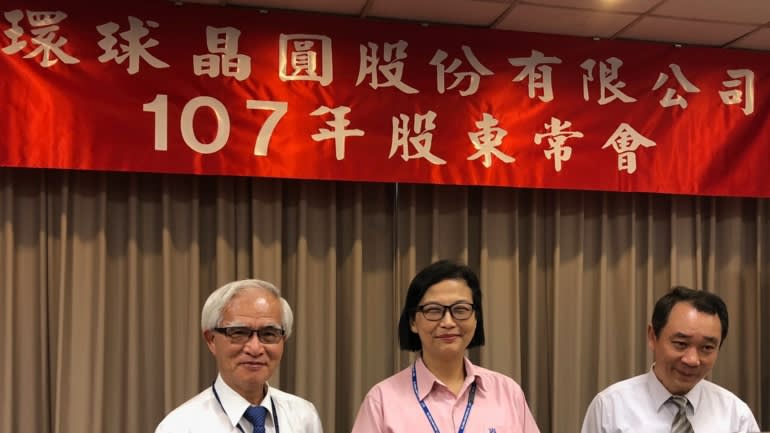 "We are monitoring closely whether the U.S.-China trade spat could later damage the world's economic condition and demand," said Hsu. "If the trade war is only limited between some countries, it won't have any impact on our business as we sell to customers globally"

GlobalWafers' revenue surged 151% to 46.21 billion New Taiwan dollars ($1.52 billion) in 2017, thanks to its acquisitions of SunEdison of the U.S. and Topsil Semiconductor Materials of Denmark in 2016. The company's net profit jumped 462% to NT$5.27 billion. For the January to March period, Globalwafers' sales advanced more than 31% to NT$13.9 billion while net income surged to NT$2.7 billion, from NT$348 million a year ago.

Shares of GlobalWafers close 0.3% lower at NT$490.5 on the Taipei Exchange. They have risen more than 20% so far this year.