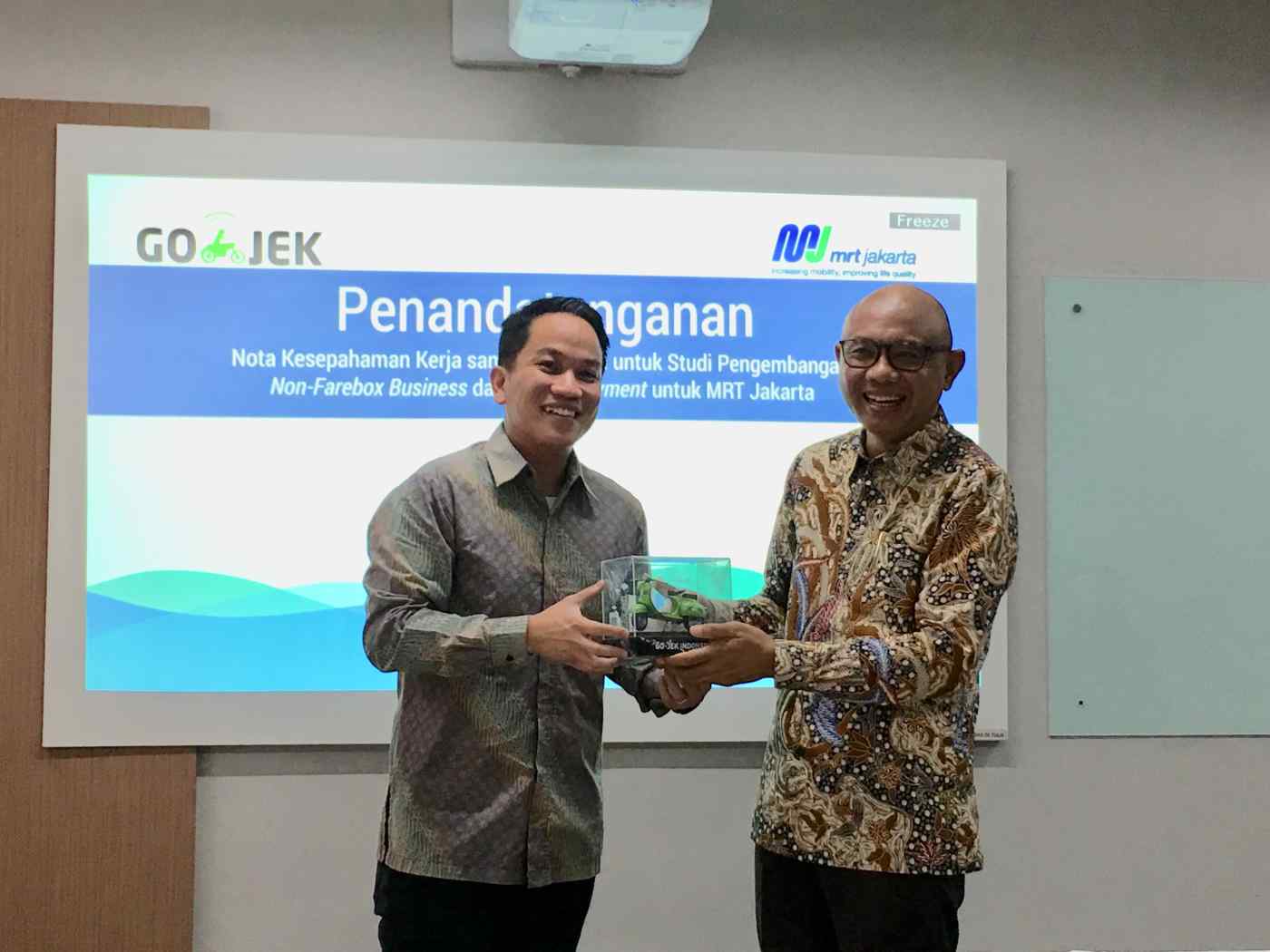 Under the memorandum, both companies will study ways of integrating the ride-hailing company's online payment system, Go-Pay, in selling train tickets as well as goods in station kiosks and the like. Both companies will look at ways of utilizing the vast amount of data Go-Jek has amassed, to decide what kind of food stores to install in the stations and surroundings.

"This is the first step to apply 'digital economy' to the users of MRT Jakarta, in order to bring efficiency and benefits" to commuters, said Go-Jek President Andre Soelistyo at a press conference on Tuesday. He said ride-hailing could become a "first mile-last mile" service in Jakarta, in which users would use Go-Jek to get to the MRT station, and use it again after getting off the train. This would result in more efficient transportation, compared to customers using the service for the entire journey.

"Integration of the two companies will create efficiency for both companies and for the people of Jakarta in terms of cost, time and practice," said William Sabandar, president director of MRT Jakarta.

The MRT project is backed by the Japanese government, and is set to start operating in March 2019. Connecting the north of Jakarta to the south, it is anticipated to create economic benefits worth an average of 15 trillion rupiah ($1.0 billion) from residential and commercial developments around each of the 13 stations. There is also a plan to link MRT stations directly with shopping malls.