GoJek to launch in Singapore in 'coming weeks' 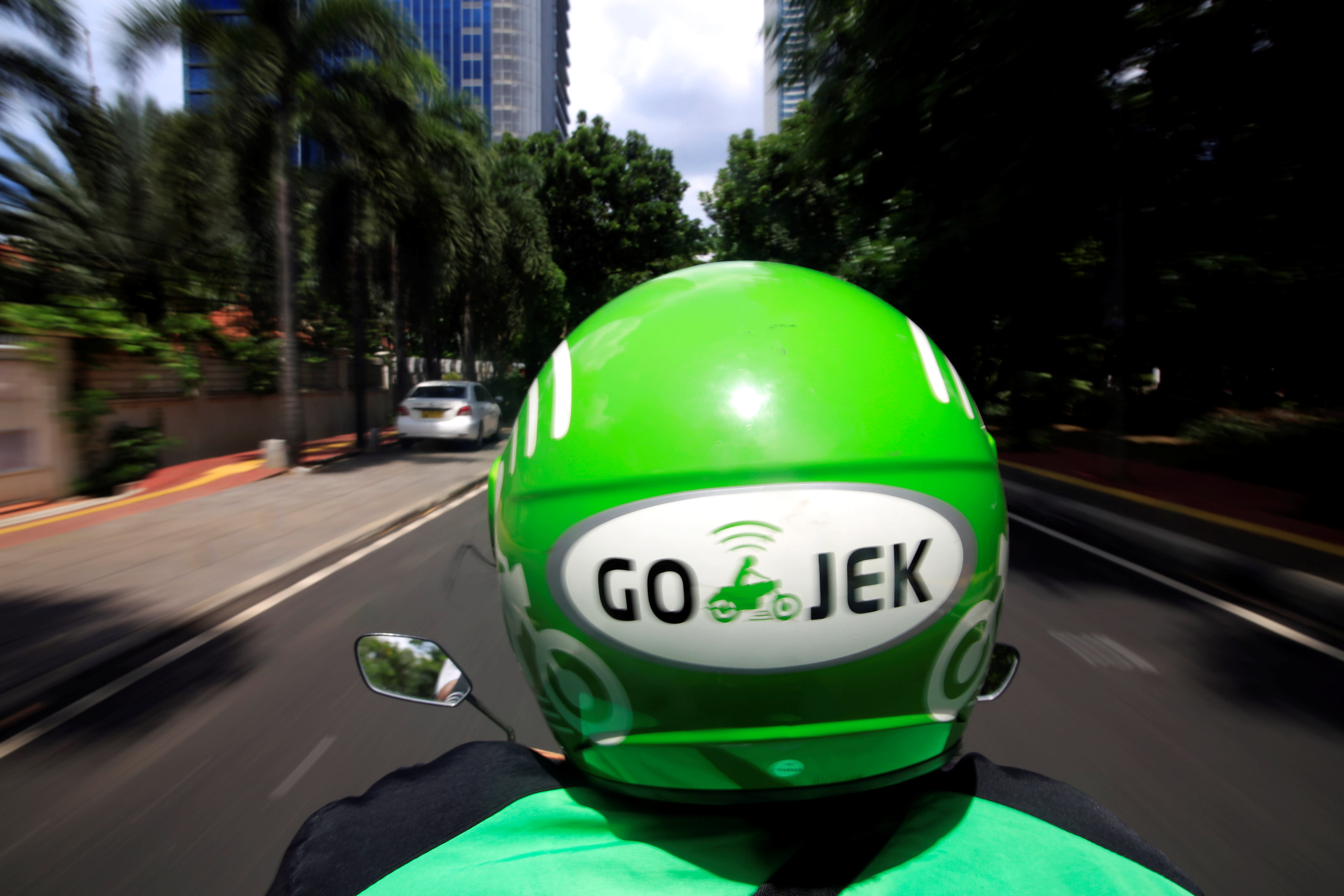 JAKARTA -- Indonesian ride-hailing operator Go-Jek will "within the coming weeks" start piloting its service in Singapore, challenging main rival Grab on its home turf, the company said on Monday.

Singapore will be Go-Jek's second overseas market; it launched operations in Vietnam in September through local partner Go-Viet. Its forays into neighboring countries are set to intensify its battle for regional dominance with Grab.

The company is also looking to expand into Thailand under the name GET, and the Philippines.

Go-Jek also announced "a regional strategic partnership" with Singapore's DBS Bank to work together on payment services in the city-state and other Southeast Asian countries. Preregistration for Singaporean drivers started in late October.

"We are committed to making payments simple, seamless and invisible for our customers," said Tan Su Shan, group head of consumer banking and wealth management at DBS. "In doing so we are stepping up to partner with like-minded companies like GO-JEK ... to build inclusive digital ecosystems."

Go-Jek launched its mobile wallet Go-Pay in Indonesia in 2016, helping it to attract and retain customers, and evolve from a motorcycle taxi-hailing application into a facilitator and provider of a variety of services.

The partnership with DBS is a signal of the importance Go-Jek places on payment services.

It also potentially speeds up the launch of payments in the city-state. Entering the sector would normally require scrutiny from the Singaporean monetary authorities, but having a local financial company on board could smooth the process.

Go-Viet has yet to launch its payment service in Vietnam, which it plans to do with VietinBank, as it is waiting to be granted the relevant license.

Nadiem Makarim, founder of Go-Jek, previously told the Nikkei Asian Review in an interview that payment "is so important," as it "is the glue that connects all the services."

That view is clearly shared by the management at Grab, which announced its own partnership with a financial company on Monday.

The company's "strategic alliance" with Singapore's United Overseas Bank will "pave the way for Grab to offer directly from its app a number of payment solutions from the Bank's holistic suite," according to a statement.

UOB will become Grab's "preferred banking partner" in the city-state, and will also be "a strategic credit card partner for Grab in Singapore, Indonesia, Malaysia, Thailand and Vietnam."

"By combining our strengths, we will offer consumers more convenient payments services regionally and help more people move from cash to cashless," said Anthony Tan, Grab's co-founder and CEO, in a statement.

The Singaporean company also announced last week that it has partnered with Thailand's Kasikornbank and introduced its payment service for its app in the country.

In Indonesia, Grab in June integrated Ovo, a digital payment platform developed by local conglomerate Lippo Group, as its own payments service GrabPay was suspended in the country last year.

Go-Jek's entry into Singapore will also liven up competition in the city-state's ride hailing market, of which Grab holds an 80%-90% share, according to June data from the Competition and Consumer Commission of Singapore.

Antitrust authorities in September imposed anti-competitive penalties on Grab, whose dominance in the Singapore's ride-hailing market solidified since its merger with the Southeast Asian operations of U.S. rival Uber.