GoPro is in the business of experiences, not electronics: CEO 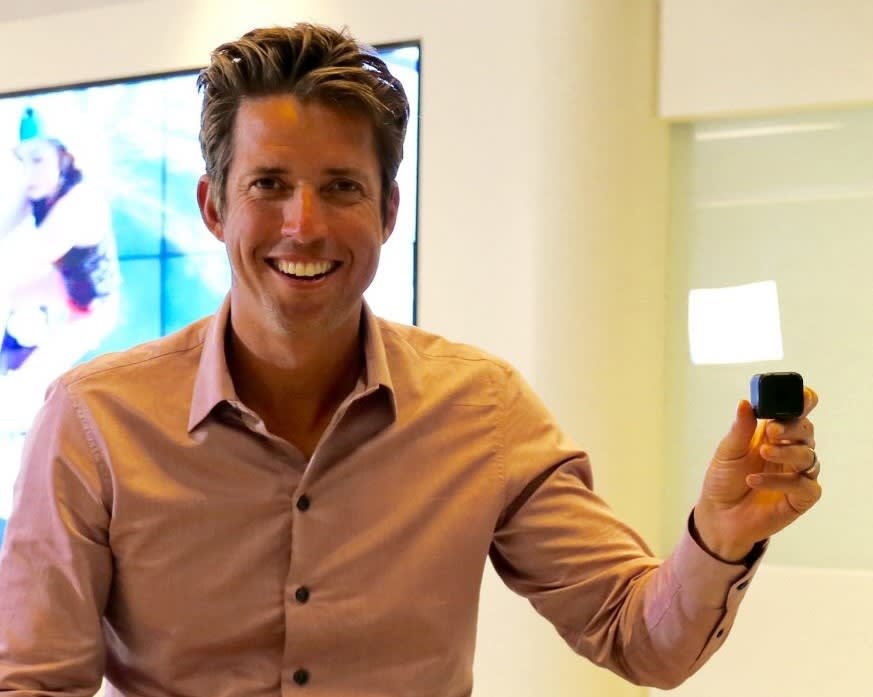 SILICON VALLEY -- GoPro sees its role as enabling people to create and share content, not merely as a camera manufacturer, founder and CEO Nicholas Woodman told The Nikkei recently.

Q: How do you see your competitors?

A: Well, Sony has been competing with us now, I want to say almost four years. And Panasonic a little bit longer.

We respect them but I think that we're in different businesses.

We see ourselves as a content-enabling business, not so much a hardware business.

Q: You have been talking about developing a cloud-based content management system and services. How is it going?

A: It's going great.

Right now, the majority of people's content probably stays on their SD card. People are busy. They don't have time to go home on a Sunday and spend four hours offloading content and editing something.

People want to capture. Then people want access. And the tools need to be easy. And there should be service options for people that don't even want to do it themselves, and we think that once we achieve that, then we'll really be realizing why somebody buys a GoPro in the first place; it's for the content; it's not for this! (indicating a GoPro camcorder) That's what Sony and Panasonic don't always understand. When people buy a GoPro, they're not buying this; they're buying the promise of this great piece of content that they can share with people.

Q: Camera companies are suffering from an erosion of their business by the rise of smartphones? Are you guys immune to that?

A: So far. Because the use case is different.

(Indicating smartphone) This is the most convenient "traditional" camera in the world, designed for the same use case of one person filming another person or another thing happening.

For me to put this on the front of my surfboard -- not such a good idea.

On a drone. How do I do that with this?

This is the best traditional camera in the world. This (indicating a GoPro) is something entirely different, for a different use case.

You could say one of the best things that ever happened to GoPro was the smartphone, because it made business so difficult for all of our other would-be competitors.

Q:How do you see the Japanese market?

A: I think it's still early days for us in Japan. We've recently hired some sales and marketing people there, and we're building out an office presence there for the first time, which is really exciting. So, while we've been [selling] in Japan for years, we are now recognizing that we need to have a presence there to succeed at the level we want to. We were relying primarily on our distributor.