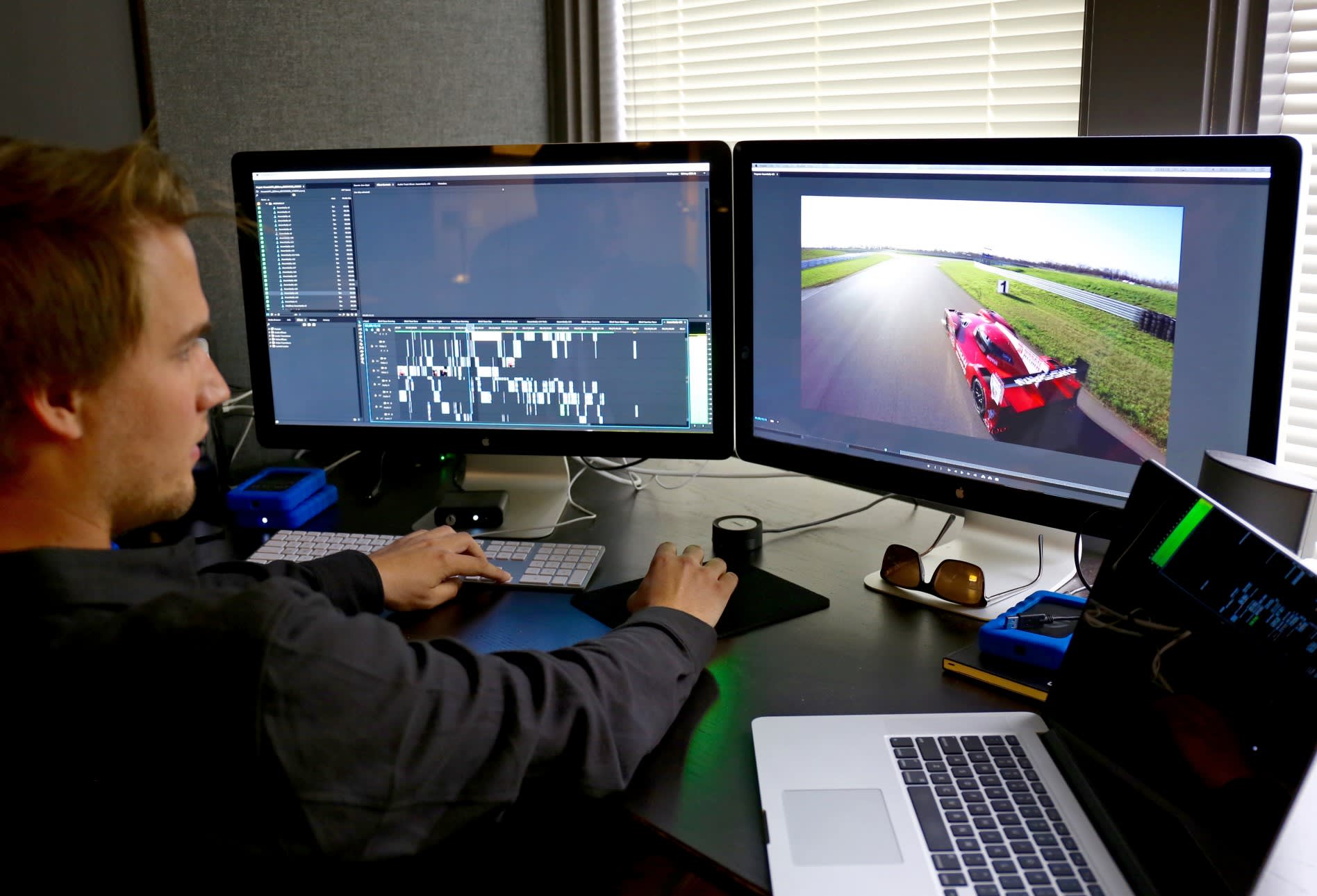 An employee editing video at GoPro headquarters in California. The company is developing is original content, adding a media side to its business.
JOSHUA OGAWA, Nikkei staff writerJuly 25, 2015 02:00 JST | Japan
CopyCopied

SILICON VALLEY -- Camcorders have changed a lot since the days the Japanese dominated the market. The new leader, California upstart GoPro, has achieved phenomenal growth by giving thrill-seekers the tools to take action shots of themselves and harnessing the marketing potential of this stream of content.

On July 6, GoPro released the Hero4 Session, an ice-cube-size camera half as small and 40% as light as the previous model and able to go 10 meters underwater without a case. CEO Nicholas Woodman said in a news release that the new product "combines the best of our engineering and user-experience know-how to deliver our most convenient life-capture solution, yet."

GoPro gained more than 10 percentage points of global market share in camcorders last year, advancing to 42.2%, more than double second-ranked Sony's take, according to research firm IDC. Even as overall camcorder shipments sank to 12.4 million from the year-earlier 13.5 million, the action camera segment, which GoPro pioneered, grew from 8.6 million to 9.2 million. Newcomers are taking to the field. 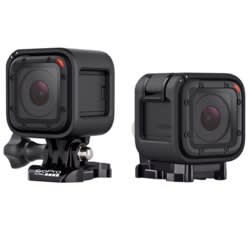 The Hero4 Session is half the size of its predecessor.

The company's action cams lack features found in digital cameras, including image stabilization, zoom, and, with few exceptions, LCD panels. But they are cleverly designed for having fun, both in filming and sharing. Woodman, who founded the company in 2004, says its cameras sprang from his desire to shoot cool surfing videos of himself. Skiers, bikers, and all sorts of other sports enthusiasts have taken to them. A wide range of accessories lets users set them up in novel ways -- placing them on surfboards, for instance -- letting their imaginations run wild.

As luck would have it, GoPro sold its first camcorder in 2005 -- the year YouTube burst onto the scene. Users began posting their GoPro videos on the site, trying to one-up one another with the most heart-pounding footage. This social media exposure piqued interest in the camcorders, creating a virtuous circle.

"GoPro's brand and business is built by our customers," Woodman told The Nikkei in a recent interview, adding that their shared content "is what has grown our brand." No ordinary camera manufacturer, the Nasdaq-listed company has a team of around 50 staffers who comb the Internet for videos uploaded by GoPro users. Such videos go up on YouTube alone at a rate of 15,000 a day; the volume doubled over the past year. GoPro selects choice clips and, with uploaders' permission, showcases edited versions on its website and elsewhere. Its official YouTube channel has more than 3 million subscribers. GoPro even creates original content, straddling the line between manufacturer and media company.

Head in the cloud

Cloud services now under development may hold the key to its next phase of growth.

The biggest complaint users have is the hassle of managing and editing their videos. "Right now, the majority of people's content probably stays on their SD card," Woodman said.

GoPro has hit on the idea of automatically uploading stored videos to the cloud while users charge their cameras. Making videos easier to manage and edit could encourage even more sharing, strengthening the interplay between hardware and content that has arguably been the formula for the company's success.

GoPro's innovation does not stop there. Next year will see the release of a drone for aerial shots. The company bought a French virtual reality startup in April and has joined forces with Google on developing hardware to capture 360-degree virtual reality images.

Analysts see low-cost Chinese competition as a threat to GoPro. But challengers will come up against a self-reinforcing ecosystem where hardware meshes with content.