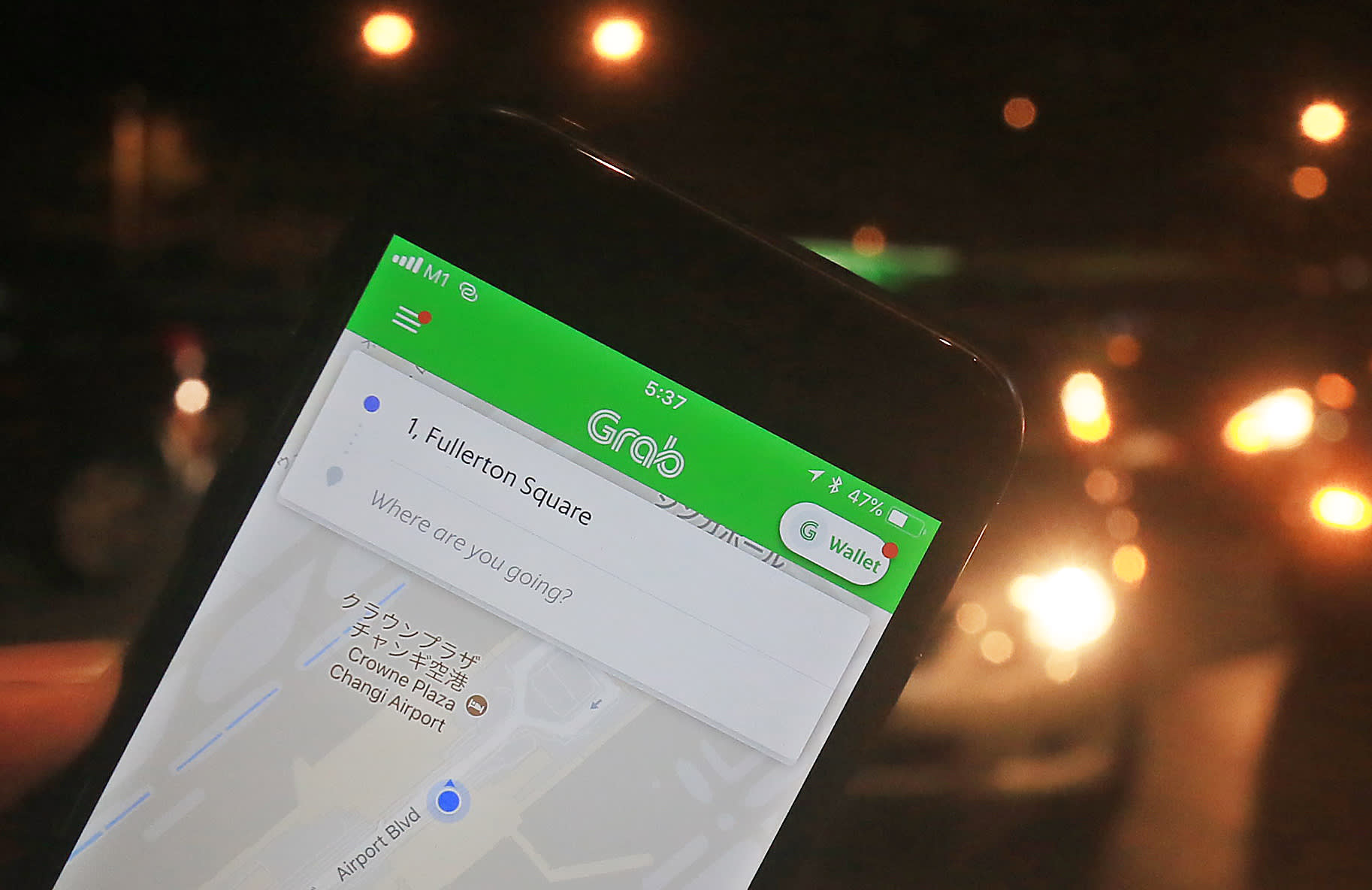 A screen shot of the Grab app in use in Singapore. (Photo by Ken Kobayashi)

SINGAPORE -- Ride-hailing app provider Grab plans to secure and expand its driver network by offering incentives through a tie-up with Samsung Electronics, as the Singapore-based operator faces strong competitions in the region.

Grab said Thursday that is has signed a memorandum of understanding with Samsung on digital services in Southeast Asia, in an effort to provide better working conditions for Grab's drivers and better service for customers.

Under the first phase of the partnership, the two companies will roll out a micro-financing program which allows Grab drivers to buy Samsung smartphones. This involves partnership with local banks, Grab said, and it has already worked with CB Bank of Myanmar. However, it did not disclose which other banks Grab and Samsung are partnering with under the program.

Grab currently has some 2.3 million drivers across the region, according to the company. It expects the micro-loan program will help attract more drivers to work with Grab.

"Southeast Asia is home to the world's fastest-growing emerging markets, yet many in the smaller towns and cities do not have easy access to the growing digital economy," said Anthony Tan, group chief executive of Grab, in Thursday's press release. Grab faces competition in the region from Uber Technologies and other services, and is trying to create better working conditions for drivers.

For Samsung, the partnership will create a broader channel to sell more and higher-end smart devices in a region which is increasingly embracing digital.

Lee Sang-chul, Samsung's president and CEO for Southeast Asia and Oceania business, said: "Through this collaboration, we hope to explore how we can work together to tap into the massive growth opportunity of Southeast Asia's digital economy."

In addition to the micro-financing program, Grab will set up booking booths in shopping malls and hotels, where users can book a car on a Samsung device. According to Grab, it already has set up such booths in Indonesia and Myanmar, and expects to expand into other countries, including Vietnam, this year.

The two companies did not disclose much about their longer-term plans of the partnership, but they said they will collaborate on mobile payments. Grab is currently promoting its GrabPay smartphone payment services, not only for its cars but also for retailers and restaurants.