Greensill files for administration and warns of GFG 'defaults' 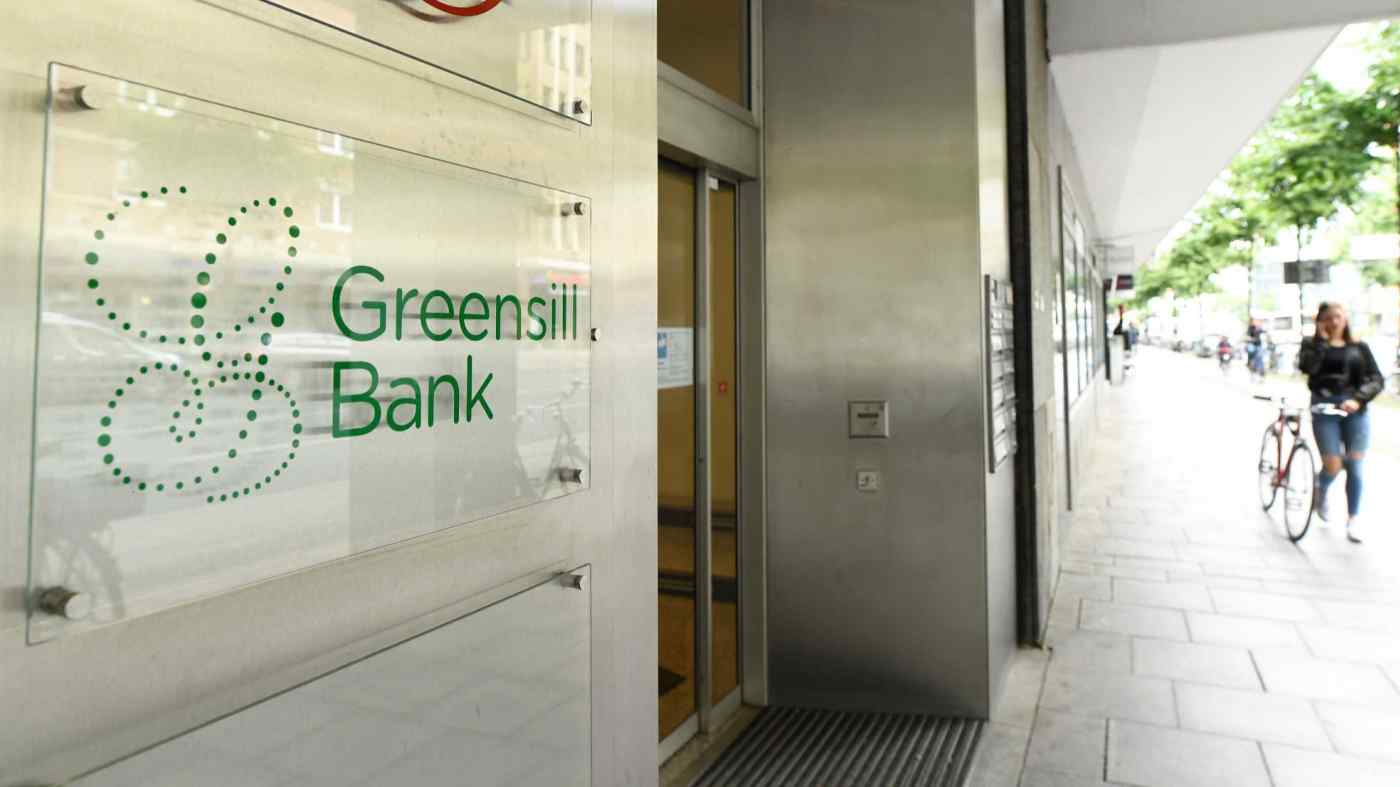 Greensill Bank in Bremen: Greensill's filing for administration marks the latest stage of the unravelling of a SoftBank-backed company with operations that extend from the UK to Australia.   © Reuters
March 9, 2021 04:51 JST | Europe
CopyCopied

LONDON (Financial Times) -- Greensill Capital has filed for administration, warning it is in "severe financial distress", unable to repay a $140 million loan to Credit Suisse and hit by "defaults" from its key customer GFG Alliance.

Lawyers for Greensill appeared before a UK court on Monday in a move that potentially paves the way for the US private equity group Apollo Global Management to buy parts of the ailing business.

The filing marks the latest stage of the unravelling of a SoftBank-backed company that had sought a $7 billion valuation last year, with operations that extend from the UK to Australia.

Greensill specializes in supply-chain finance, where businesses borrow money to pay their suppliers. It was thrown into crisis last week after its main insurer refused to renew a $4.6bn contract and Credit Suisse froze $10 billion of funds linked to the firm, depriving it of an important source of funding.

Greensill's lawyers said on Monday that the loss of this insurance contract "caused the real crunch". They added that Greensill had about $5bn of exposure to metals magnate Sanjeev Gupta's GFG Alliance group of companies, which is "currently experiencing financial difficulties" and has "started to default" on obligations to Greensill.

According to court documents, GFG said in a letter on Feb. 7 that if Greensill stopped providing it with working capital, it would collapse into insolvency.

GFG's operations -- which include companies such as Liberty Steel -- continued to trade on Monday but if the group were to fail, it would put tens of thousands of steel and engineering jobs at risk, spanning 30 countries, including the U.K., France, Australia and the U.S. GFG employs 35,000 people worldwide.

In the U.K., it is the third-largest steel producer, employing about 3,000 people, with a further 2,000 employed in engineering and manufacturing. Business secretary Kwasi Kwarteng held an emergency meeting on Sunday with Jon Ferriman, chief executive of Liberty Steel. Union officials are due to meet Gupta on Tuesday to seek assurances over the future of the businesses.

"Sanjeev Gupta needs to tell us exactly what the administration means for Liberty's U.K. businesses and how he plans to protect jobs," a spokesperson for the Community steel union said. "The future of Liberty's strategic steel assets must be secured and we are ready to work with all stakeholders to find a solution."

Plant closures would leave a big hole in the U.K.'s domestic metals industry. Gupta's plants are among the last in the U.K. to make both raw metal - the aluminum smelter in Lochaber, Scotland - and specialist steel sections.

There would also be political embarrassment. The Scottish government has provided financial assistance to the Lochaber aluminum smelter, and Gupta has been feted in England as a potential savior of the struggling steel industry.

Greensill's lawyers said in court that Credit Suisse, citing "events of default", had demanded repayment of a $140 million loan it provided to Greensill in October. The lawyers said that Greensill had "no conceivable way" of repaying it.

The court hearing provided the most detailed account of Apollo's attempts to acquire viable parts of Greensill Capital, a deal that would not save shareholders that include SoftBank's Vision Fund, which poured $1.5 billion into the company in 2019.

Apollo has made a $59.5 million cash offer for Greensill's intellectual property and IT systems that would involve it taking on "the majority" of the more than 500 employees of its U.K. business Greensill Capital Management Company, according to the court documents. The U.S. group is "the only credible bidder", the documents say. Apollo would not take on any financing for GFG, people familiar with the matter said.

Apollo's lawyer told the court the talks were still going on and there were "still a few matters to be sorted out" before a deal could be finalized.