GungHo gallups into its cross-media future 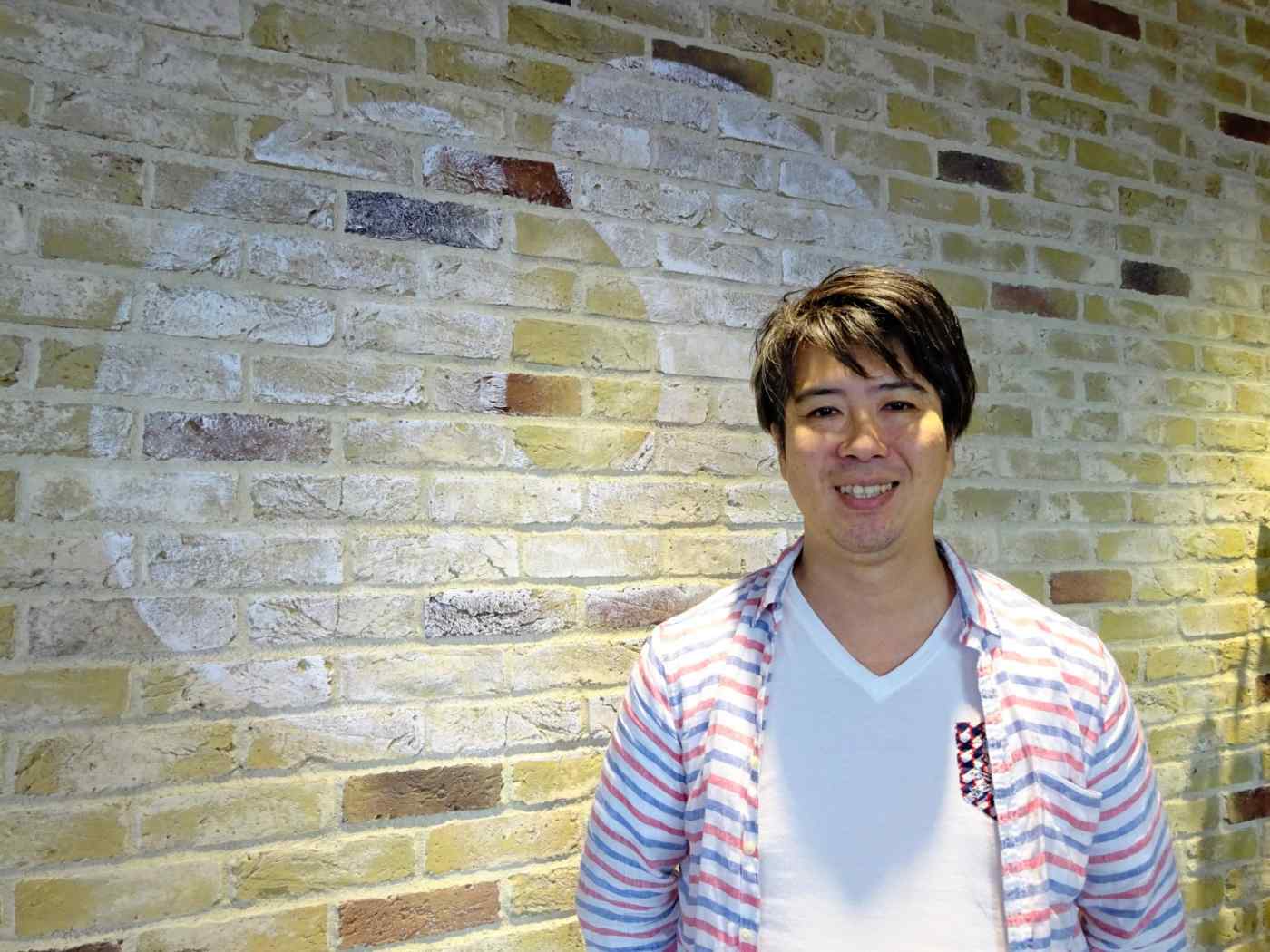 GungHo President Kazuki Morishita is confident that his company can stand on its own feet after it buys out SoftBank's stake.
YUJI NITTA, Nikkei staff writerAugust 4, 2016 19:00 JST | Japan
CopyCopied

TOKYO -- GungHo Online Entertainment is in a hurry. It has a hit smartphone game on its hands in "Puzzle & Dragons" that it is trying to turn into a cross-media phenomenon.

The Tokyo-based company has been adapting its signature game for various platforms and media. The game has been ported over to the Nintendo 3DS console. Publisher Shogakukan is serializing it in its "CoroCoro Comic" monthly manga magazine. TV Tokyo has turned it into an anime series that began airing on July 4.

And on July 28, "armor drop" toys were rolled out that can be used in the much-awaited new titles for 3DS, "Puzzle & Dragons Cross:Kami no Sho(God Chapter) /Ryu no Sho(Dragon Chapter)", introduced on the same day.

If all goes according to plan, Puzzle & Dragons will go from being a popular game that has epitomized the smartphone era into a full-blown entertainment franchise.

Stories will be built around Tamazo, a character that has been around since the smartphone game first launched, GungHo President Kazuki Morishita said. The strategy follows in the footsteps of other games that have crossed the border into manga and anime: A beloved nonmain character is cast in the spotlight. Think Slime from the "Dragon Quest" role-playing video game and Pikachu from "Pokemon." Each has left a longer-lasting impression than the original main characters.

Since its launch in 2012, Puzzle & Dragons' smartphone app has been downloaded over 40 million times. This has made GungHo a pioneer in Japan's smartphone games industry. But the company's quarterly sales have fallen from a peak of nearly 50 billion yen ($493 million) to below 30 billion yen today.

No worries. The game "has gained the status of being something of a 'national sport'," Morishita said, rather contentedly. 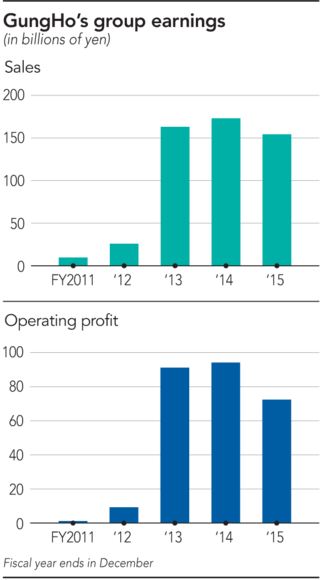 The slowdown, the president believes, is a chance to turn something that looks like a passing craze into an entertainment staple. If the game continues as a top money-making app, it can be a powerful cash cow that generates funding for future projects.

Morishita is not worried. The "cash will soon be replenished," he said, partly by sales of in-game items.

GungHo was born when, at the request of SoftBank, the entrepreneurially minded Morishita took over Onsale Japan, SoftBank's online auction unit that had become insolvent. If agreeing to this request sounds like asking for problems, consider also that Morishita had to personally guarantee the company's liabilities.

But it also gave Morishita the chance to further his relationship with and learn from Masayoshi Son, SoftBank's visionary founder.

Perhaps because of this history, some observers are concerned about GungHo's sudden departure from its parent.

Now this rankles Morishita, though only slightly. "Nothing about GungHo will change," he said.

First, GungHo wants to consolidate its revenue base in Japan with its cross-media strategy. Then, it wants to venture overseas or launch new businesses to create additional revenue streams.

Morishita understands all too well that a single overwhelming success could cause onlookers to think "one-hit wonder," then do a quick about-face.