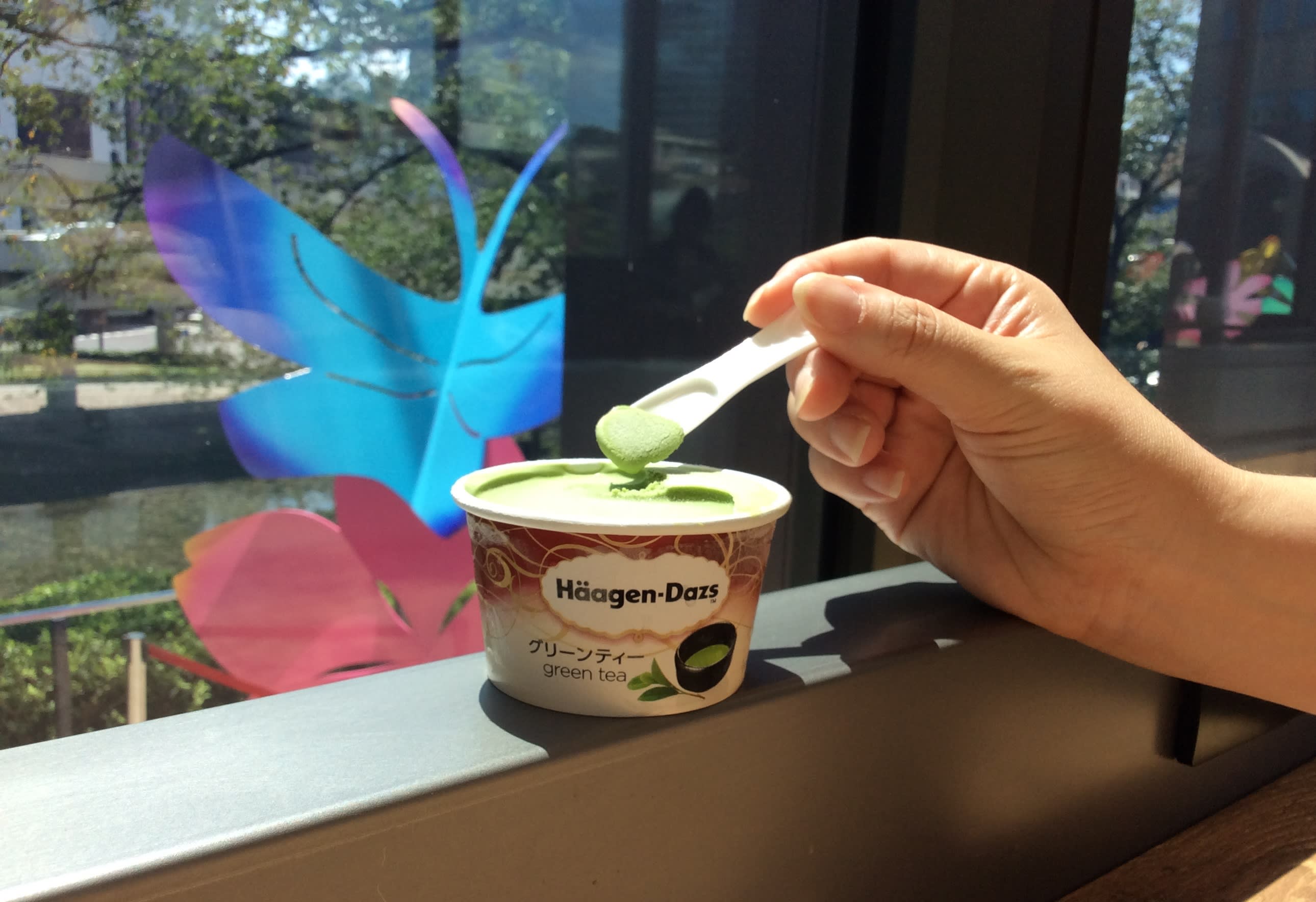 TOKYO -- In the late 1980s, when members of Haagen-Dazs Japan suggested coming up with their very own flavor, based on matcha, the traditional Japanese tea used in tea ceremony, the response from New York headquarters was a definitive "no." Haagen-Dazs was an American ice cream, and the thought of a bitter green tea flavor lining up next to the brand's signature ice creams was not alluring to the top brass.

So the Japan team invited members from headquarters to the ancient capital of Kyoto, to sit in a traditional tea ceremony and understand the history and culture behind the dark green tea. After seven years of convincing and persuading, tasting and critiquing, Haagen-Dazs Japan released its first local flavor in 1996. It was an immediate hit, selling twice as much as the undisputed favorite, Vanilla. This year, Haagen-Dazs Green Tea celebrates its 20th anniversary, with the flavor being produced in all three Haagen-Dazs production sites around the world -- Japan, France and the U.S. It is especially popular in Asian markets such as mainland China, Hong Kong and Singapore.

"So far, we have released 120 flavors in the Japanese market, such as Red Bean, Black Sesame and Purple Sweet Potato, but the Green Tea flavor has been the breakaway favorite by far," said company spokeswoman Sayomi Mikami. Throughout these 20 years, it has constantly been in the top three most popular flavors, alongside Vanilla and Strawberry. While the ice cream is also produced in France and the U.S., the initial process -- from picking the tea leaves to grinding into powder -- is all done in Japan. Matcha tea leaves are susceptible to heat and sunlight, so the grinding process takes place in a dark factory. The leaves are placed in a grindstone and ground slowly so as to avoid heat, which kills the green color and can alter the taste. "We can only process several dozen grams per hour," Mikami said.

Over the 20 years, the company has introduced variations on the flavor, such as Green Tea Latte, Cookies & Green Tea, and Green Tea Truffle. On Tuesday, the latest addition was released in supermarkets and convenience stores around Japan. Green Tea Fondue is a crispy ice cream sandwich that features slightly bitter, green wafers -- a first for the company.