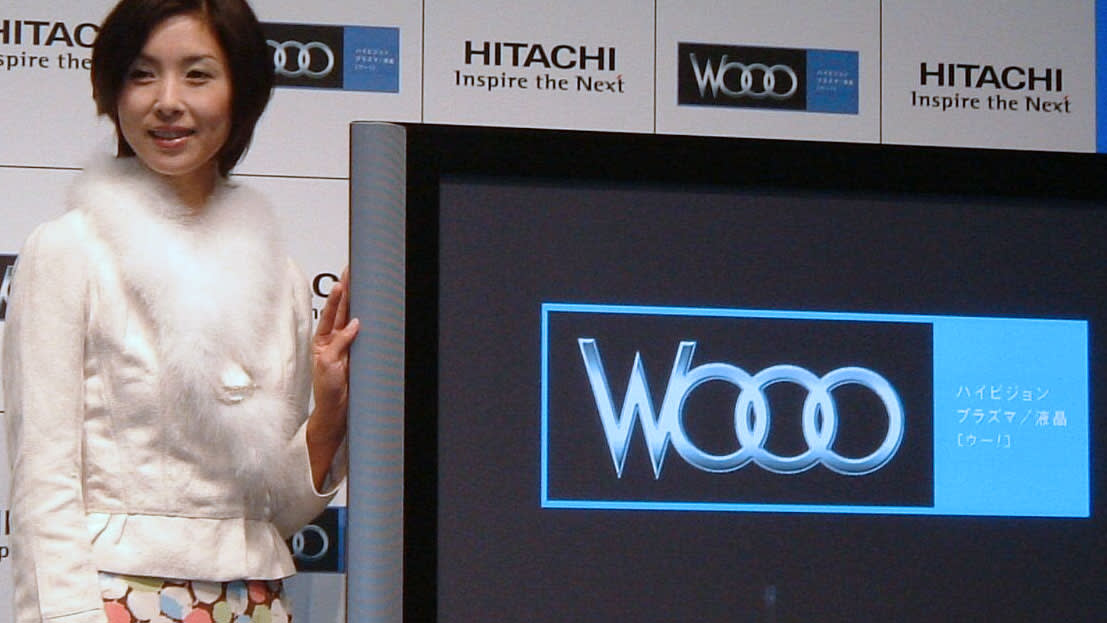 TOKYO -- Hitachi will stop selling televisions under its own brand in Japan this fall and instead offer Sony products through its dealerships, aiming to preserve a vital sales network even as the company beats a retreat amid a shrinking market.

Hitachi announced Tuesday that affiliated dealerships will sell Sony's Bravia brand TVs from October under a new partnership. As Hitachi moves toward internet-connected products and services, it has decided to maintain retail channels for consumer appliances, which are useful in harvesting customer data.

Hitachi already has a diminished presence in the Japanese TV market of 4.2 million units. The company sold 60,000 to 70,000 of its Wooo brand TVs in Japan last year -- a roughly 1% share.

The company's Japanese sales reached 1.4 million units in fiscal 2010, when demand surged ahead of the full changeover to digital terrestrial broadcasting in 2011. But even then, its market share amounted to only 4% or so.

Hitachi first released 14-inch TVs back in 1956. Picture tube color sets debuted later and were pitched in commercials by legendary baseball player Sadaharu Oh. The market began to slow in the late 1990s. Hitachi and Fujitsu formed a joint venture for large plasma display panels in 1999.

But newer, highly cost-competitive rivals like South Korea's Samsung Electronics gained traction in markets like the U.S. Though the Japanese market has seen temporary uptrends, the profitability of Hitachi's TV business has gradually declined. The company stopped TV production in 2012 and has since outsourced manufacturing. TV shipments in Japan have fallen by half over two decades.

Selling Sony TVs at Hitachi dealerships helps minimize the pain to the 4,000 or so affiliated dealerships across Japan. Hitachi has no capital ties to the stores.

Hitachi has a 30% market share in both refrigerators and washing machines in Japan and claims 10% of the market for LED lighting. As it tries to nurture its Lumada "internet of things" platform into a major revenue source, a white goods business offering a variety of consumer data is strategically valuable.

Amazon.com has unveiled microwave ovens with smart speakers that help the company collect consumer data. Unlike audio-visual equipment such as TVs, the domestic market for consumer appliances remains stable at around 2 trillion yen ($17.7 billion). In such a business landscape, Hitachi made the wrenching decision to preserve a sales network by relying on Sony TVs.