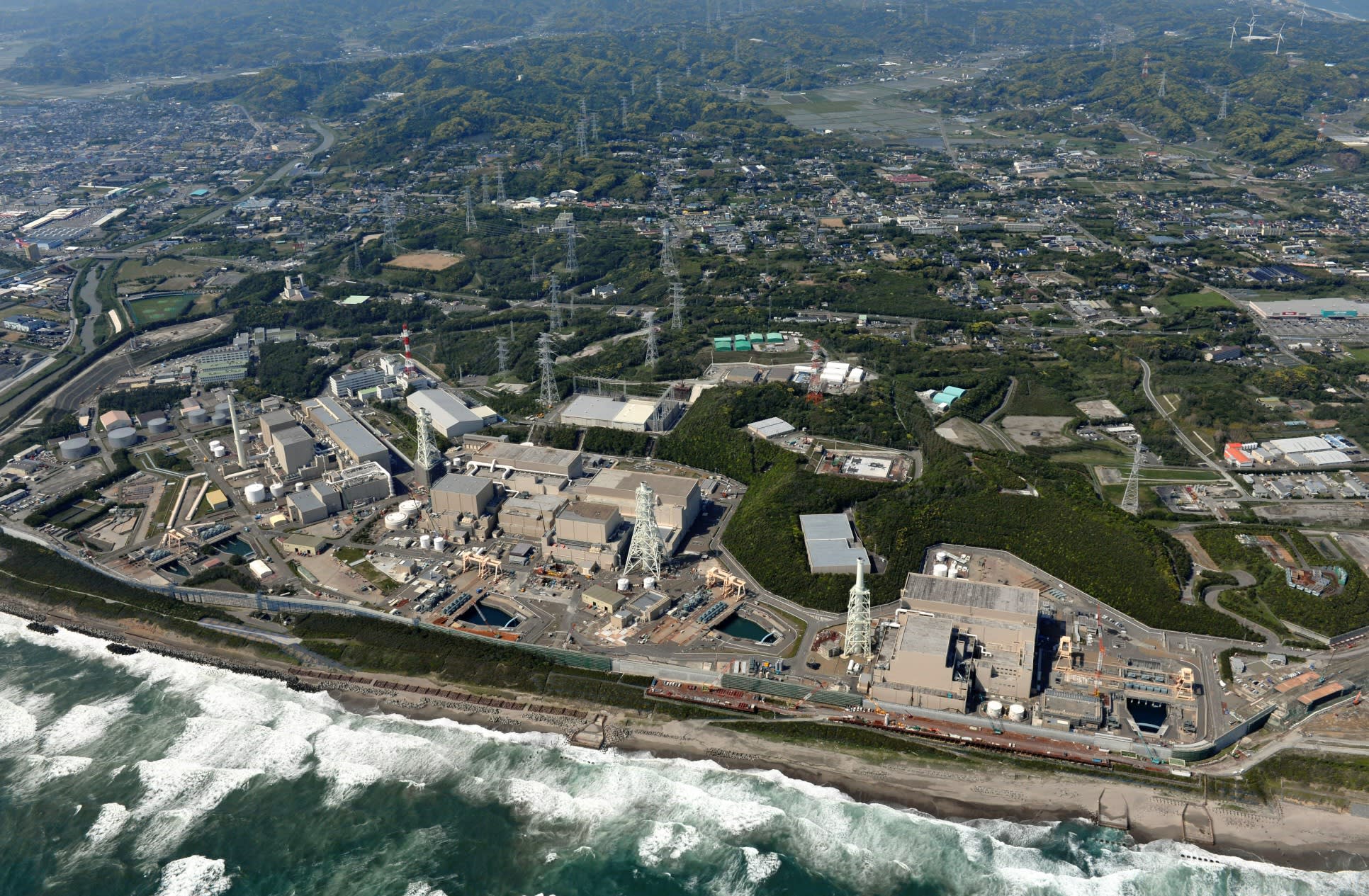 Two reactors at the Hamaoka nuclear plant in Shizuoka Prefecture are slated for decommissioning.
May 30, 2017 02:00 JST | Japan
CopyCopied

TOKYO -- Hitachi will provide technology for decommissioning Japanese reactors in hopes of making gold out of the country's aging nuclear infrastructure, starting with two units at a Shizuoka Prefecture plant.

Hitachi will also aim to win orders for installation and related work from Chubu Electric, which estimates a roughly 90 billion yen tab for dismantling the two reactors.

Hitachi's infrastructure operation helped build 20 reactors at nine Japanese plants. The group is taking part in decommissioning the Fukushima Dai-ichi plant, which suffered a catastrophic meltdown during the earthquake and tsunami in March 2011. Hamaoka's reactors represent the company's first such job outside the devastated Tokyo Electric Power Co. Holdings plant.

Toshiba supplied the Hamaoka reactors and was expected to win orders for cleanup equipment as well.

After Fukushima, nuclear plants across the country were hit with a blanket shutdown and no new power stations will be built in the foreseeable future. At the same time, power companies are busy dismantling nuclear plants, which creates an approximately 3 trillion yen market based on estimates by the utilities. By doing its reactor building in reverse, Hitachi aims to take the lead in capitalizing on that demand at a pace of one to two reactors a year.

The two Hamaoka units are among the roughly 30 boiling water reactors in Japan, which account for 60% of Japan's units. By building up its decommissioning know-how through the Chubu Electric deal, Hitachi would put itself in an enviable position to take on a host of other assignments.

Apart from those at Fukushima Dai-ichi, nine Japanese reactors have been effectively slated for decommissioning. Other reactors, such as the Nos. 1 and 2 reactors at Kansai Electric Power's Oi plant in Fukui Prefecture, are about to hit their fourth decade in operation, a threshold for winding down.

In Japan, no commercial nuclear reactors have been completely dismantled, a situation Hitachi sees as a business opportunity. Rival Mitsubishi Heavy Industries established a division dedicated to the decommissioning business in 2015, and it is looking to assist Kansai Electric dismantle reactors at the Mihama plant, also in Fukui Prefecture.