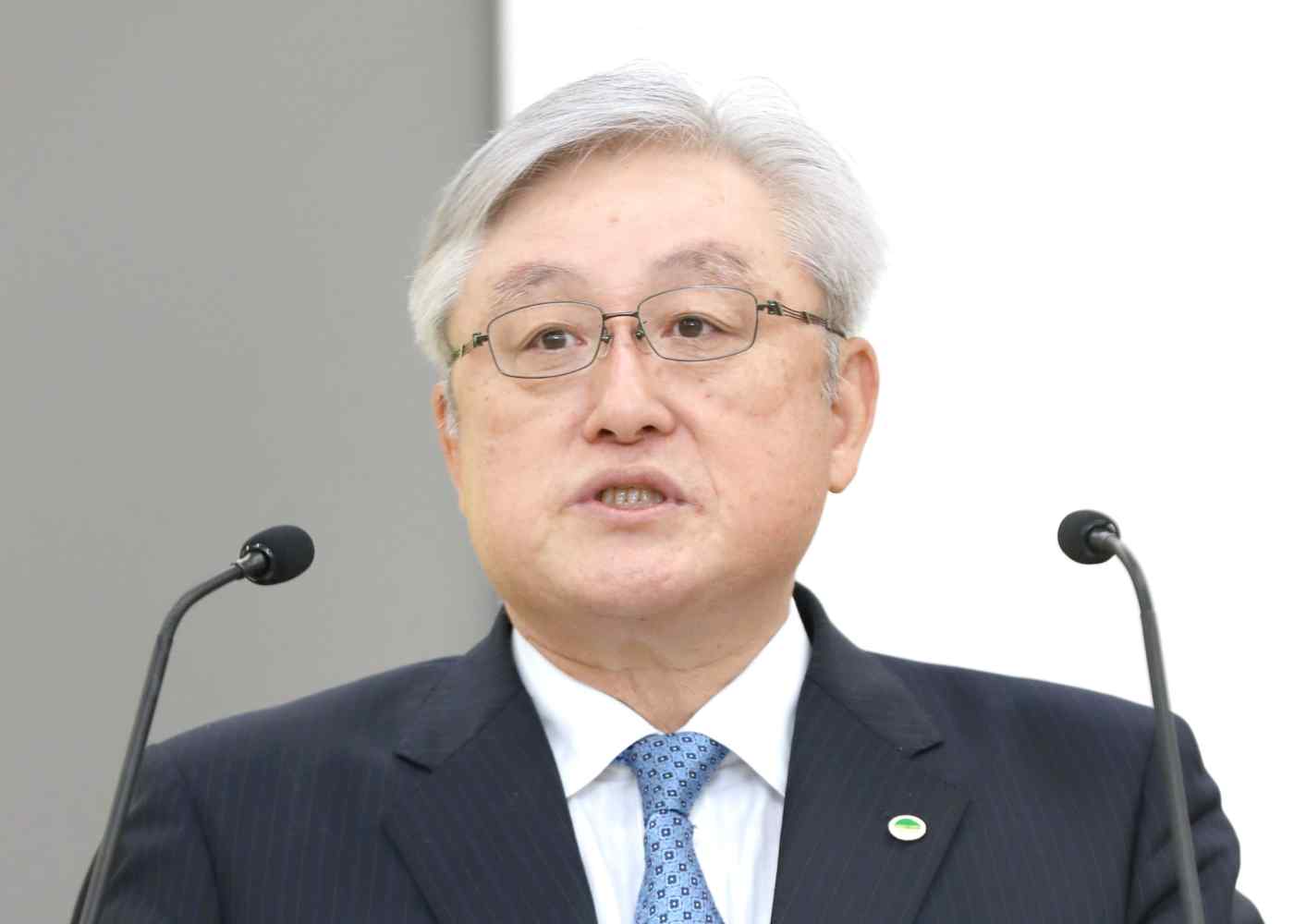 TOKYO -- Hitachi will curtail its financial risk in the construction of two nuclear power plants in the U.K. by divesting itself of the local subsidiary that will build and operate them, the Japanese conglomerate announced Thursday.

The news came at an event held here to draw partners to invest in Horizon Nuclear Power, which Hitachi acquired in 2012 as a wholly owned subsidiary. If Hitachi fails to do so before construction starts in 2019, forcing it to bear practically all the financial risk of the project, it will suspend its plans for the 2 trillion yen ($18.1 billion) project. Hitachi is proceeding cautiously with its own nuclear energy business, studying Toshiba's troubles in the U.S. with Westinghouse Electric.

Hitachi purchased Horizon in order to secure orders for its own reactors after the 2011 disaster at Tokyo Electric Power Co. Holding's Fukushima Daiichi nuclear power plant halted demand from around the world. Hitachi now is appealing to energy companies and others to invest in Horizon so it can turn the company into an unconsolidated subsidiary and is prepared to reduce its stake to as low as zero. Operation of the power plants would be entrusted to Horizon.

"We will tackle this project along with strong partners," Hitachi Vice President Koji Tanaka said at the event. He stressed all that Hitachi is doing to reduce construction risks. The company will partner with American and Japanese engineering firms Bechtel and JGC, and if obstacles like construction delays cause losses, all the companies will share responsibility based on a predetermined ratio regardless of who is at fault. Tanaka also trumpeted Hitachi's plentiful achievements in operating the reactors that will be used in the new plants.

Hitachi also is stressing the differences from Westinghouse's nuclear power plant construction business in America. Westinghouse's plans invited delays by using a new reactor model that had never been in operation. Related companies then disputed responsibility for the losses, leaving Westinghouse and Toshiba to bear the burden alone.

Hitachi will start to recruit and negotiate with potential partners. It will also need the British government to provide a concrete support plan.

Currently, Hitachi has no plans to construct new, large-scale nuclear power facilities in Japan. Growth in Hitachi's nuclear power business therefore rests on the shoulders of the U.K. project.

Hitachi stock is considered a winner among Japanese electrical machinery makers, but the Tokyo market has not warmed to the company. The lack of enthusiasm is due, in part, to concerns about the risk of nuclear power plants overseas as the market watches Toshiba struggle. Another explanation is that Hitachi stock is suffering from a conglomerate discount, the tendency for the market to undervalue companies with diversified businesses.

"In order to build on Hitachi's strengths, we will expand our 'internet of things' business," President Toshiaki Higashihara said at an investor relations event on Thursday. The key for Hitachi will be whether it can concentrate management resources in order to quickly turn a profit on internet of things activities.

Hitachi will instruct clients on how to optimize their operations by analyzing production and logistics data using artificial intelligence. The company is proceeding with applications for the railroad, building management and medical device industries. Hitachi is targeting sales of 1.5 trillion yen for its internet of things business by fiscal 2018 and is planning to increase personnel in its technology sales operations.

The internet of things will be the next pillar for Hitachi, which is targeting overall consolidated sales of 10 trillion yen and an operating profit of 800 billion yen in fiscal 2018. Hitachi stock dropped 1% from the previous day on Thursday, however, after it announced plans to enhance its internet of things business. Hitachi's share price has remained stubbornly low compared to rivals Panasonic and Sony, which have both risen more 20% since the beginning of the year.

Hitachi has a market capitalization of 3.3 trillion yen. Competitor Keyence's market capitalization is nearly double that, despite having one-twentieth of Hitachi's sales. The reason is that Keyence specializes in production sensors whereas Hitachi's businesses are varied, making it difficult to understand what kind of company it is, in the view of one securities analyst.

Among domestic electrical machinery makers, Hitachi has been the fastest to pare down and focus on select businesses, but its management has been too indiscriminate compared to international competitors like General Electric and Siemens. Hitachi's potential will be tested as it tries to live up to the market's growth expectations.