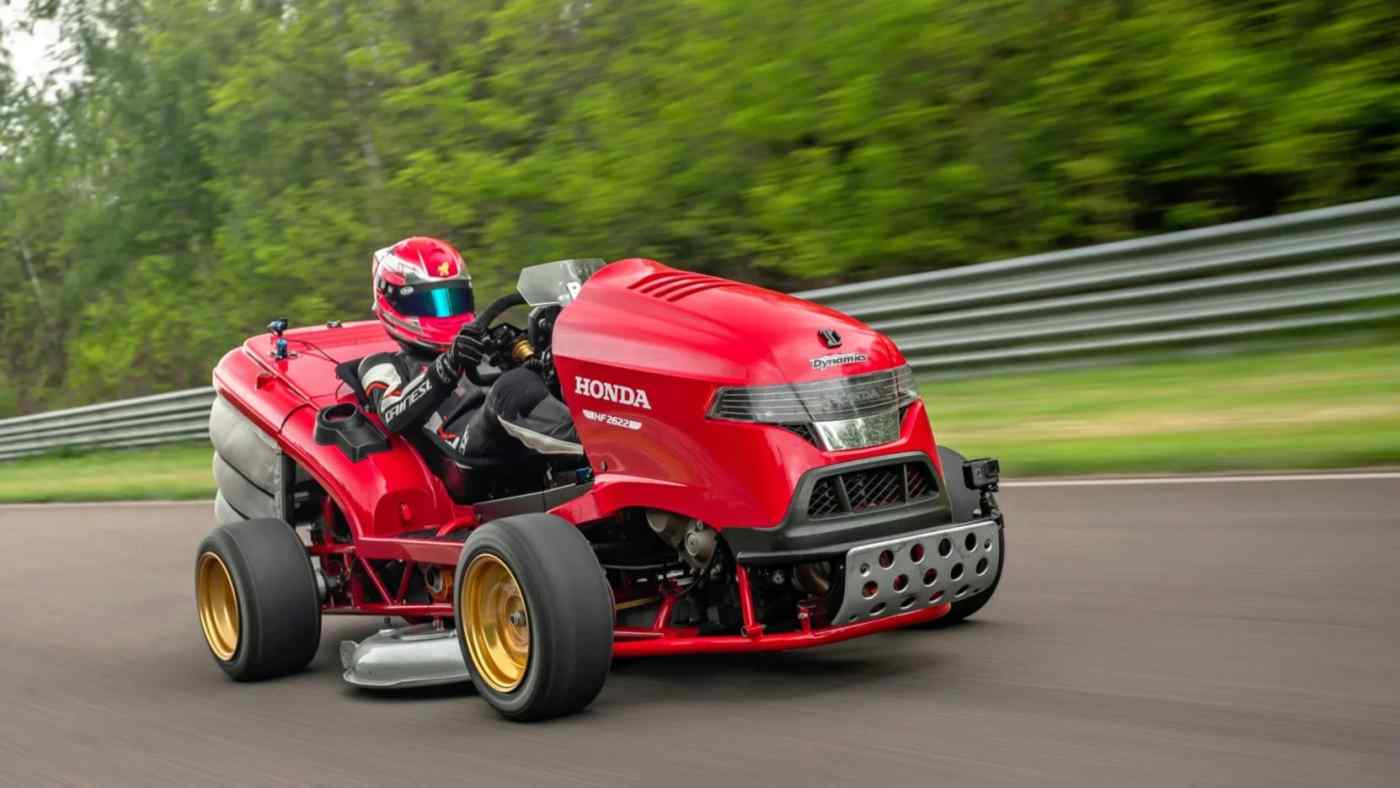 Despite having only a 1% share of the European passenger car market, Honda's lawn mowers and other "power products" are well-known.
KEIICHI FURUKAWA, Nikkei staff writerJune 26, 2019 14:05 JST | Europe
CopyCopied

TOKYO -- Honda Motor's latest souped-up lawn mower has been recognized as the world's fastest by the Guinness World Records.

The 140-kg vehicle is based on the HF 2622 -- a lawn mower sold in Europe -- and was modified to produce up to 189 horsepower. It features a four-cylinder engine from Honda's CBR1000RR high-performance motorcycle and a reinforced frame to withstand high-speed runs.

Honda remains a minor player in the European passenger car market with less than a 1% share. But it has strong brand recognition in what it calls power products, including lawn mowers and power generators.

Over the years, the U.K. subsidiary has established an odd reputation for retrofitting mowers, with its previous model recognized as the world's fastest when it was released in 2014.

Honda does not plan to sell Mean Mower V2 commercially, according to a company spokesperson.

(Mean Mower V2 speed trials in the U.K. that were recognized by the Guinness World Records)