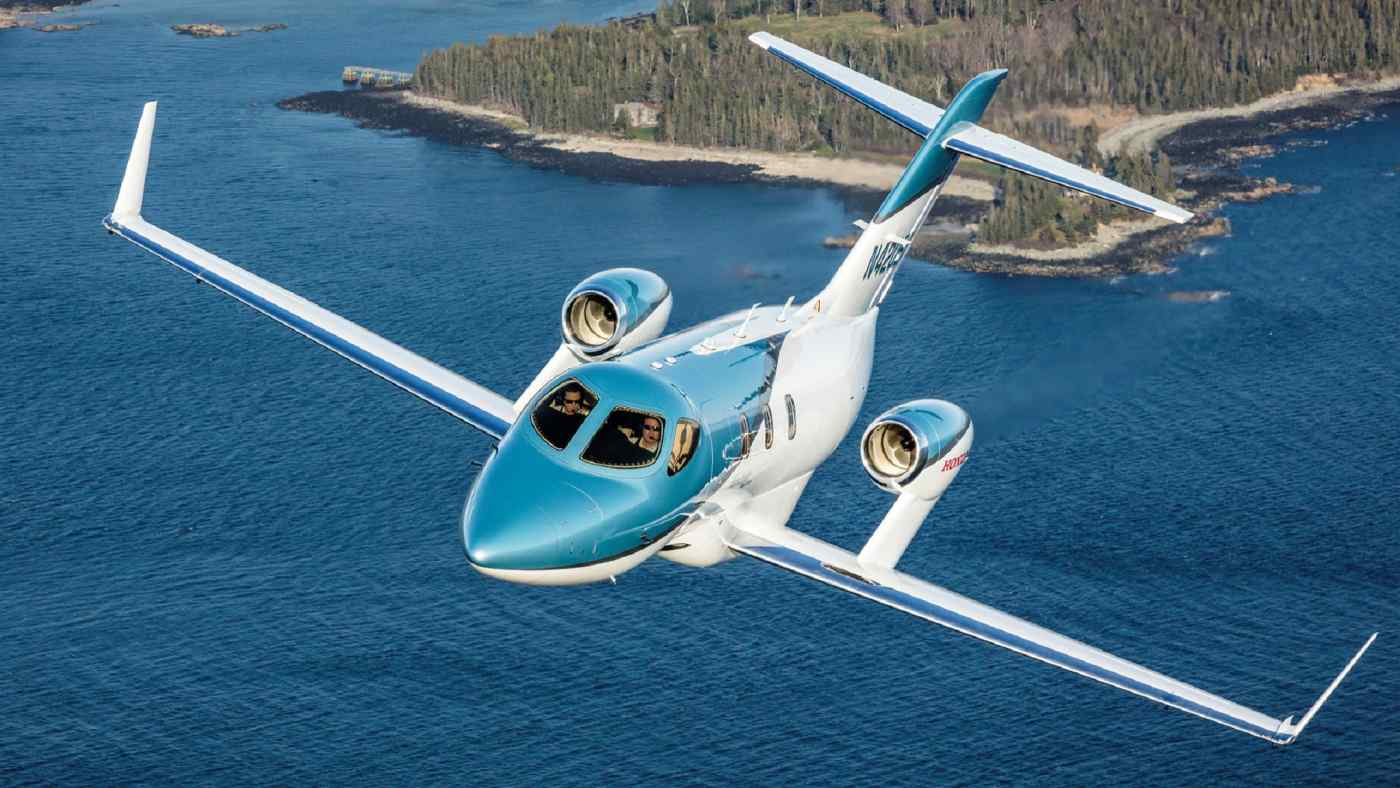 TOKYO -- After ignoring the Japanese market for years, Honda Motor is finally making the HondaJet business plane available at home.

Honda said Wednesday that it would start delivering HondaJets in Japan early next year. "We hear strong praise overseas, and there have been numerous requests to sell in Japan," President Takahiro Hachigo told reporters Wednesday.

The HondaJet quickly won a wide following after its U.S. debut in late 2015. Last year, 43 HondaJets were delivered worldwide, beating out Cessna among corporate aircraft seating less than 10 people.

International demand is growing for business jets since they run on their own schedules and flight paths. In March 2015, over 13,000 such jets were registered in the U.S. and 589 in the U.K.

Japanese ownership of business jets numbers less than 90, however. "We would like to double the [Japanese market] in four to five years," said Michimasa Fujino, president of Honda Aircraft Co., the unit handling the jet.

Honda will attempt to move the dial by selling the HondaJet Elite, an upgraded model unveiled last month. The sticker price is expected to be set at $5.25 million, just like in other markets. The Elite boasts a flight range of roughly 2,661km, besting the original HondaJet by 17% and long enough to handle nonstop flights from Tokyo to Beijing or Shanghai.

The Tokyo-based group plans to attract Japanese corporations and the affluent by touting the Elite's superior fuel efficiency. The planes can be used in 84 airports around the country, which could open up a novel way of reaching outlying areas. Honda hopes to play up this angle in marketing to the torrent of international travelers visiting the country.

Fujino has said that wealthy Chinese face a dearth of options for traveling to rural areas, which presents a business opportunity. If affluent tourists have an easy time traveling around Japan with HondaJets, they might buy one upon returning home.

Japan is also removing barriers that prevent business jets from gaining wider use in the domestic market. In the past, airports tended to assign lower priority to takeoff and landing slots for corporate jets. But starting in 2016, Tokyo's Haneda Airport bumped up their priority level. Other major airports are setting aside dedicated terminals for the jets. Last year, business jets took off or landed in Japan 5,190 times involving international flights, up 60% in three years.

Honda turned in a record net profit for the full year ended in March, but that result disguises the trouble brewing in the core automotive business. The segment's operating margin stands at a mere 3%, below that of Toyota Motor and other competitors. Furthermore, the U.S. market slowed down last year, adding to the uncertainty.

Meanwhile, the HondaJet business logged a 41.6 billion yen operating loss in fiscal 2017 due to research and development costs. The group aims to generate a profit around 2021 and 2022.

Honda is looking to rebuild its brand image with the jet. "I want to make people in Japan aware that Honda also makes this kind of product," said Hachigo.

In recent years, Honda's lineup featured few revolutionary offerings similar to the classic Super Cub two-wheeler and Civic compact. The N-Box minicar is one exception. Honda's Formula One racing record has been lackluster in recent years, so the company is looking to the HondaJet to lift the brand and attract talent.