Honda sets lower sales target in shift away from expansion

Automaker to reduce production and model variations to improve efficiency 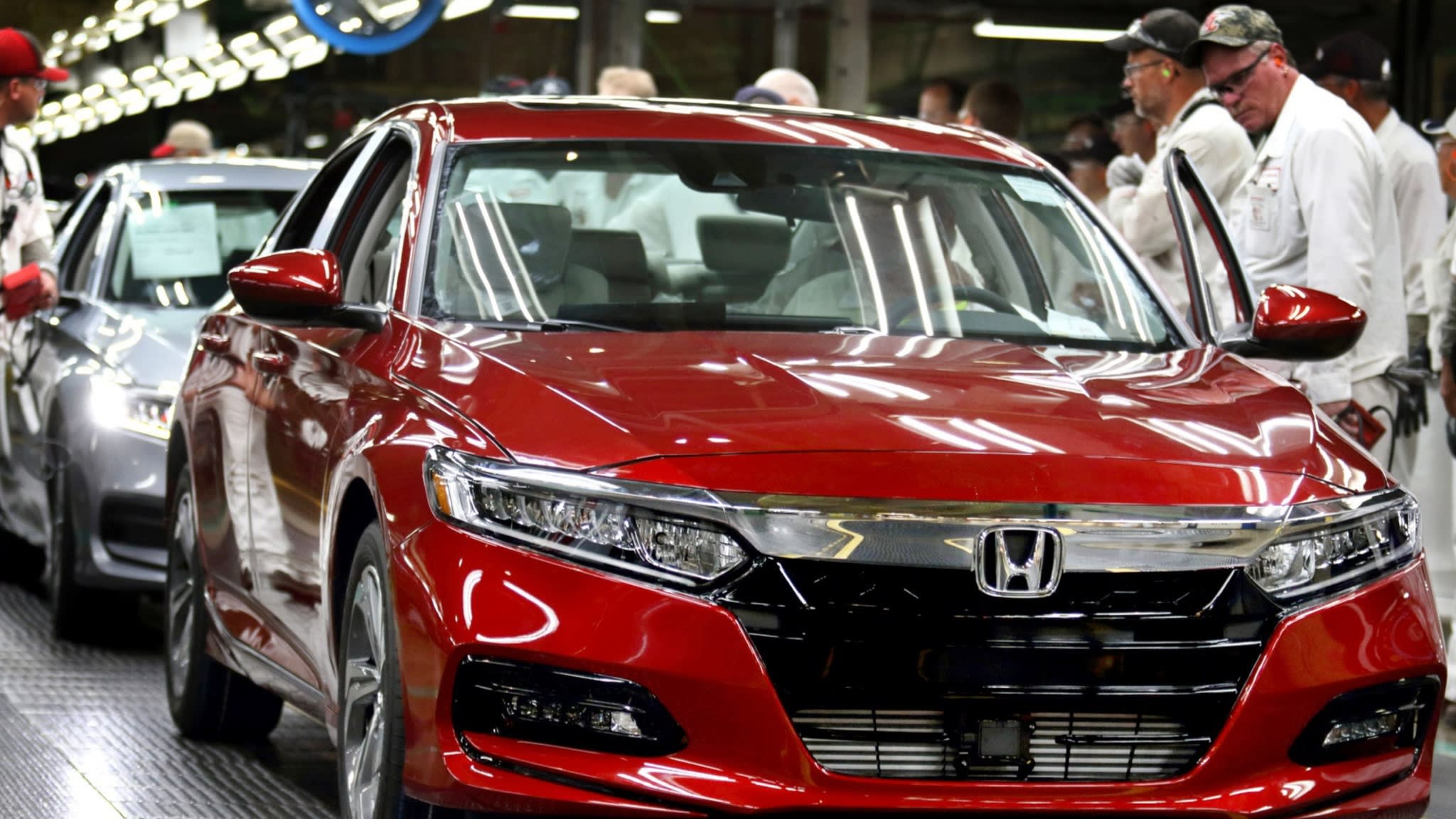 Honda's Ohio plant, which produces the mainstay Accord and others, will cut production from August.
KEIICHI FURUKAWA and TATSUYA OKADA, Nikkei staff writerMay 9, 2019 04:37 JST | Japan
CopyCopied

TOKYO -- Honda has set an automobile sales target for fiscal 2019 that is lower than the previous year as the company strives to streamline operations in a reversal of a past expansion strategy that ultimately hurt profits.

The automaker announced Wednesday that it aims to sell 5.16 million four-wheeled vehicles this fiscal year, down from the 5.32 million sold in fiscal 2018. This would mark the first year-on-year sales decrease since fiscal 2011, when sales suffered from the devastating earthquake that struck eastern Japan.

The unusual sales strategy came as the company continues to smart from its past expansion. Production of automobiles will be curtailed in the U.K., the U.S. and elsewhere to tackle inefficiency. But the company will likely face a bumpy road ahead as it lacks the long-term vision needed to succeed in a rapidly changing industry landscape.

Honda expects revenue to fall 1.2% to 15.7 trillion yen ($143 billion) this fiscal year, but operating profit to jump 6% to 770 billion yen, according to estimates that were released Wednesday along with fiscal 2018 earnings.

The company had built new factories across the world and introduced region-specific models to meet its ambitious goal, announced in 2012, to boost annual sales to 6 million by fiscal 2016. But the aggressive target led to inefficiencies and squeezed Honda's automobile business.

Since taking office in 2015, President Takahiro Hachigo has grappled with this negative legacy. He decided to close some production lines in Thailand, as well as factories in Japan, the U.K. and Turkey. Output capacity is expected to fall 10% from 2016 to about 5.07 million units in 2022, while the overall utilization rate, excluding in China, is expected to rise to 100% in 2022 from 90% in 2018. "We are on our way to achieve appropriate production levels," Hachigo said Wednesday.

Now that Honda sees an end to its output problem, it is turning its focus to sales. The automaker said it would reduce variations at the trim and option level for global models, like the Civic sedan, to one-third by 2025. It is making cuts in North America, its largest market, while also reducing production at an Ohio plant starting in August so it can adjust inventory in response to falling demand for sedans.

Honda's efforts will not fully bear fruit until at least 2022, when the output cuts are finalized. "Reducing automobile production capacity will lead to a recovery in Honda's earnings," said Koichi Sugimoto of Mitsubishi UFJ Morgan Stanley Securities.

But not all market players seem as optimistic. Honda's stock price is down 18% on the year, compared with General Motors being up 6% and Ford Motor down 8%, according to QUICK-FactSet.

Many investors remain wary about what lies at the end of the streamlining efforts. Hachigo's Wednesday speech, which came ahead of the planned shareholders meeting, was a rare instance of the president outlining Honda's direction in person.

But Hachigo spent much of his time on short-term plans in existing technologies, like Honda's proprietary hybrid system and electric vehicles. He had little to say on long-term ideas like self-driving cars, on which rivals have already begun competing, providing no clear insight into where the automaker is headed.