Quick-charging models with 240km range to debut in 2022 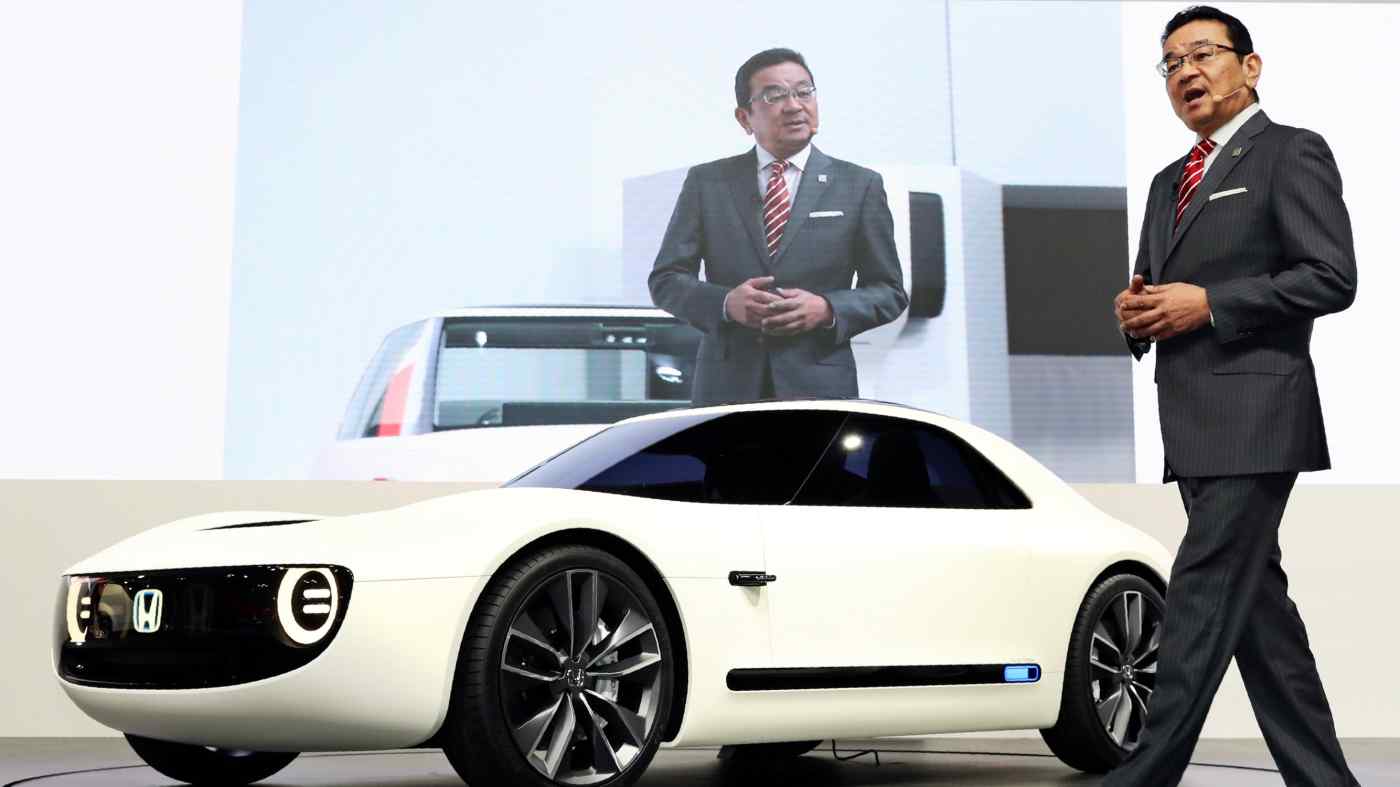 TOKYO -- Honda Motor aims to roll out electric vehicles capable of 15-minute charging in 2022, cutting down one of the steepest hurdles to the expansion of battery-powered cars.

The Japanese automaker plans to release in that year a selection of fully electric cars that can run 240km on a single 15-minute charge. Most electric vehicles now available take at least twice that long to reach an 80% charge even using a high-speed charger.

Key to this plan is developing a new type of high-capacity battery that can handle the ultra-quick charging. The carmaker sources batteries for its electric-gas hybrid vehicles from Panasonic and others, but plans to create the new batteries in collaboration with a partner to be chosen later. A lighter vehicle body and more efficient power control system will ensure the new cars can go farther on a single charge.

Before then, Honda plans to release mass-market electric vehicles in Europe in 2019 and in Japan the following year.

Fast chargers in Japan now provide a maximum output of 150kW, but industry plans call for raising that to 350kW starting in 2020. Europe is expected to have a network of several thousand 350kW charging stations by that year. Honda's next-generation electric vehicles will take advantage of this faster charging infrastructure.

Nissan Motor's new 2018 Leaf will also offer quicker charging times than the current model and range 30% longer -- more than 500km on a single charge. The automaker has a head start on Japanese rivals Honda and Toyota Motor in mass-market electric vehicles.

There were 470,000 electric vehicles on the world's roads in 2016, according to Tokyo-based research firm Fuji Keizai, making up 0.5% of the total. That share is expected to climb to only 4.6% by 2035. By offering faster charging and longer range, Honda hopes to give its electric cars an edge with everyday drivers.