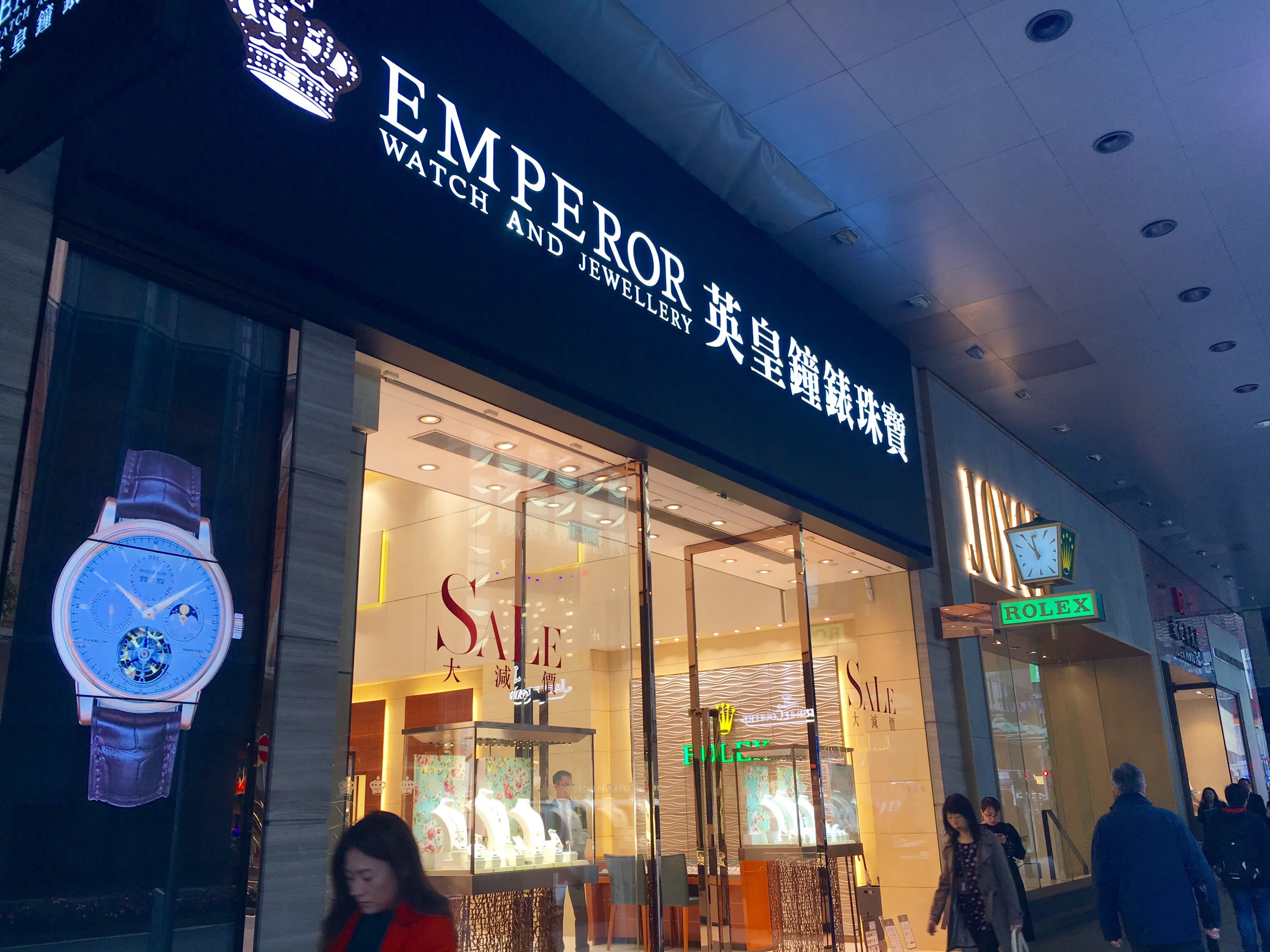 HONG KONG -- Spring might have come for Emperor Watch and Jewellery, as the Hong Kong-based luxury retailer reported a surprise turnaround in second-half profits following steep rental cuts and the return of mainland Chinese tourists to the territory.

Majority controlled by the family of Hong Kong entertainment mogul Albert Yeung Sau-shing, Emperor is a retailer of European-made watches and jewelry with operations at home, in mainland China and Singapore.

Emperor posted Thursday a modest net profit of 3.8 million Hong Kong dollars ($490,000) in the second half of last year, narrowing its full-year loss to HK$64.8 million from HK$120.1 million a year ago.

Group revenue was down 17.8% on the year to HK$3.6 billion for 2016, dragged lower by a slowing Chinese economy and austerity measures that stifled luxury consumption. Its sales of watches and jewelry were down 19% and 12% respectively.

"There's been a gradual pick-up in watch sales recently," said Emperor's Chairperson Cindy Yeung Lork-sze at a briefing on Friday. She attributed the early signs of recovery to a stronger Japanese yen, and terrorism in Europe prompting more mainland visitors to visit Hong Kong. But Yeung warns of uncertainty ahead for the luxury retail sector as a weakening Chinese yuan and Hong Kong's peg to the stronger U.S. dollar would make it more expensive for mainlanders to shop in the territory.

Last year, Hong Kong retailers saw the biggest decline in annual sales in nearly two decades, with sales slumping 8%. The latest January figures improved slightly, although sales of luxury goods such as watches and jewelry were down 4% on the year.

Emperor closed three shops last year, bringing the total number of shops in the region to 97 as of the end of February. With about two-thirds of them on the mainland, it is eyeing markets like Malaysia and Thailand. "We have slowed our plans in these places because of political and currency factors. Now, we are doing some market research," said Yeung, without giving further details.

In Hong Kong, most of the group's 22 stores are in tourist districts such as Causeway Bay and Tsim Sha Tsui. It will open two or three branches this year in areas close to the Chinese border, such as Tuen Mun and Sheung Shui, to take advantage of lower rents and growing traffic there.

Emperor will also renew rental contracts for about one-third of its shops in Hong Kong. "We are expecting a rental decline of 30-40% for our shops this year," said Yeung. Rental expenditure accounted for 13% of revenues, or HK$470 million, last year, down about 30% on the year amid a retail slump.

But further rental cuts might be wishful thinking, according to industry observers. Property consultancy CBRE estimates that retail rents have fallen 35-40% from the peak in 2013-14, and that the rental correction would be about 5-6% this year.

"We don't expect rents will drop too much because the most expensive tenancy, we believe, has been expired already," said Joe Lin, CBRE's executive director of retail services in Hong Kong. Three-year fixed leases are typical for retailers in Hong Kong, he added. "Afterwards, rents would become quite stable in the next one to two years."

"The luxury-rush period may not come back in the near future," he said.