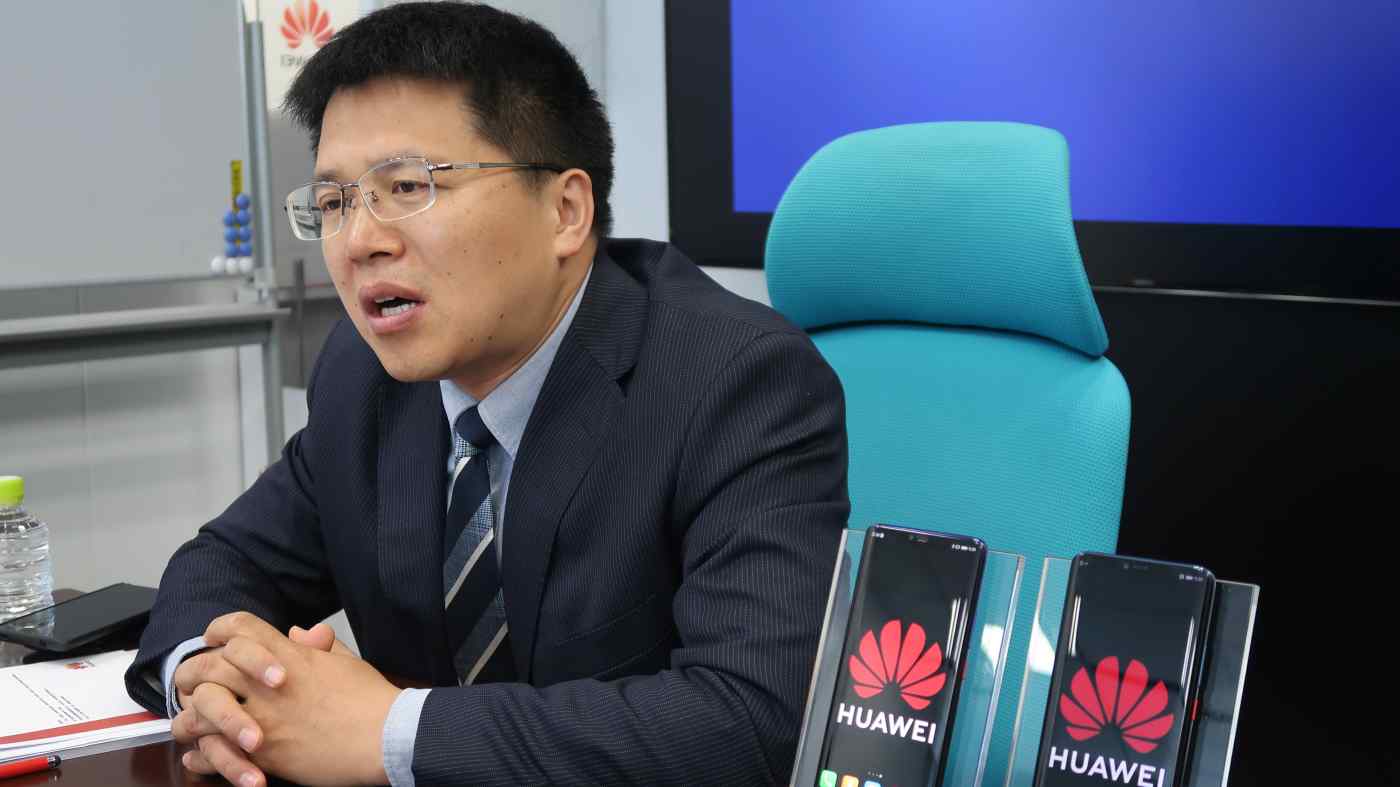 TOKYO -- Huawei Technologies is expecting the global mobile market to be "stable" in 2019, in stark contrast to growing pessimism from rivals over the outlook for sales next year.

"Sales will decelerate in developed countries but the shift to replace [traditional] mobiles with smartphones is still big in developing markets," said Jim Xu, vice president of Huawei's consumer unit, in an interview with the Nikkei Asian Review.

His comments appear to contradict a growing consensus that 2019 will see another decline in global mobile sales after decreases in 2017 and 2018. "All smartphone makers will see more ferocious competition in the coming year as it could be tough for all of them to really see major growth in shipments," said Sean Kao, an analyst at research company IDC.

Despite the weakening market, Huawei has been aggressively taking market share from bigger Western rivals. In the second quarter of this year, the Chinese company overtook Apple of the U.S. to become the world's second-largest smartphone maker after Samsung with roughly 16% of shipments. The South Korean group meanwhile, saw its share drop by almost a quarter to about 21%.

Apple decided earlier this year not to disclose iPhone shipments from this quarter, reinforcing suspicions about sluggish iPhone sales.

Huawei is hoping that, as well as replacement demand, its planned 5G-compatible foldable phone will help to boost smartphone sales.

"We will introduce details of the new foldable smartphone in the first quarter of 2019," Xu said. Huawei could be targeting one of the industry's high-profile global events -- such as the Mobile World Congress in Barcelona in February -- to score maximum publicity.

South Korea's Samsung and Huawei are racing to launch foldable phones, one of the most significant innovations of recent years in the smartphone market. Samsung unveiled a demonstration of its first foldable phone last month, saying it would mass-produce it in the coming months. Samsung plans to launch its 5G and foldable smartphone separately.

The next generation of mobile technology, 5G -- which features faster data transfers -- would be a "new driving force for growth in this industry after 2020," Xu said.

He added that smartphone manufacturers and mobile carriers would start commercializing 5G services in 2019, with a significant impact expected after 2020.

Xu said Huawei's phone was being designed with 5G in mind. "Users can enjoy a big screen in a foldable smartphone," he said. "It is very important for 5G services, which will offer high-speed communication." Xu said. He pointed to gaming as an example and said a big screen and quick response would offer new experiences.

Xu said Huawei had retained the title of world's second-largest smartphone company by shipments in the third quarter, while sales abroad increased by more than 50% this year. Huawei aims to overtake the South Korean giant by 2020.

The key to achieve this could be the U.S., the world's second-largest smartphone market. However, the U.S. government has openly warned its allies about Huawei's expansion, claiming it is a national security risk and urging them not to buy the company's telecommunications equipment.

The campaign has spilled over into the group's consumer business. Earlier in February, U.S. intelligence agencies told the Senate Intelligence Committee that they would not advise Americans to use services or products from Huawei. The Chinese company in October said that its newest flagship smartphone Mate 20 series -- a total of four models -- will not be introduced in the U.S. market.

Xu admitted that Huawei would have to crack the U.S. market if it was to continue expanding. This could be difficult, given Washington's claim that its communications business is a national security risk.

Nevertheless, Xu said Huawei had not given up on expanding its smartphone business in the U.S. "If conditions permit, we are sure to do this," he said.