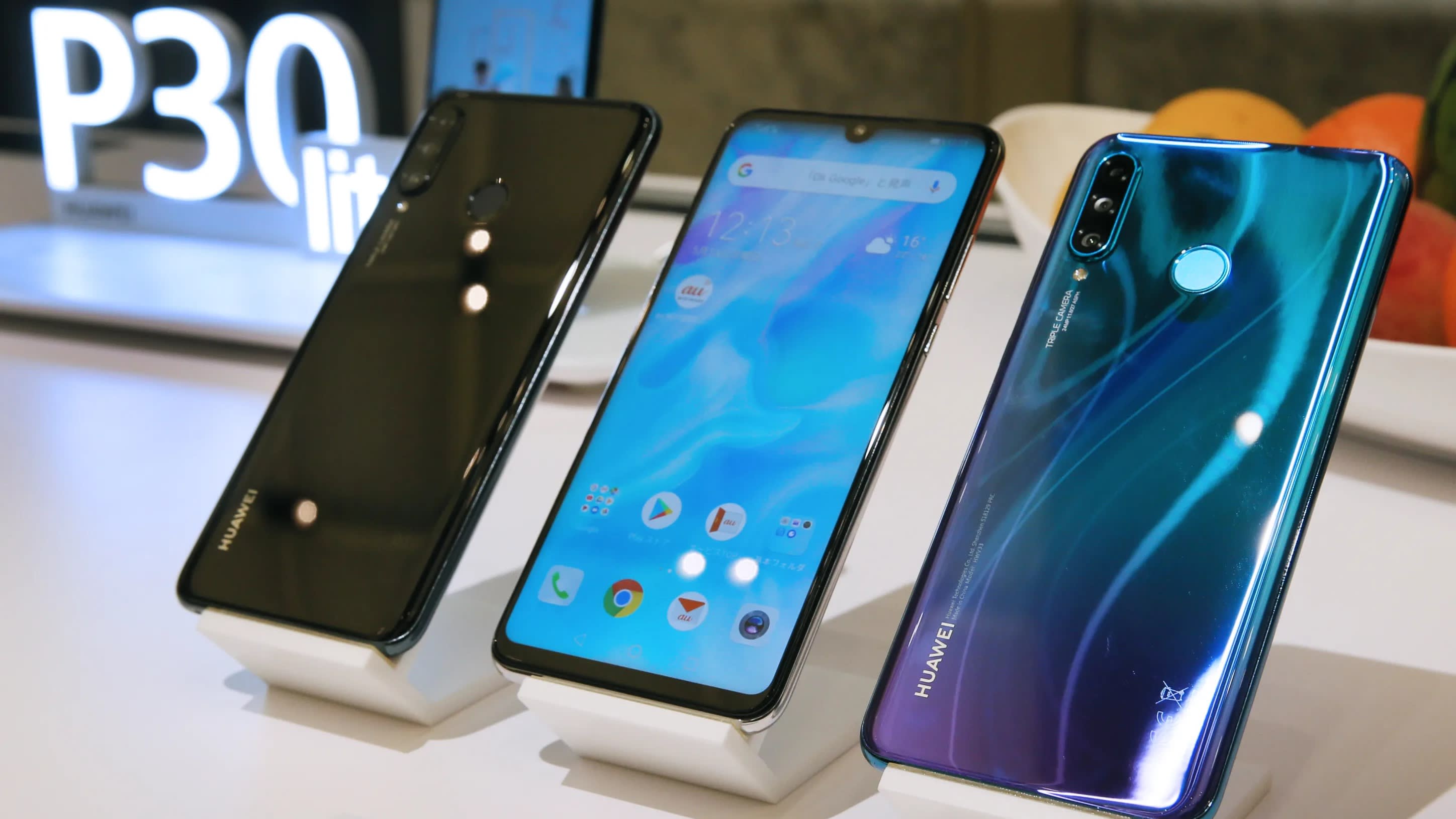 Japanese mobile carriers postponed the sale of the P30 Lite and other new Huawei smartphones that had been scheduled to debut in late May. (Photo by Akira Kodaka)

TOKYO -- A Japanese budget smartphone carrier began selling new devices from Huawei Technologies on Tuesday, days after U.S. President Donald Trump signaled that he would relax restrictions on exports to the Chinese company.

Internet Initiative Japan was among the carriers that delayed the P30 and P30 Lite smartphones, as well as the MediaPad M5 Lite 8-inch tablet, over fears stemming from the American restrictions amid the trade war.

An IIJ spokesperson said the "comprehensive" decision-making process behind Tuesday's move followed talks with the manufacturers as well as Trump's comments.

Trump had tweeted Saturday that at the request of American technology companies and Chinese President Xi Jinping, "I agreed to allow Chinese company Huawei to buy product from them which will not impact our National Security."

IIJ initially planned to release the new Huawei devices May 24. The U.S. crackdown on Huawei in May raised fears of Huawei losing access to key software from Google, such as the Android operating system, leading IIJ and other carriers to postpone plans. Aeon Mobile, under Japanese retail giant Aeon, has offered the lineup since May 25.

An IIJ spokesperson said the company had received assurances from Huawei that "software and security updates would remain usable as they have been until now." Huawei updated its website June 25 with a reassurance to users that the chain of events with the U.S. would not affect its products.

Major cellular carriers including NTT Docomo, KDDI and SoftBank Corp. still have no set plans to sell new Huawei devices. KDDI said it is "continuously working to evaluate" the effects of the U.S. export restrictions and Trump's change of heart.