Troubled water company given until December to secure rescue deal 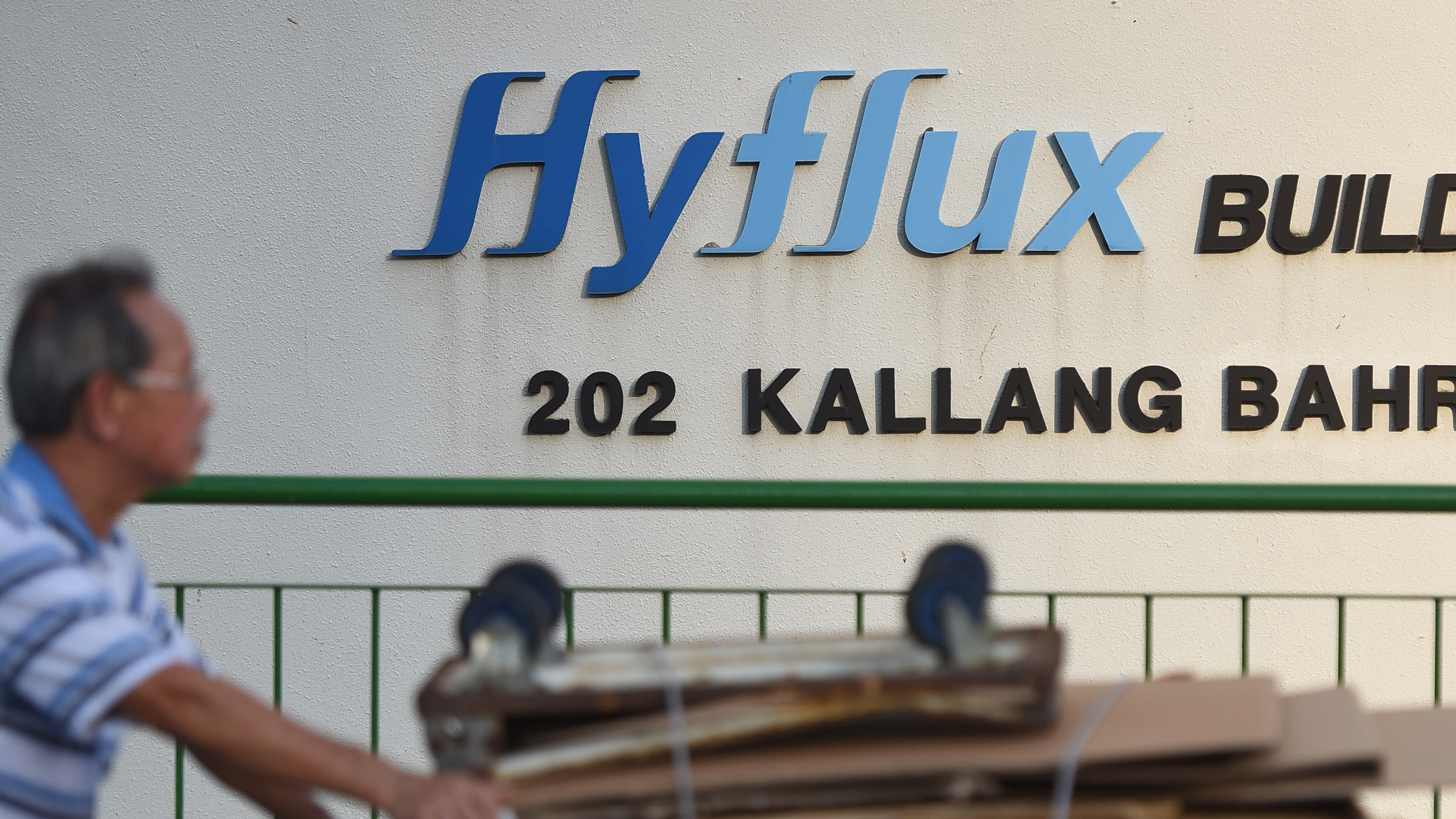 The sixth extension to a moratorium on the repayment of $2 billion in debt, Hyflux said discussions with United Arab Emirates-based utility provider Utico FZC remained at an advanced stage.

While Utico supported Hyflux's application for another debt extension, lawyers for Hyflux told the court that other suitors had also shown interest in a deal to bail out the once high-flying Singapore company.

In August, the Singapore High Court gave Hyflux a seemingly final deadline of September 30 to agree with existing retail and institutional investors on a new debt restructuring plan.

“We expect Hyflux to continue negotiating with Utico and get buy-in from its various stakeholders," said OCBC Bank credit research analyst Ezien Hoo. "As far as we are aware, only a small group of bondholders, preference and perpetual holders have been approached.”

The Securities Investors Association of Singapore, which represents the interests of thousands of retail investors who are owed around S$900 million ($651 million) worth of perpetual securities and preference shares (P&P), said before Monday's court hearing that it supported a two-month extension on the debt moratorium.

"If a deal with Utico cannot be reached, the extension would also facilitate Hyflux to pursue discussions with the other interested investors," SIAS president David Gerald said in a statement.

Utico told Nikkei Asian Review on Monday that it was open to holding another meeting with a larger group of retail investors with a view to improving its offer.

The company said it remains committed to its proposed offer to Hyflux, but will be tracking value leakage and advisers’ fees as both sides continue working towards a deal.

In a statement released in August, Utico said the Hyflux board's refusal to endorse Utico's proposed restructure agreement of the company was probably related to Utico's decision to cap advisers’ fees at S$25 million ($18.1 million).

“If the deal falls through, Hyflux has to seek a new investor as quickly as possible," said Mak Yuen Teen associate professor at the National University of Singapore Business School.

"This may prove difficult given that two potential investors would be seen to have reached advanced stages of a deal only for it to fall through.”

Mak said he was concerned that the differences appeared to circle around entrenched positions by Hyflux’s board, potentially with advisors helping to secure what is best from the board and management’s perspective.

“Given that the company is technically insolvent, the directors owe fiduciary duties to creditors first," Mak said. "They must not let their interests or the interests of shareholders prevail over those of creditors."

Founded in 1989, Hyflux's water treatment and desalination technologies are considered essential if Singapore is to achieve water self-sufficiency.

The company has also expanded outside the city-state, including in the Middle East. But it has relied heavily on borrowing and made big losses after a foray into power generation in 2016.

According to a Hyflux statement of comprehensive income filed earlier this month, the company's loss for June was S$7.7 million, having widened from a S$1.5 million loss for May.