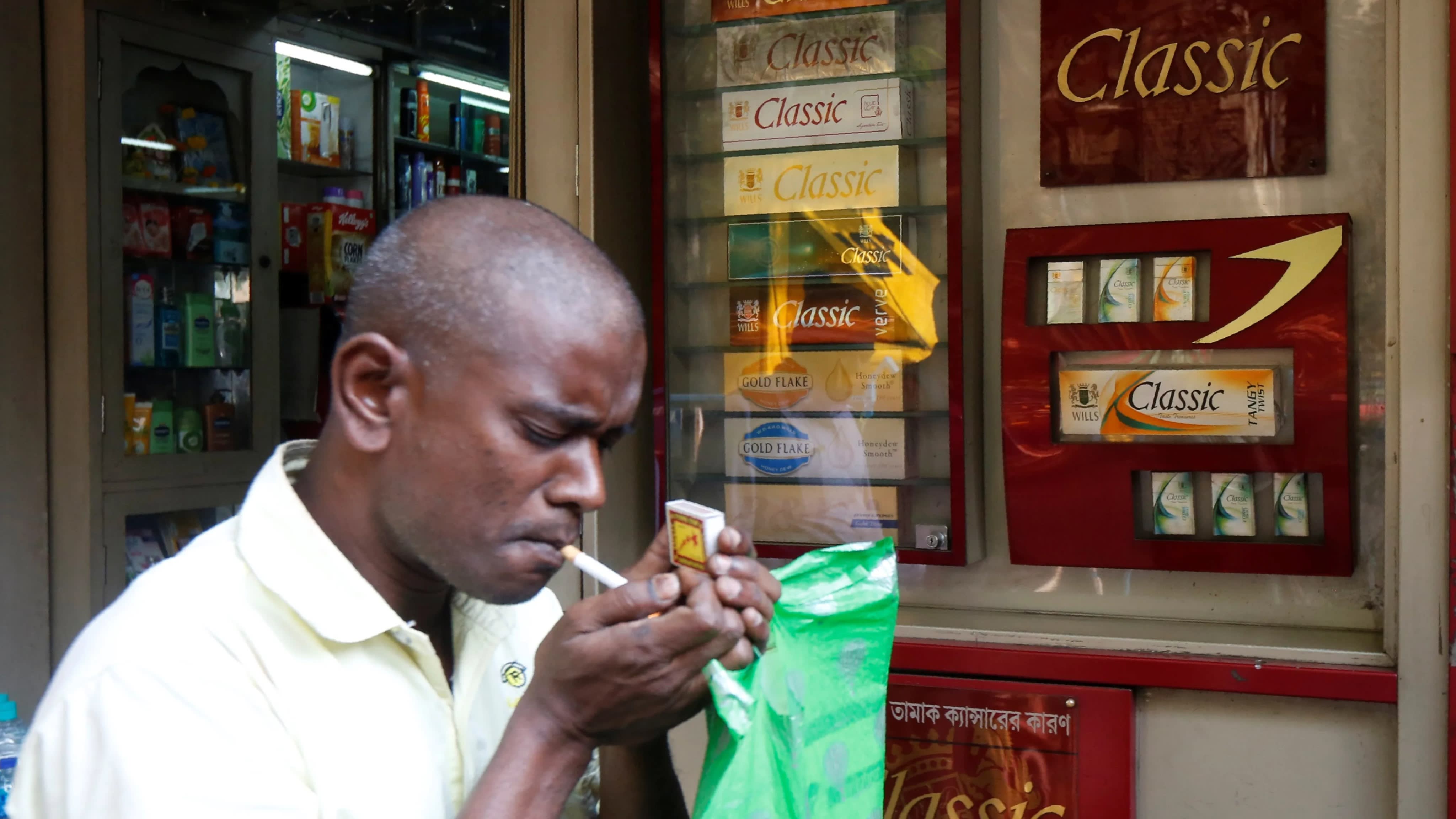 Though ITC has been aggressively diversifying to other businesses such as fast-moving consumer goods, packaged foods and stationery products, cigarettes still account for nearly 80% of its operating profit.   © Reuters
February 3, 2020 21:23 JST | India
CopyCopied

In the government budget for the next fiscal year starting Apr. 1, Finance Minister Nirmala Sitharaman proposed an increase in National Calamity Contingent Duty. Analysts said the plan will lead to an 11% jump in taxes on tobacco products. The proposed tax hike is expected to lead to a 6% to 7% increase in cigarette prices, which many analysts warn may revive the illegal trade that has been hurting the sector over the years.

ITC shares have slumped about 12% in the past two trading days since its Friday's closing of 235.25 rupees in Mumbai trading. They lost 5.1% on Monday, while the benchmark S&P BSE Sensex gained 0.3%. India's stock market was open on Saturday when Sitharaman presented the budget before parliament.

India's largest cigarette maker, known for its Gold Flakes and Scissors cigarette brands, is barely rebounding from a prolonged period of tax increases that spurred illegal trade, and a regulatory clampdown on smoking. The latest tax increase is the first in almost two years since the government introduced the new Goods and Services Tax in 2017.

Indian authorities have been trying to create public awareness on tobacco-related health issues, launching anti-smoking campaigns and forcing companies to display larger graphic images on cigarette packs. The $11 billion Indian cigarette market is dominated by three players with ITC at the top followed by Godfrey Phillips India and VST Industries.

Over the years, ITC has been aggressively diversifying to other businesses such as fast-moving consumer goods, packaged foods and stationery products. Still, cigarettes account for nearly 80% of its operating profit.

In the quarter ended in December, ITC's profit jumped 29% on the back of a surge in growth of non-cigarettes businesses that include hotels and agriculture.

ITC has taken just 3% to 4% cumulative price increases since July 2017, improving the relative affordability of cigarettes, Morgan Stanley said in a report on Monday. ITC's flagship brand, Gold Flake, which is more than 50% of overall volumes, is at critical retail price points, it said. "Consequently, the near-term impact on volumes may be more exaggerated."

Morgan Stanley assumes a base case scenario of ITC taking a 10% retail price hike to ensure that its cigarette operating earnings grow 8% next fiscal year. That implies a volume decline of 4%, it added.

The brokerage lowered its fiscal year 2021 and 2022 earnings estimates of ITC by 1% and 2%, respectively, factoring in the increase in cigarette taxes. It also lowered its price target on the stock to 340 rupees a share from 370 rupees.

Edelweiss Securities cut its ratings on ITC to Hold from Buy saying the price increase will lead to volume decline as illegal cigarettes gain market share.