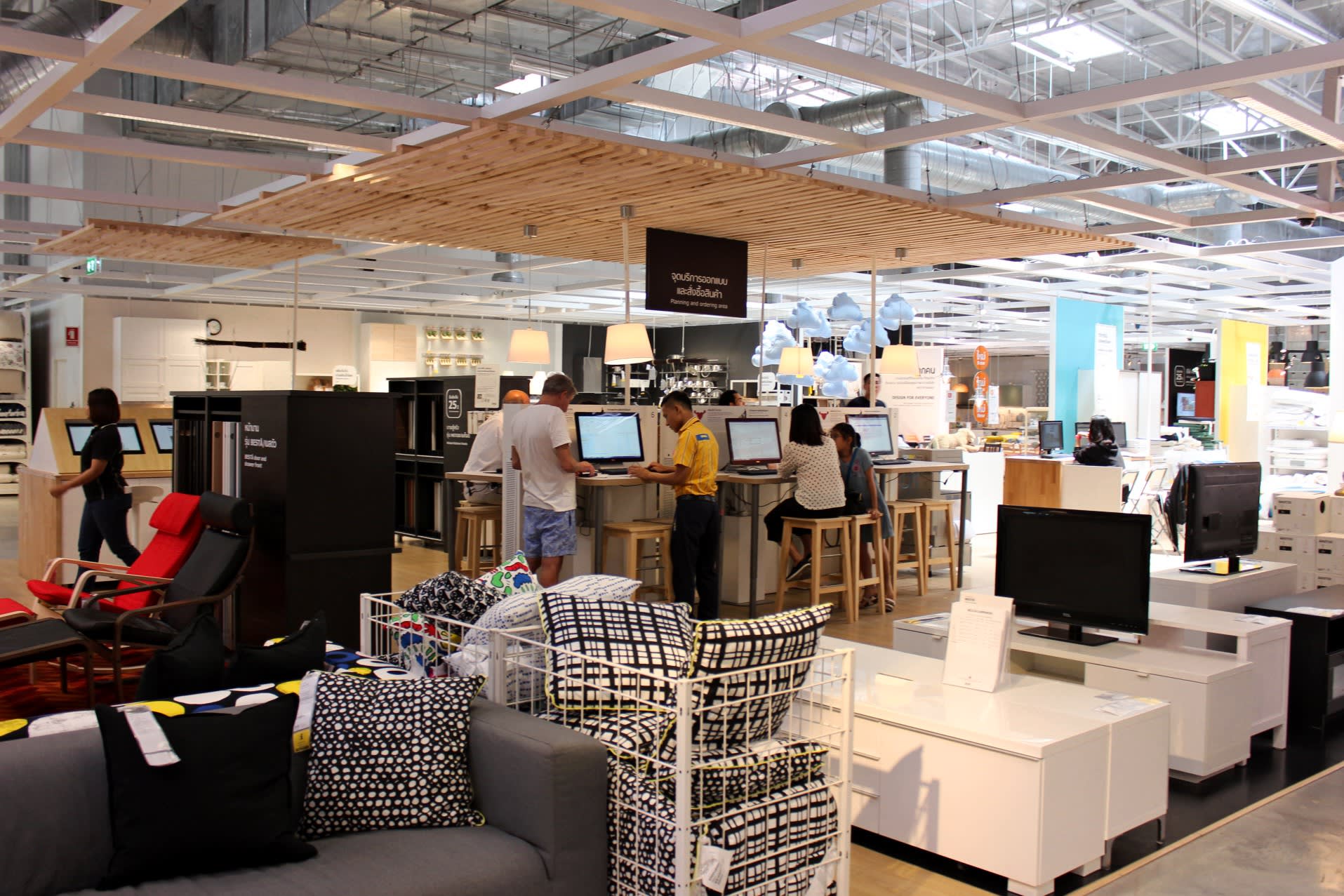 The Swedish home furnishings juggernaut will have compact stores by 2021 in Chiang Mai, Pattaya, Udon Thani and other Thai cities with populations mostly under 200,000. Unlike their full-size counterparts, these locations will not keep large furnishings in stock. Instead, those items will be delivered as needed from larger stores in major cities.

One such location already operates in the southern Thailand city of Phuket. Opening the roughly 2,600-sq.-meter shop cost just 175 million baht ($5.6 million) -- a mere one-thirtieth the cost of Ikea's full-scale store on the outskirts of Bangkok.

At the heart of the Phuket store, amid the shelves, cabinets and couches, sits a bay of computers. After surveying floor models on-site, customers sit down to order furniture and accessories online. Their purchases arrive from the Bangkok store two to three days later, ready for pickup at the Phuket location. Customers can even have orders delivered to their homes for an extra fee.

"Ordering is easy -- the staff help you out," said one customer shopping for a desk. The store struggled when it opened in 2015, but business has steadily improved as the location put more models on display and the Ikea name gained traction. In 2017, the shop moved into the black.

Ikea boasts over 400 stores worldwide. Global sales topped 38.3 billion euros ($46.8 billion) for the year ended in August 2017. Yet the furniture leader has barely scratched the surface in Southeast Asia, with just nine stores there at present.

That will change soon. The retailer has made the region a priority on par with South America, as a boom in housing construction and an explosion in the middle class foreshadow massive furniture demand.

Ikano, the Luxembourg-based company that runs Ikea's Southeast Asian stores, aims to have a location in the Philippine capital of Manila by 2020 and hopes to expand to Vietnam's Ho Chi Minh City as soon as 2022, said Christian Rojkjaer, who leads those operations.

Once full-size stores complete with warehouses are established in these urban centers, Ikano looks to tack on smaller shops in regional cities, which are poised to become economic powerhouses in their own right in the coming years. The population in Southeast Asia's regional cities will grow 18% between 2015 and 2025, U.S. research firm Nielsen Holdings estimates.

Thailand's capital region contributed 47% of the nation's gross domestic product in 2015, but that figure represents a drop of 5 percentage points from 20 years earlier. Companies ranging from department store chain Robinson, a member of Thailand's Central Group, to a supermarket chain under Indonesia's CT Corp. already are planning regional expansions to profit from the growth of second-tier cities.

While Ikea offers online purchases in developed markets, Southeast Asian shoppers will have to visit stores to order. Consumers in that region tend to have less trust in online shopping than do their counterparts in the U.S. or Europe, and prefer to see what they are buying before making the purchase.

The furniture seller began experimenting with compact stores in 2015, and now has such locations in countries including the U.K. and Canada. But the idea has failed to take in Japan: A roughly 1,500-sq.-meter location in the southern city of Kumamoto is slated to close at the end of July.