In Africa, Daikin offers cool-air hailing for $1.20 a day 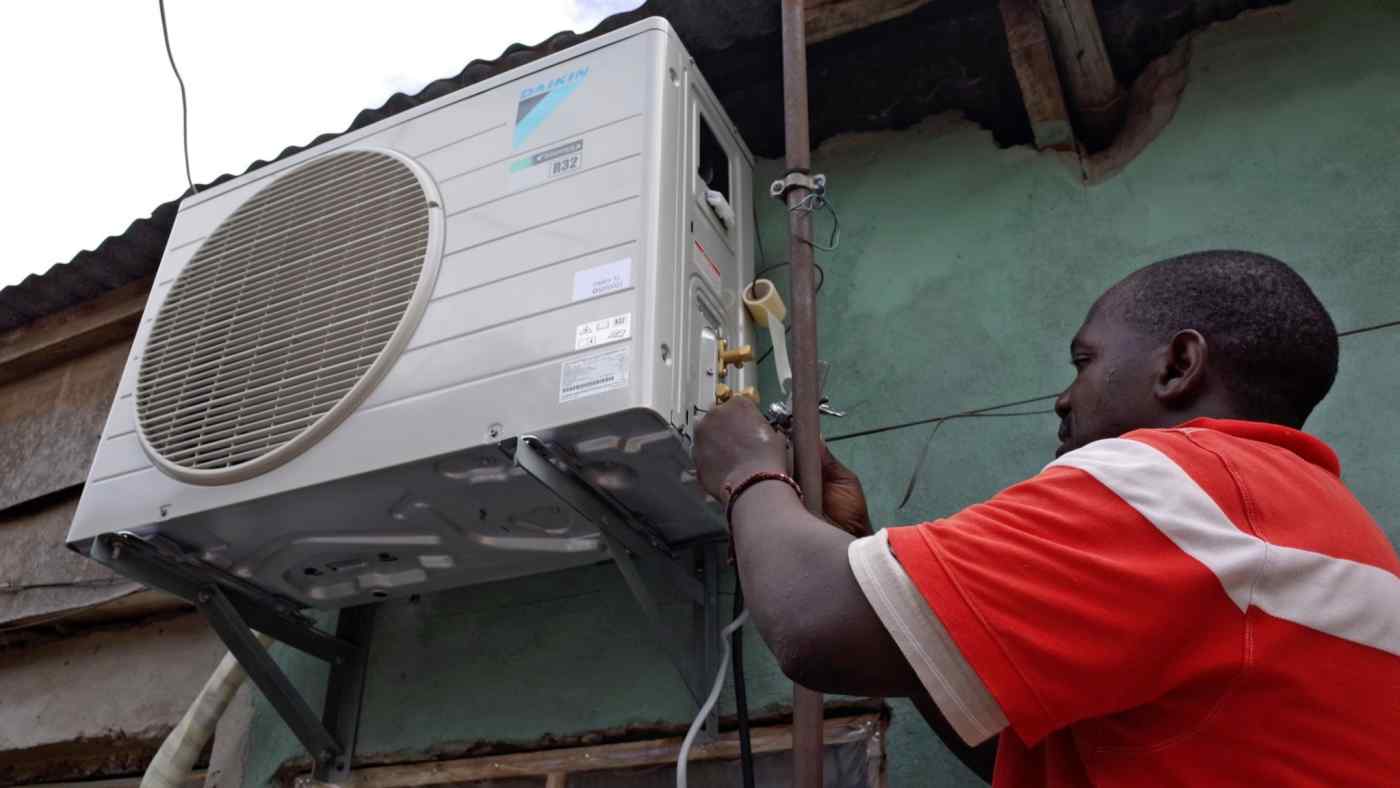 OSAKA -- Daikin Industries, known for its high-end air conditioners, seeks to crack the promising Tanzanian market by letting business customers pay as little as $1.20 a day only when they use its cooling appliances.

The pay-as-you-go format will let people start using its air conditioners without shelling out money. The Japanese company hopes that they will see the benefits of its appliances compared with lower-cost products from Chinese and South Korean rivals, leading to purchases.

In its pursuit of the African market, Daikin has tapped Wassha, a Tokyo startup that rents LED lanterns to people in off-grid East African communities via small stores known as kiosks. The appliance manufacturer will piggyback on the partner's mobile phone payment system. They are forming a joint venture this month in Japan, with Daikin controlling 80% and Wassha owning the rest.

The new service launching in fiscal 2021 will target such businesses as retail stores, beauty salons and restaurants. Users will pay the daily fee of about $1.20 to $1.60 via smartphone to unlock Daikin's communications-enabled air conditioners from an app for the day. Installation and electricity costs will be customers' responsibility.

After a trial period, the Japanese company will encourage customers to buy the air conditioners. The products will likely cost the equivalent of $640 to $740, or 20% to 70% above the price tags of air conditioners from South Korean and Chinese players. But Daikin's appliances are highly energy-efficient and will result in savings in the long run, the company says.

With such a long-term vision, Daikin will also work to develop local maintenance service staff. This effort will differentiate the company from the competition, particularly Chinese players, which are said to provide little after-sales service.

The pay-per-day service will be the first of its kind for Daikin, which aims to see about 50,000 air conditioners in use by 2024 and will consider launching a similar service in other East African countries.

The African market shows potential for growth, including Tanzania, where only 1% of businesses and households have air conditioning. But Daikin, whose focus on upmarket models has made it the world's top air conditioner maker by sales value, has lagged in Africa behind such lower-cost rivals as LG Electronics, Gree Electric Appliances and Midea Group, which dominate East Africa.

Considered the world's last untapped air conditioner market, Africa accounted for 3 million units -- just around 3% -- of the 2018 global market of 110 million residential and commercial units, according to the Japan Refrigeration and Air Conditioning Industry Association.