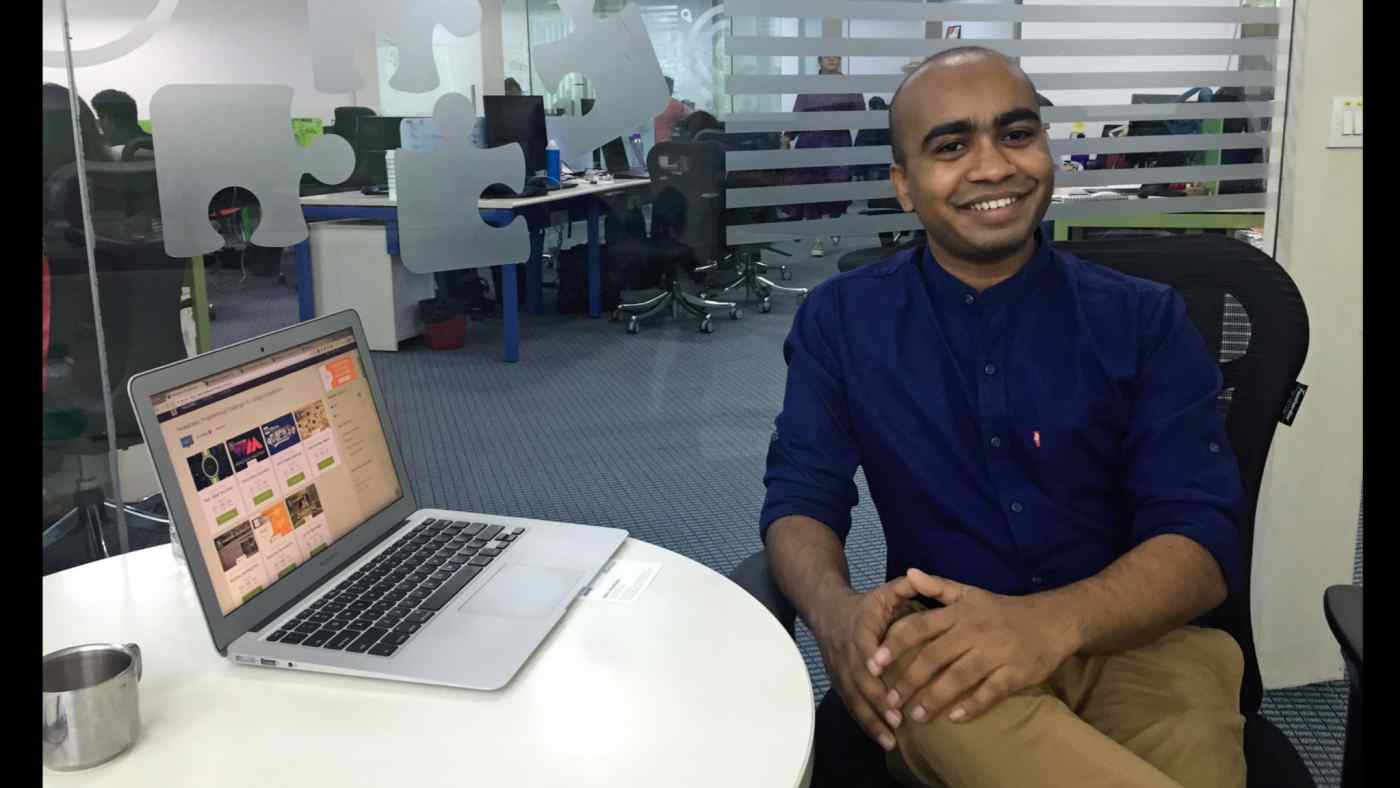 MUMBAI -- Indian startup HackerEarth, a service that organizes hackathons, helps companies around the world solve software puzzles by tapping into huge and growing database of developers.

Hackathons are contests in which programmers compete to develop new products and services on a specific theme within a certain time frame.

The company, which is backed by investors including Prime Venture Partners, a Bangalore-based venture fund, had 2 million registered programmers in 2017, twice as many as the previous year, and the figure is expected to double again to 4 million by 2019. HackerEarth has set a sales target of $8.5 million this year, more than double its sales in 2017.

As the concept of "open innovation," or seeking solutions to problems from people outside an organization, takes hold as a useful way to develop services, more companies are holding hackathons.

Clients looking for innovative ideas pay an annual fee to access HackerEarth's platform. They can set up a hackathon by choosing a theme and contest period. Registered engineers can participate in hackathons listed on the platform. Those with the best ideas or products are awarded cash prizes.

Honeywell International, a U.S. manufacturer of industrial components, held a hackathon using HackerEarth's tool on Sept. 29 in Bangalore. The company selected a number of themes, including development of inspection drones and sensors.

Companies use hackathons in different ways. Some buy products and ideas, and take the process forward themselves. Others ask developers to commercialize the ideas they come up with and pay them for it. The contests can also be a hiring tool, testing the skills of potential employees.

"Today we are working with over 500 enterprise companies all over the world. We have a pretty large customer base in India and in the U.S. Very recently we started working with partners in China, in Japan. Now [we are] looking at Southeast Asia's geography, also, very actively," said Vivek Prakash, who co-founded HackerEarth in 2012.

Indians make up about 70% of the platform's programmers. The rest come from various locations, including the U.S. and South Asia.

In addition to its headquarters in Bangalore, HackerEarth has offices in New Delhi and the western state of Maharashtra. In June, it opened an office near San Francisco.