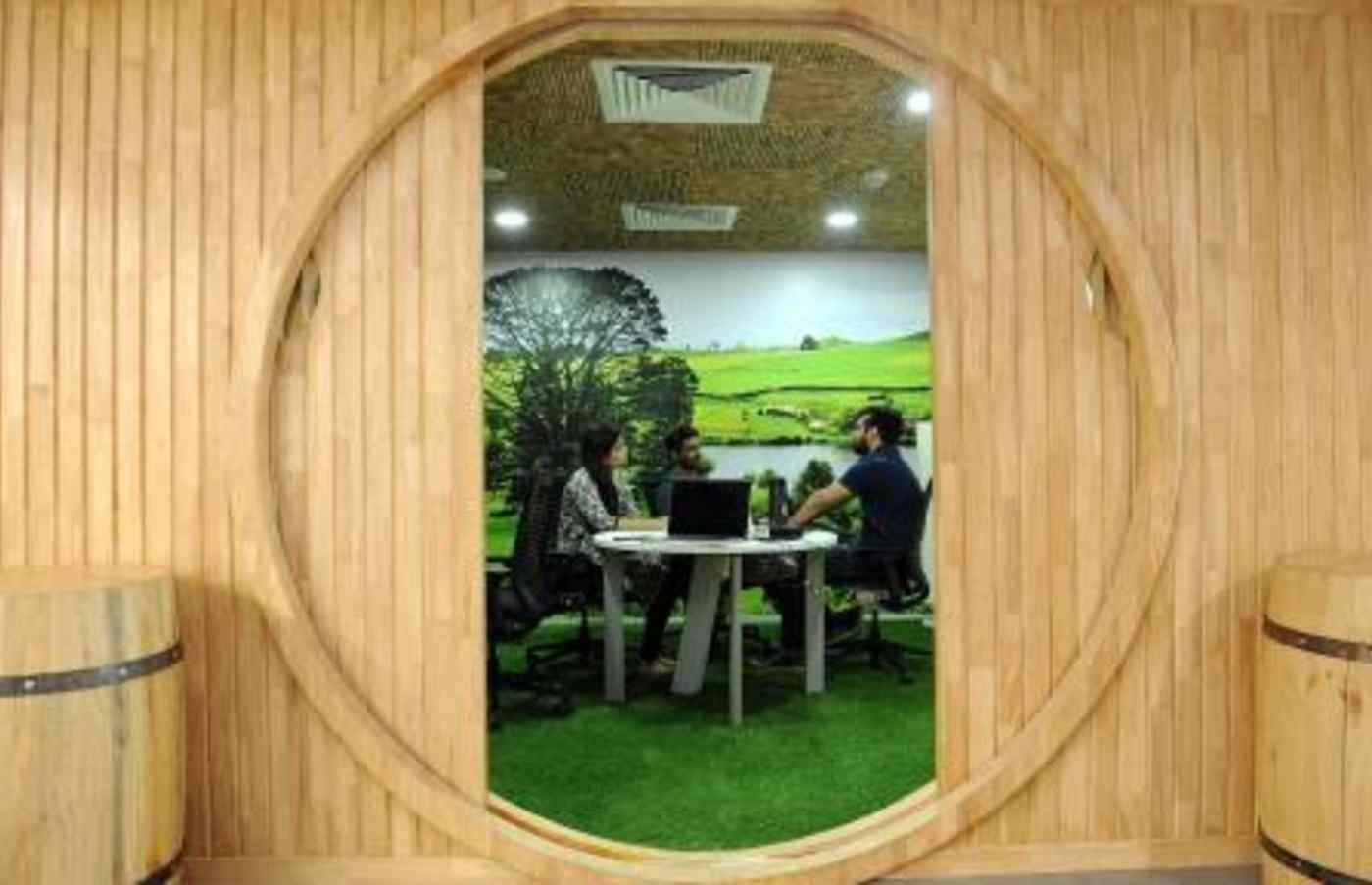 Hike's office is typical of a technology company these days -- open plan with spaces to work, play and even nap for its 250 staff. (Photo by Jagan Negi)
Penny MacRae, Contributing writerMay 12, 2016 01:30 JST | India
CopyCopied "We're at the beginning of the beginning of this Indian market," said the younger Mittal, chief executive of Hike, which is backed by a joint venture between Japan's SoftBank and his father's Bharti Enterprises, which controls Bharti Airtel, the country's biggest mobile operator. Only about 150 million of India's 1.2 billion populace are now mobile Internet users, Mittal says, dismissing estimates that 400 Indians are online as "total nonsense."