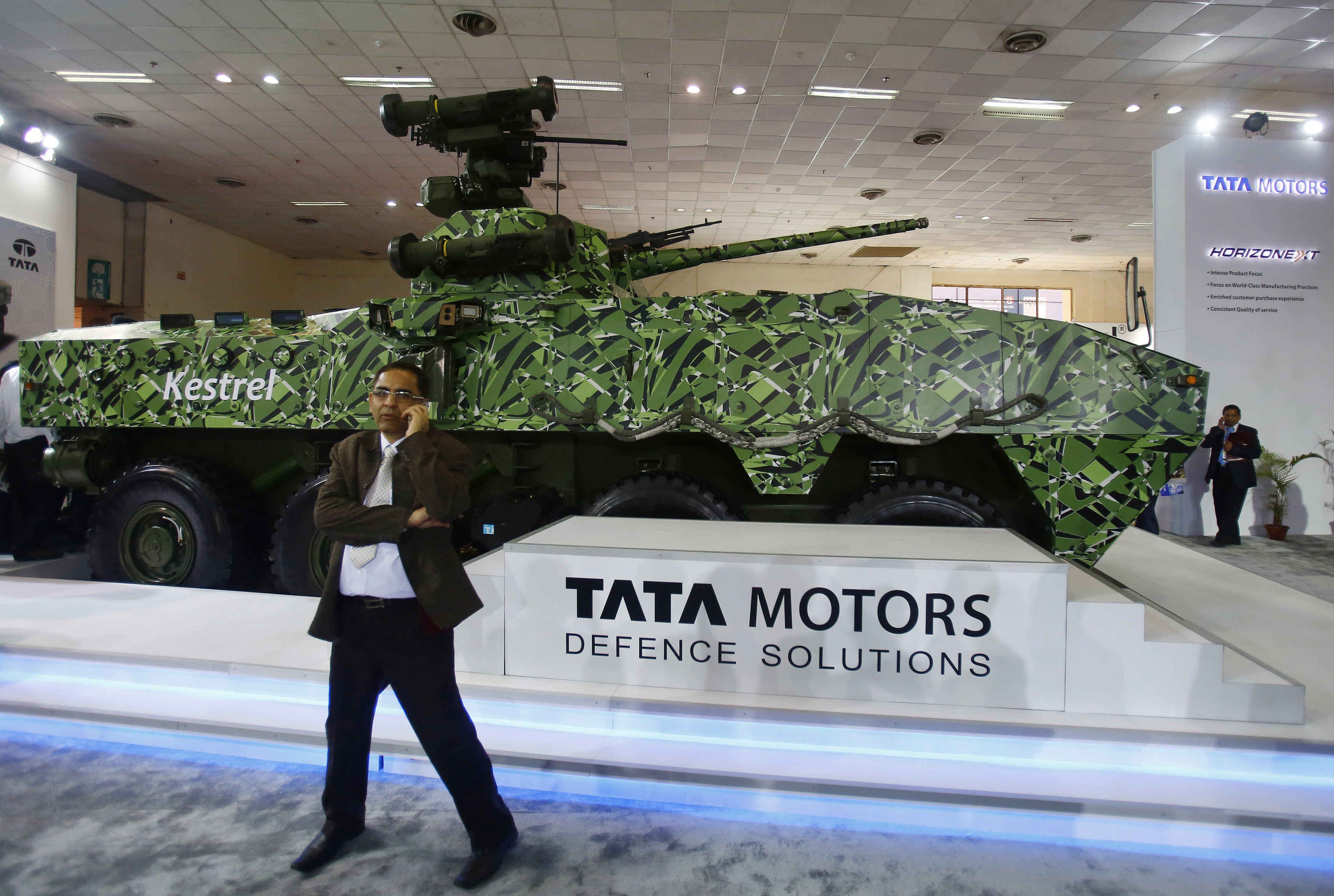 MUMBAI (NewsRise) -- Tata Sons, the holding company of India's largest conglomerate, is consolidating its businesses across aerospace and defense sectors under a single entity in a bid to more effectively tap a government push to turn the nation into a manufacturing hub.

The entity Tata Aerospace and Defence will encompass the full range of solutions across land mobility, aerospace, weapons system, sensors and command controls, and communication, Tata Sons said in a statement on Wednesday. The necessary statutory and regulatory approvals are being obtained, the Mumbai-based company said.

Tata's move comes at a time when India -- the world's largest arms importer -- is banking on foreign investments and privatization to boost local manufacturing of military equipment. Prime Minister Narendra Modi's government has pledged to spend up to $250 billion on military modernization over the next 10 years through its "Make in India" campaign.

At a speech in the southern Indian city of Chennai on Thursday, Modi said his government has created regulations, processes, and procedures that are industry-friendly, transparent, and predictable to enable defense manufacturing and exports. The government is set to create two defense industrial corridors in the country that will "utilize the existing defense manufacturing ecosystems in these regions, and further build upon it," he said.

Meanwhile, a slew of Indian conglomerates such as Reliance Industries, Larsen & Toubro, and Mahindra & Mahindra have entered or expanded their presence in the defense sector in recent years. On Thursday, Mahindra said its defense systems unit partnered with Boeing as well as state-owned military aircraft maker Hindustan Aeronautics to manufacture F/A-18 Super Hornet fighter jets.

Tata Group expects the new company to bring together more than 6,000 employees with production facilities in the southern Indian states of Telangana and Karnataka, Jharkhand in central India, and Maharashtra in the west.

"The formation of Tata A&D, a single unified entity, will allow us to better target emerging opportunities in aerospace and defense, and engage holistically with customers both in India and globally," N. Chandrasekaran, chairman of Tata Sons, said in the statement.

In December, Tata Advanced Systems tied up with GE Aviation to manufacture and assemble components for the U.S. company's CFM International's LEAP engines. It then said that the two may also jointly pursue military engine and aircraft system opportunities for the Indian market.

In 2016, Tata Advanced Systems entered into a contract with U.S.-based Bell Helicopters to potentially make and assemble naval choppers. The group also partnered with Lockheed Martin, which is looking to set up its F-16 production line up in India.

In 2014, Tata Sons had said it will invest $35 billion in the three years to expand into new areas, including defense. Tata Motors, the automotive of unit of Tata Sons, has also tied up with Bharat Forge and U.S.-based General Dynamics Land Systems to bid for India's future infantry combat vehicle project.