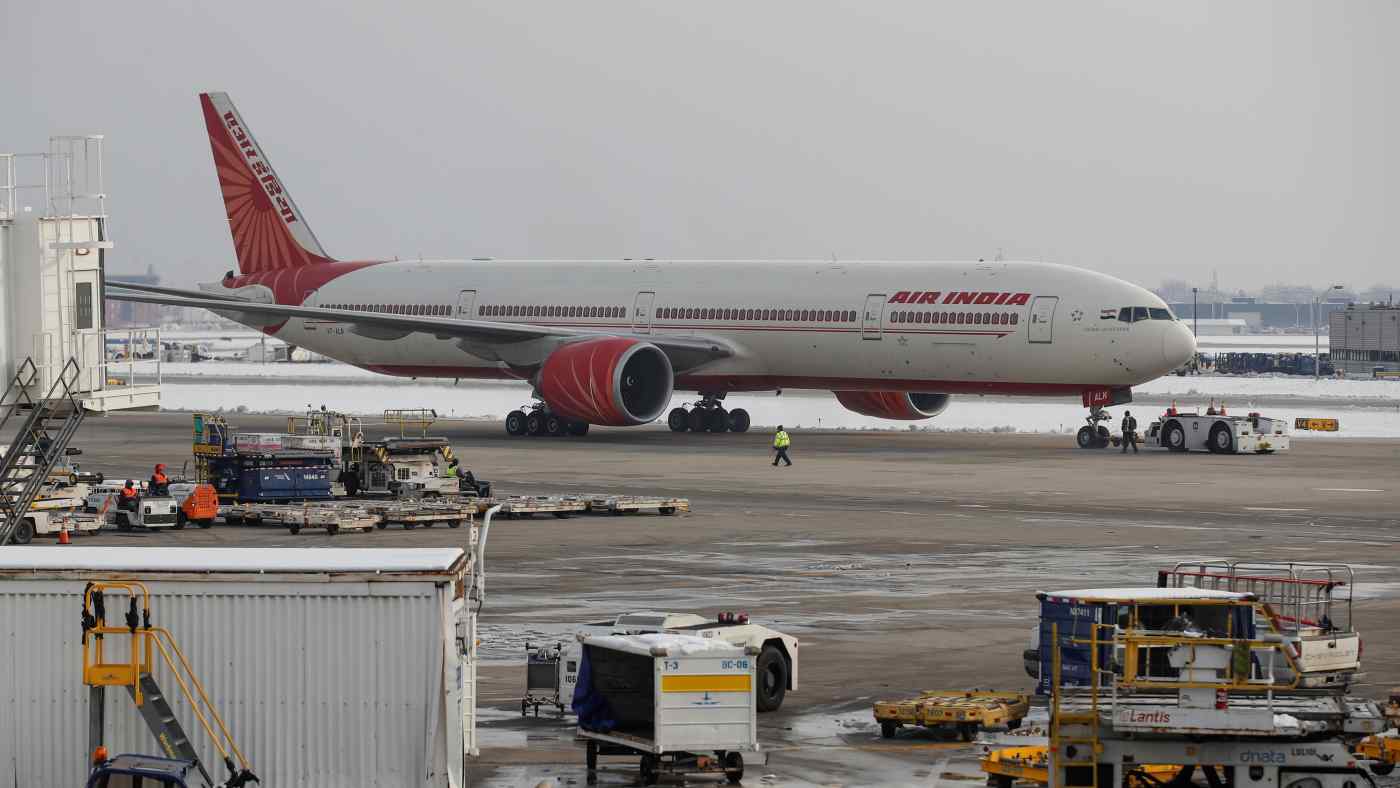 NEW DELHI -- The long-awaited sale of Air India has been put off again, with the government of Prime Minister Narendra Modi extending by another two months the deadline for submission of preliminary bids to buy a 100% stake in the loss-making national carrier.

The culprit this time: the novel coronavirus pandemic.

In late January, the government relaunched its drive to privatize the airline, after an attempt in 2018 failed. It set a March 17 deadline for bidders to submit expressions of interest. But as the coronavirus sent the global aviation industry into a tailspin, the deadline was extended to April 30, then to June 30.

The latest postponement comes "as per the requests received ... in view of the prevailing situation arising out of COVID-19," the government said in a statement on April 28. "Further changes with respect to the important dates, if any, will be communicated to the interested bidders subsequently."

Similarly, the deadline was extended to June 13 for expressions of interest to bid for the government's 53% stake in oil and gas company Bharat Petroleum. The original deadline was set for May 2.

Disinvestment from Air India, Bharat Petroleum and other state-owned enterprises remains a priority for the Modi government, which is trying to shore up revenues as the economy is jolted by the global coronavirus outbreak.

The government, on Feb. 1, set an ambitious revenue target of 2.1 trillion rupees ($28.1 billion at current rates) from disinvestment for the current financial year that began in April, including 900 billion rupees from an initial public offering for insurance behemoth Life Insurance Corp. and a share sale for IDBI Bank. But volatility in the equity market triggered by the pandemic has likely put that target out of reach. 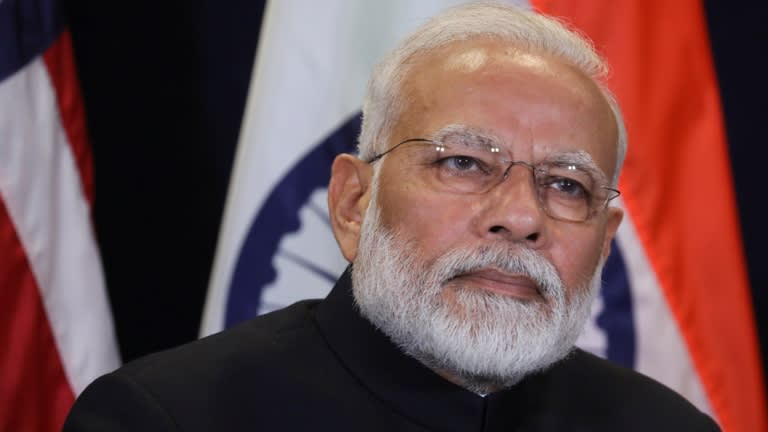 The government of Prime Minister Narendra Modi had set an ambitious revenue target of 2.1 trillion rupees from disinvestment for this fiscal year, which began in April.   © Reuters

Experts believe the government needs to recalibrate its disinvestment goal, which is more ambitious than last year's and was set before COVID-19, the disease caused by the virus, started gripping India. The country had only one confirmed case as of the end of January. By Sunday morning, coronavirus infections stood at 62,939 while the death toll had reached 2,109 in Asia's third-largest economy.

"Even before [the coronavirus hit], the economic slowdown was already happening, and 2.1 trillion rupees in such a situation was on the very high side," said N.R. Bhanumurthy, a professor at the New Delhi-based National Institute of Public Finance and Policy. "Now, with COVID-19, I doubt the government will even be able to think of processing its disinvestment proposals. This year, my feeling is, you may not achieve anything," Bhanumurthy told the Nikkei Asian Review.

Disposals of public assets are a valuable source of revenue and give state-owned companies the chance to streamline and become more competitive. The delays are a lost opportunity for reform.

According to India's latest Public Enterprises Survey, tabled in parliament in February, 249 companies owned by the central government were in operation. The survey notes that some of these companies have incurred losses continuously for the past several years. 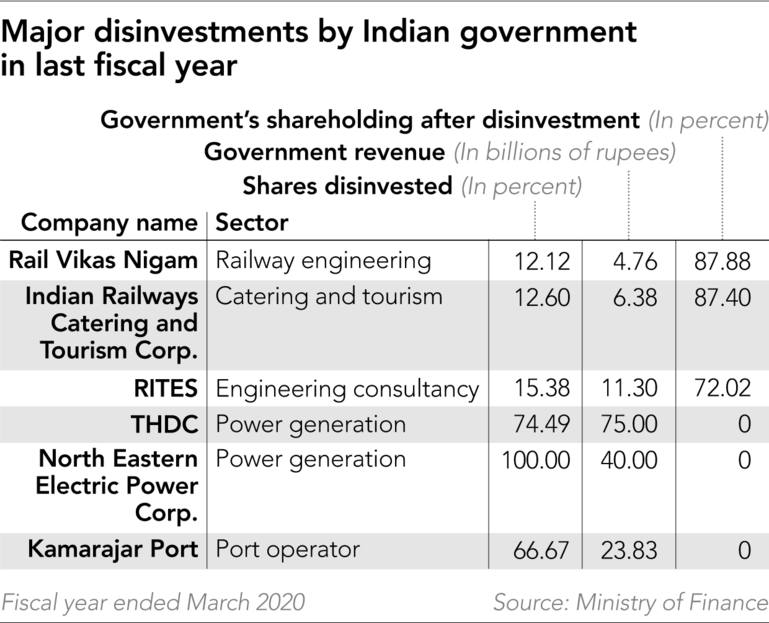 For the fiscal year ended in March, the Modi government originally set a target of raising 1 trillion rupees from divestments. It cut that to 650 billion rupees when the Air India sale failed to take off, but still fell short, undershooting the revised target by 147 billion rupees.

Air India's sale is crucial because the airline has been losing money for more than a decade. Stronger competition from low-cost carriers such as IndiGO -- owned by InterGlobe Aviation -- as well as exchange-rate losses and high debt-servicing costs have all taken a toll.

The airline has continued to chalk up losses despite an equity infusion of 305.2 billion rupees by authorities since the 2011-12 fiscal year. Officials feel that further support for the airline in a mature and competitive aviation market is a waste of scarce financial resources.

The government's previous attempt to sell a 76% stake in Air India failed to attract any buyers. It now wants to sell the entire airline, along with its low-cost arm, Air India Express, and its 50% stake in Air India SATS Airport Services, a ground-handling joint venture with Singapore's SATS.

Any potential buyer would have to take on around 233 billion rupees of the national carrier's total debt of about 600 billion rupees.

In a March 18 report, aviation consultancy CAPA said the government will require a buyer to commit immediate interim funding of $300 million to $400 million to ensure that the airline can maintain its current level of service until the sale is concluded. "The government must also have a fallback plan to regroup and continue to operate the airline for the medium term if the privatization process is unable to proceed," it added.