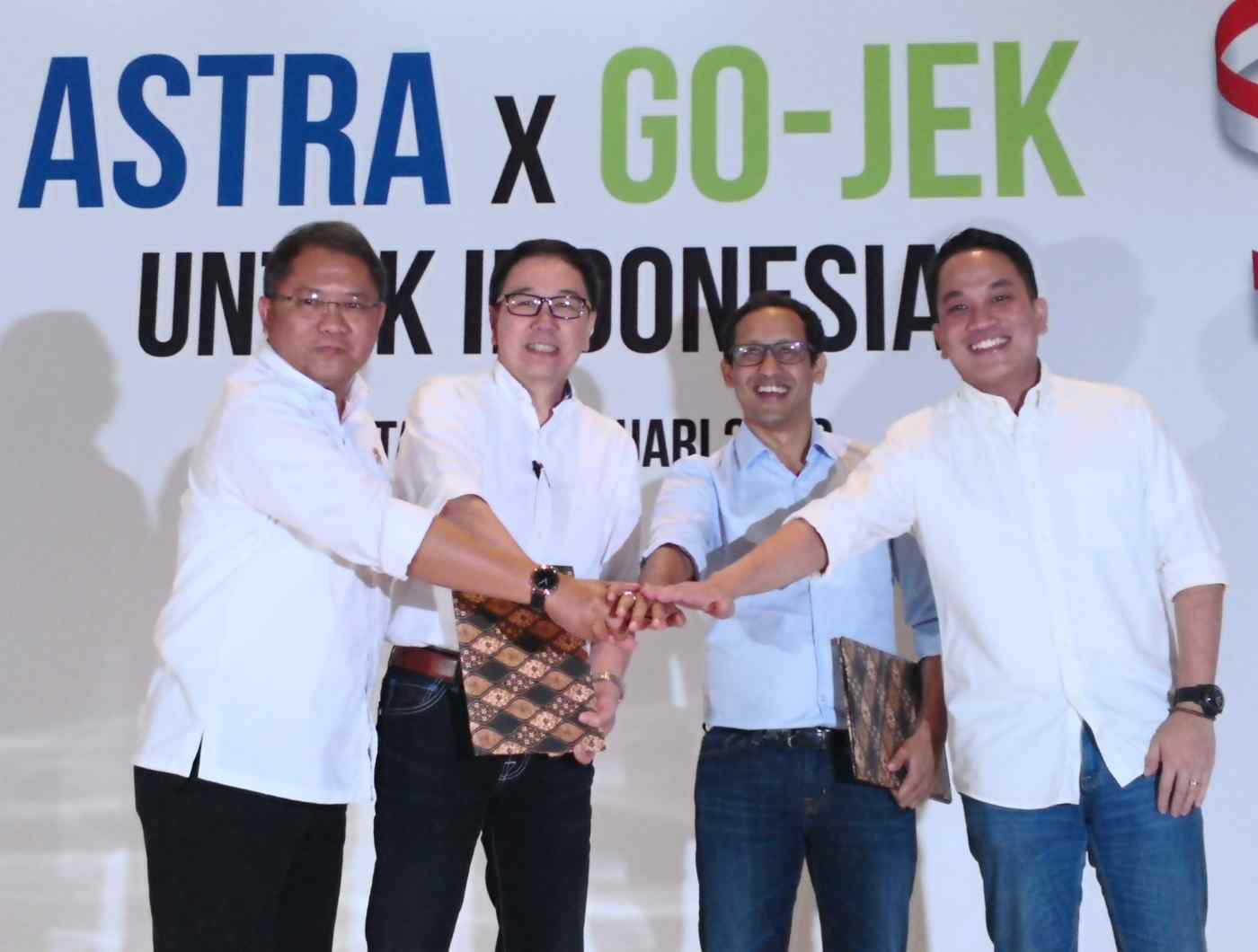 The deal marks Astra's first major investment in a technology company and highlights the wide range of interest that the startup and the country's fast-growing internet sector is attracting.

The deal combines "two national champions" with potential areas of collaboration reaching far beyond funding, Nadiem Makarim, Go-Jek's founder and chief executive officer, said at a press conference in Jakarta. Astra is the largest investor in the startup's latest funding round, he added.

A report by Google and Singapore's state investment company Temasek Holdings in December said Southeast Asia's ride-hailing market more than doubled from $2.5 billion in 2015 to $5.1 billion in 2017, and will reach $20.1 billion by 2025. Indonesia, the region's largest economy and most populous country, is expected to account for a bulk of that growth.

While Indonesia's largest family-owned businesses have been aggressively investing in technology startups for the last few years, Astra, majority owned by a unit of Hong Kong conglomerate Jardine Matheson Holdings, has been mostly dormant.

Astra President Prijono Sugiarto said it is designing a "digitalization program" that will be applied to its existing business units and will use the investment in Go-Jek to gain know-how in handling big data. He also said there will be operational synergies.

Astra is Indonesia's largest distributor of cars and motorbikes, and has been struggling with sluggish sales in the face of a slowdown in Indonesia's consumer spending. The investment gives the company an opportunity to tap into Go-Jek's pool of some one million drivers. Astra, which also has a financial arm, can offer loans and insurance services for drivers who want to upgrade their vehicles, for example.

For Go-Jek, the investment from a national icon is an important stamp of approval as it tries to fend off competition by ride-hailing rivals Singapore-based Grab and Uber Technologies of the U.S. Japan's SoftBank has become a major shareholder in both companies, raising speculation that the two rivals will eventually seal a pact in Grab's mainstay of Southeast Asia.

Go-Jek launched its smartphone app in early 2015. The app has since evolved into an on-demand platform for two- and four-wheeler taxis, food deliveries, couriers and more, most of which can be paid for by Go-Pay. In December, it said it had 15 million weekly users and processes 100 million orders a month.