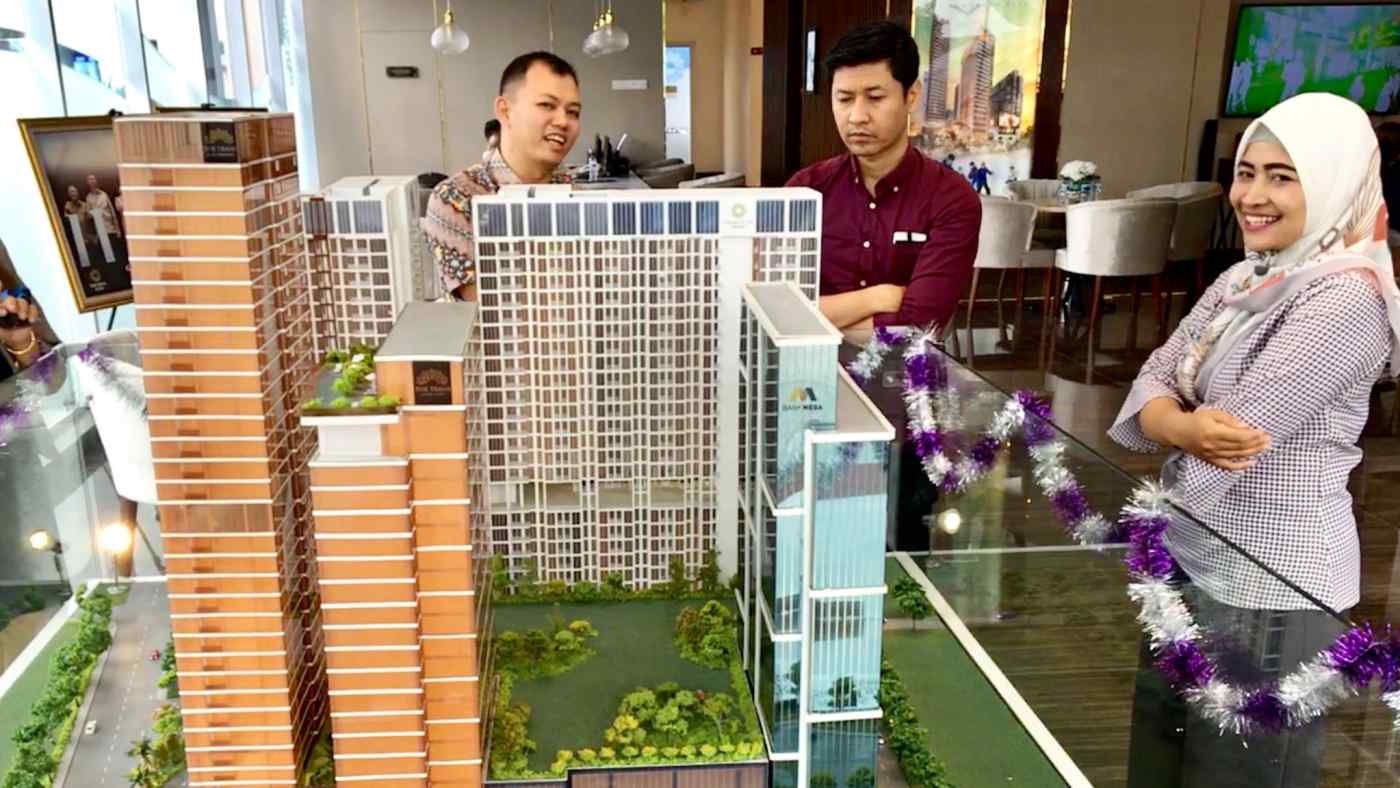 The company has begun construction on Trans Icon, a 2.5-hectare mixed-use development in the East Javan city of Surabaya. Set to open as early as 2021, the complex will come with a supermarket, apartments and a luxury hotel.

The crown jewel will be the country's first indoor ski slope. Built with technology from the United Arab Emirates, the facility will let customers enjoy snow in the tropical country.

CT Corp., founded by Chairul Tanjung in 1987, is an upstart compared with domestic rivals like Salim Group, Sinar Mas Group and Lippo Group. It offers a rare example of an Indonesian conglomerate led by someone of non-Chinese descent.

The company, which centers on retail, finance and media, generates annual sales in the billions of dollars. CT Corp. acquired a supermarket joint venture involving French retailer Carrefour in 2013 that it later rebranded as Transmart. The chain has become one of the country's three biggest, along with Giant and Hypermart.

CT Corp. also operates in the leisure and real estate businesses. It is the second-largest investor in national airline Garuda Indonesia, with a roughly 25% stake.

The conglomerate's retail strategy entails boosting store traffic by concentrating supermarkets, restaurants, banks, high-rise residences and entertainment facilities in one place. Trans Icon is emblematic of that plan. The company is building a mixed-use development featuring an indoor snow park outside Jakarta as well.

Development is underway for five large projects each worth $200 million to $400 million, with 15 smaller ones worth around $30 million apiece in the pipeline, Chairul told Nikkei.

The company accelerated mixed-use development in response to a transforming retail environment. Indonesian retail sales from October through December rose just 3.1% on the year, provisional data from the central bank shows, compared with growth of around 10% that lasted until late 2016.

As products like furniture and electronics become commonplace, there are fewer products that consumers are interested in, Lippo Group CEO James Riady said.

CT Corp. intends to expand its leisure business throughout Indonesia, where spaces for recreation remain sparse, by turning Transmart properties into mixed-use facilities. The conglomerate already operates over 110 supermarkets, topping its goal of reaching 100 by 2019, Chairul said.

Chairul was born in 1962. His father ran a newspaper, but the family's life was turned upside when the publication was banned. Chairul began selling textbooks in college to cover tuition, an undertaking that honed his business acumen. He has been praised for his keen sense for reading economic trends.

In addition to his duties as chairman of CT Corp., Chairul doubles as president commissioner for core group companies in banking and television.

Since Suharto took power in 1967, Salim Group and other conglomerates led by ethnic Chinese have dominated the country's economy by aligning themselves with his government. Suharto's fall in 1998, however, opened the door for new competitors. CT Corp. rode that wave to become the poster child for conglomerates owned by Indonesians of non-Chinese descent.

While groups founded by Chinese-Indonesians have passed on the reins to successors, CT Corp. remains led by Chairul. Though its sales may pale in comparison with ethnic Chinese rivals like Salim, CT Corp. is considered more flexible and better able to coordinate partnerships among group companies.