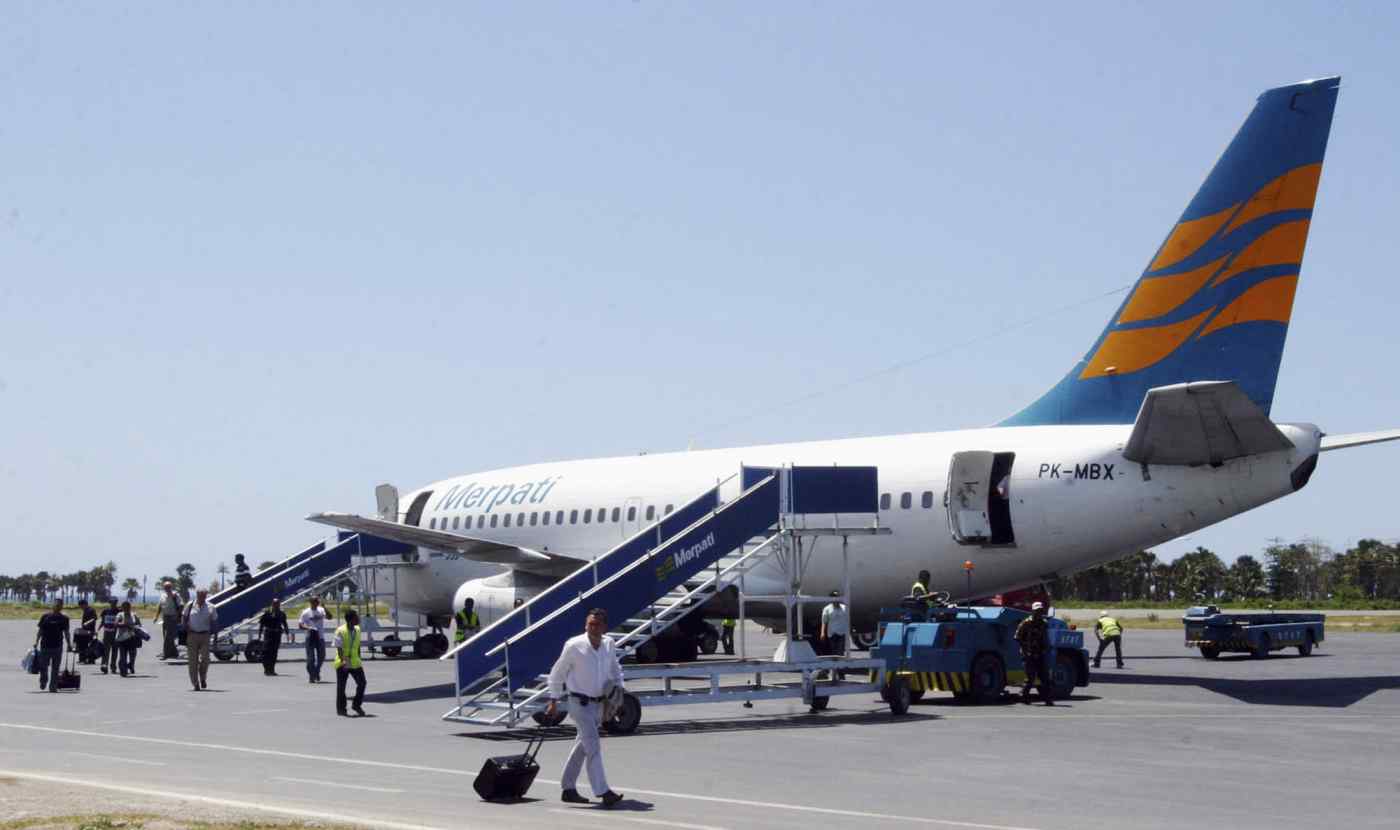 JAKARTA -- Indonesia's state-owned Merpati Nusantara Airlines, which stopped flying in 2014 due to financial problems, hopes to resume operations next year, the company's president said Monday, revealing that the airline has received a promise of financial backing from a domestic investor.

But whether the carrier can take to the air again will depend on settling with creditors over its 10.95 trillion rupiah ($734.2 billion) in debt.