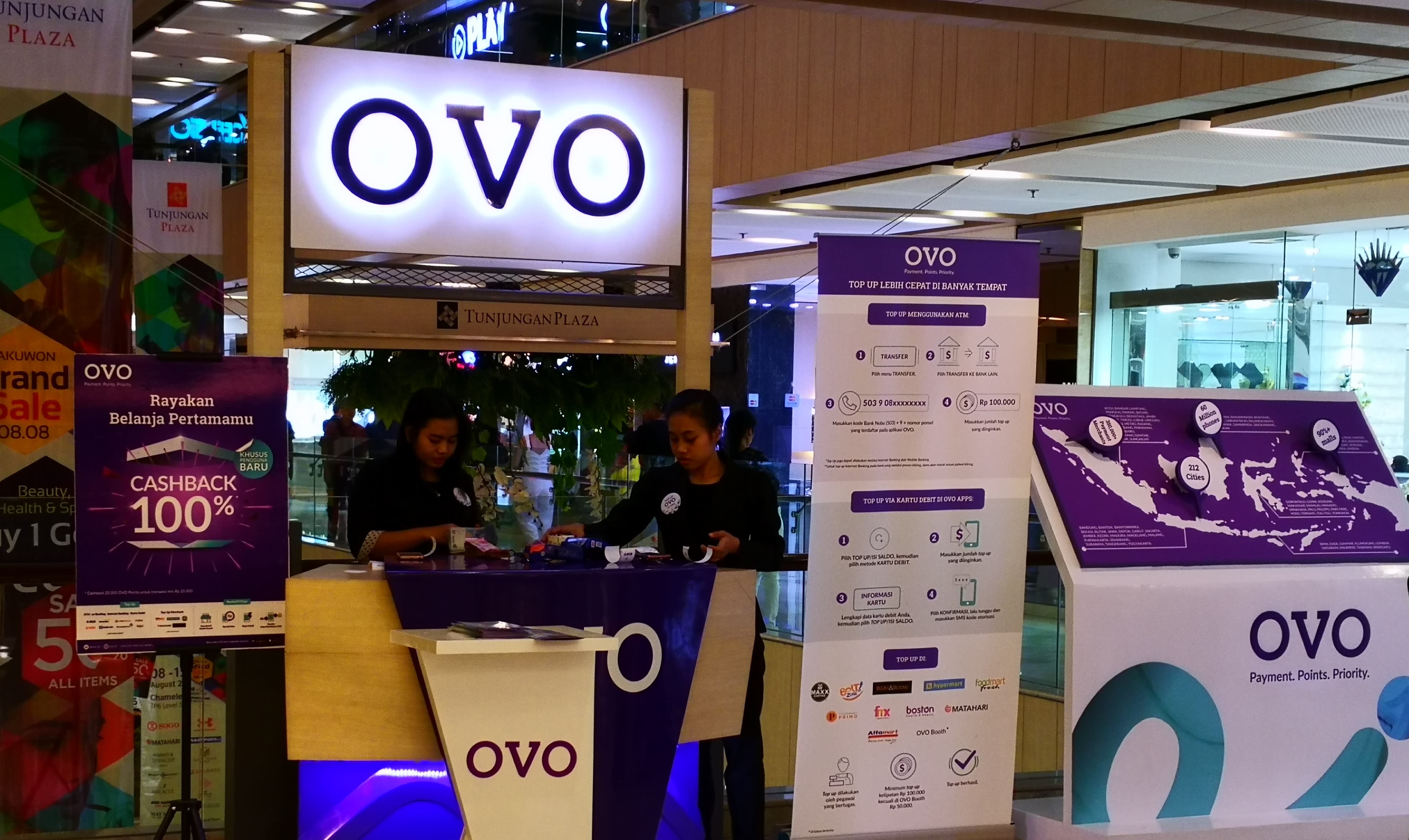 The Ovo e-payment service is cropping up at retail locations across Indonesia, like this mall in Surabaya.
ERWIDA MAULIA, Nikkei staff writerOctober 31, 2018 23:03 JST | Indonesia
CopyCopied

JAKARTA -- Top Indonesian e-commerce site Tokopedia appears to have abandoned its long-suspended e-wallet in favor of a partnership with Ovo, a digital payment platform developed by local conglomerate Lippo Group.

Tokopedia, which boasts 80 million monthly users, tried to enter the e-payment business with TokoCash in March 2017. But the Indonesian unicorn put that effort on hold six months later after being told to suspend the payment service pending a review by Bank Indonesia.

More than a year later, with TokoCash's fate unclear, Tokopedia announced a tie-up with Ovo.

"We've been selected as their strategic partner for payment," Ovo CEO Jason Thompson told the Nikkei Asian Review in a phone interview on Tuesday. "It's an open-ended contract, and we will fully replace TokoCash."

"This takes us one step closer to our mission of democratizing commerce through technology," Juminto said in a statement.

Lippo debuted Ovo last year as an e-payment option at group retailers, which include shopping malls, department stores and e-commerce sites. The service took off in June after Singapore-based ride-hailing company Grab integrated Ovo into its app for Indonesian users. Like TokoCash, Grab's GrabPay has been suspended in Indonesia since last year, awaiting a review by the central bank.

Ovo, meanwhile, has received its e-money license from the bank through Lippo subsidiary Visionet Internasional.

Bank Indonesia issued a regulation in May capping foreign ownership in e-money providers at 49%, which may explain why it continues to suspend GrabPay, TokoCash and BukaDompet, an e-wallet developed by Indonesian e-commerce site Bukalapak

The amounts of foreign money that have turned Tokopedia and Bukalapak into unicorns -- unlisted startups valued at $1 billion or more -- seem to have rendered their local ownership status questionable. China's Alibaba Group Holding and Japan's SoftBank Group are among investors in Tokopedia, while Bukalapak has received funding from Alibaba founder Jack Ma Yun's Ant Financial Services Group and Singaporean sovereign wealth fund GIC, among others.

Bukalapak has offered Dana, an e-wallet developed jointly by Ant Financial and Indonesian partner Elang Mahkota Teknologi, as a payment option since August.

E-payment still represents a tiny fraction of transactions in Indonesia, but the industry is growing rapidly. E-money transactions in the country for the first nine months of the year totaled 31 trillion rupiah ($2 billion), nearly triple the figure for all of 2017.