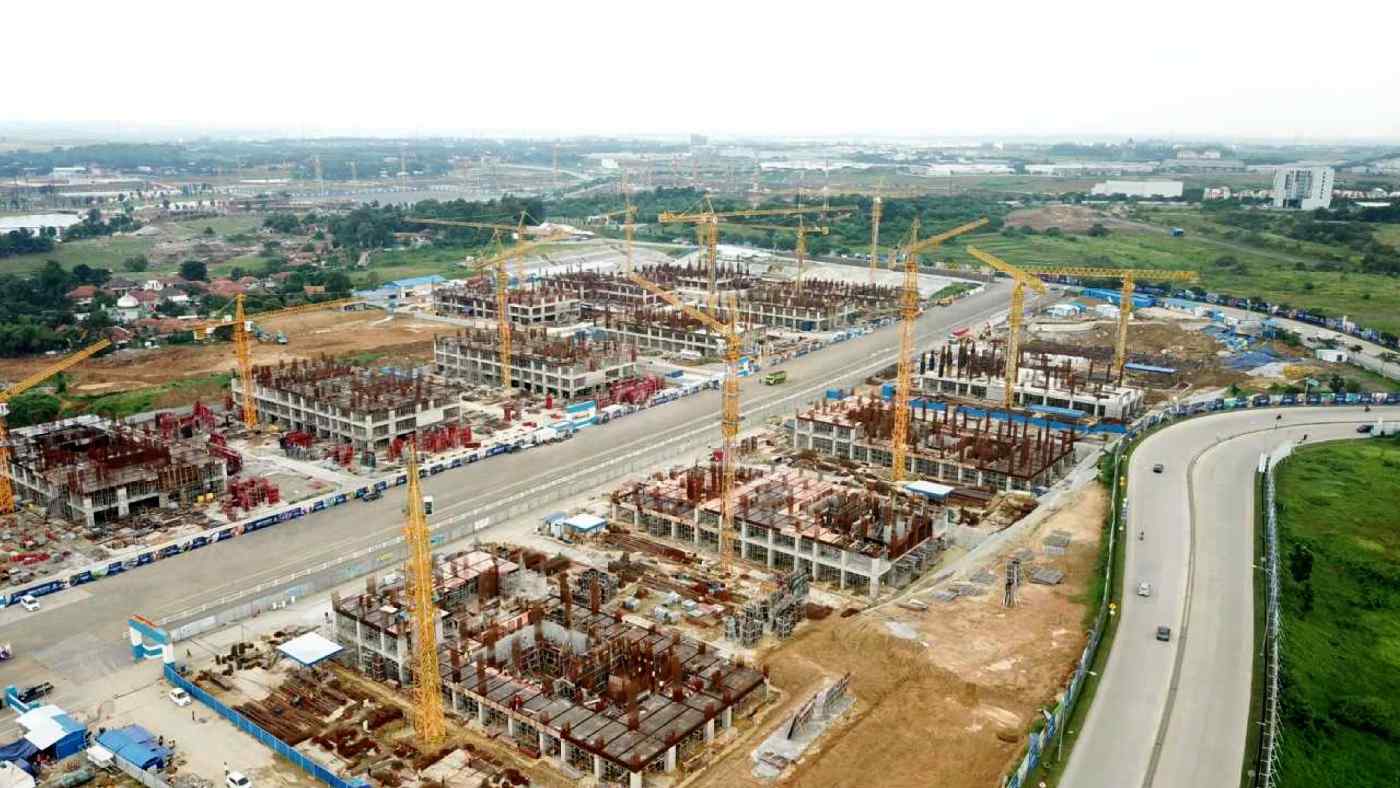 Lippo Karawaci was one of 15 companies to receive a warning from the Indonesia Stock Exchange on Friday for missing its reporting deadline. Its main subsidiary, Lippo Cikarang, was also warned over its failure to file. This is the second time in recent years that the property developer has failed to submit its financial report on time, according to an IDX official.

Credit rating agency Moody's, which has downgraded Lippo's rating three times in the past 18 months, has voiced concern over the delay. The developer had been due to file by July 31, but was given an extension to October 1, but still failed to meet the deadline. The previous delay in Lippo's annual earnings for 2017 prompted Moody's to review and in April downgrade the company's corporate family rating -- which measures the likelihood of default within a family of companies -- from B1 to B2 in April.

"Moody's is concerned about the delay in the release of quarterly results," Saranga Ranasinghe, analyst at Moody's Investors Service, told the Nikkei Asian Review. "According to the company, the delay in results is prompted by the audit [announced in July for second quarter results] and questions... on Lippo Cikarang."

Lippo Cikarang is the main developer of Meikarta, a new township outside Jakarta that the Chinese-Indonesian conglomerate Lippo Group plans to develop. When announcing the project in May last year, the group's chief executive James Riady said Meikarta would span at least 2,200 hectares and be home to 100 skyscrapers. Lippo also opened the 278 trillion rupiah ($18.2 billion at the current rate) project to outside investors.

But since then the development has run into difficulty, with a law suit over alleged failure to pay its huge advertisement bills, permit problems and claims from salespeople that they had not been paid.

Industry analysts at DBS Group, a Singapore based financial services group, wrote last month that Lippo Karawaci was facing potential margin pressure from the shift to high-rise developments -- including the "higher-risk" Meikarta project -- in its property business. They also warned that returns would be hit by the higher exposure of its hospital business to the government's universal health care insurance program, or BPJS, which typically offers lower margins.

Lippo has not yet clarified the extent to which the Meikarta project may be affecting its margins. But since the launch of the flagship project, the company's cash flows have been deteriorating and it has become increasingly reliant on asset sales to service debt. Moody's highlighted that it was concerned about the group's "weak liquidity and the reliance on asset sales to service debt."

Lippo's problems have been aggravated in recent months by rupiah depreciation, with more than 90% of the group's outstanding $1 billion debt denominated in dollars. The higher interest expense contributed to Moody's decision to downgrade Lippo Karawaci yet again last month, from B2 to B3 with a negative outlook.

"The downgrade reflects our expectation that Lippo Karawaci's operating cash flows at the holding company level will weaken further over the next 12-18 months, such that the company's ability to service its debt servicing obligations will be subject to its ability to execute asset sales," Moody's vice president and senior analyst, Jacintha Poh, said in a Sept. 19 note.

"Further, Lippo Karawaci remains exposed to refinancing risk because there is insufficient liquidity to address its total outstanding debt maturities in 2018 and 2019."

On Monday, the rupiah continued its recent slide to touch its weakest level against the dollar in more than two decades.

Ranasinghe added Lippo's disposal strategy could mean cash flow volatility, given that asset sales could be subject to delays and market conditions.

Lippo has not responded to requests for comment. On Sept. 1, in an attempt to quash rumors of the Meikarta project stalling, the company announced it had handed the keys to 863 apartments in six towers to their buyers.

"The handover of these apartments in the [central business district] of Meikarta is concrete proof of [our] very good achievement and success in fulfilling our commitment to customers," Lippo Karawaci President Ketut Budi Wijaya said in a press statement.

Yet in a sign that the company is looking to raise funds, it announced on Sept. 18 a transaction with other Lippo businesses to sell assets. It struck a deal worth 202 million Singapore dollars with its affiliates based in the city-state, OUE and OUE Lippo Healthcare (OUELH), to sell its 100% stake in Bowsprit Capital Corporation -- the manager of Singapore-listed health care real estate investment trust, First REIT -- as well as of 10.6% of First REIT units held by Lippo through another subsidiary.

But sales to both OUE and OUELH -- which are part of the Riady family's Lippo conglomerate -- failed to impress Moody's. In the Sept. 19 note, Poh said: "These sales do not address the fundamental weakening of Lippo Karawaci's operating cash flow. We also estimate that the added liquidity will only be sufficient to cover the company's cash needs until September 2019."

Lippo Karawaci shares have tumbled more than one-third since the beginning of the year and close to 70% over two years.