MUMBAI  -- India's second largest software services company, Infosys, has brought in a senior figure from French IT firm Capgemini -- Salil Parekh -- as managing director and chief executive. The appointment ends a three-month search for the company's head, after a boardroom battle led to the resignation of the previous leader Vishal Sikka. 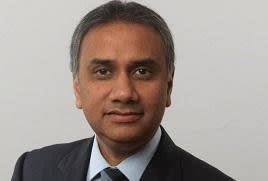 Parekh will take on the role from Jan. 2, Infosys said in a filing to the stock exchange on Saturday. He was a member of Capgemini's group executive board.

Infosys Chairman Nandan Nilekani noted that Parekh has nearly three decades of global experience in the IT services industry, and a "strong track record of executing business turnarounds and managing very successful acquisitions." Inside the fight for the soul of Infosys

Infosys to continue strategic acquisitions in bid to 'embrace automation'

Indian IT groups turn to buybacks as US headwinds strengthen

"The board believes that he is the right person to lead Infosys at this transformative time in our industry," he said. Parekh holds a master's degrees in computer science and mechanical engineering from Cornell University, and a bachelor's degree in aeronautical engineering from the Indian Institute of Technology.

The new chief will replace UB Pravin Rao, who took over as interim chief executive after Stanford-educated Sikka's abrupt exit amid a row with one of the company's founders, N. Narayana Murthy, in August. Rao will continue as chief operating officer and as a director.

Parekh's appointment comes around three months after Sikka announced his resignation saying he was tired of "constantly defending against unrelenting, baseless, malicious and increasingly personal attacks," and thought it was better to part ways with Infosys because he felt unable to focus on growing the company.

Murthy had raised corporate governance issues in some decisions taken by the board, including a 173.8 million-rupee ($2.69 million) severance package given to former Chief Financial Officer Rajiv Bansal, and the $200 million purchase of Israeli company Panaya in 2015. An independent investigation later, however, gave Sikka a clean chit.

In a separate statement, Paul Hermelin, chairman and chief executive of Capgemini thanked Parekh, saying he contributed to the group's development in India and in the U.S.

Parekh joined Capgemini in 2000 as a result of the acquisition of the consulting division of Ernst and Young. He occupied various leadership positions in the group.

According to media reports, advisory arm Everest Group chief executive Peter Bendor-Samuel said in 2015 that Capgemini achieved vastly greater growth under Parekh than had been expected.

This could be what Infosys needs, as the IT sector is going through its slowest period of growth. The Bangalore-based company has already cut its revenue growth forecast for the year to 5.5% to 6.5%, from 6.5% to 8.5%.

Its consolidated net profit for the September quarter was up by a lukewarm 3.4% to 37.26 billion rupees ($571 million). 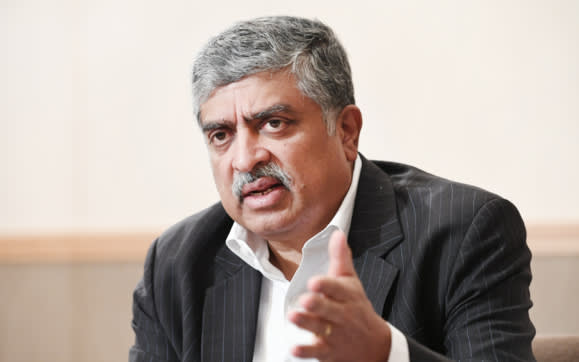 Nandan Nilekani, one of the founders of Infosys, has returned as chairman.

Chairman Nilekani has stressed that the company will continue looking at acquisitions to accelerate its pivot to new technologies, as it embarks on a strategy of building platforms for its customers that bundle software products with services.

Nilekani underlined the company's effort to rapidly scale up digital services, train and retrain employees in new technologies, and take stock of how its various products and services can be integrated.

Aston Business School doctoral research scholar Sanjoy Sen reckons Parekh's appointment will likely be viewed positively in Infosys' journey to rebuild its business position. It should also be seen evidence that Nilekani can back up his rhetoric and deliver on his promises, amid speculation that Infosys might not be able to find the right candidate for many months.

"Salil's eminence and grooming in India will be a strong advantage to establish the right face to the Infosys brand, in addition to his experience of working across global cultures," he said.

Shares in Infosys had closed 1.69% lower Friday at 958.50 rupees on the Bombay Stock Exchange. Indian entrepreneur Nandan Nilekani speaks during an interview in Tokyo on June 5.