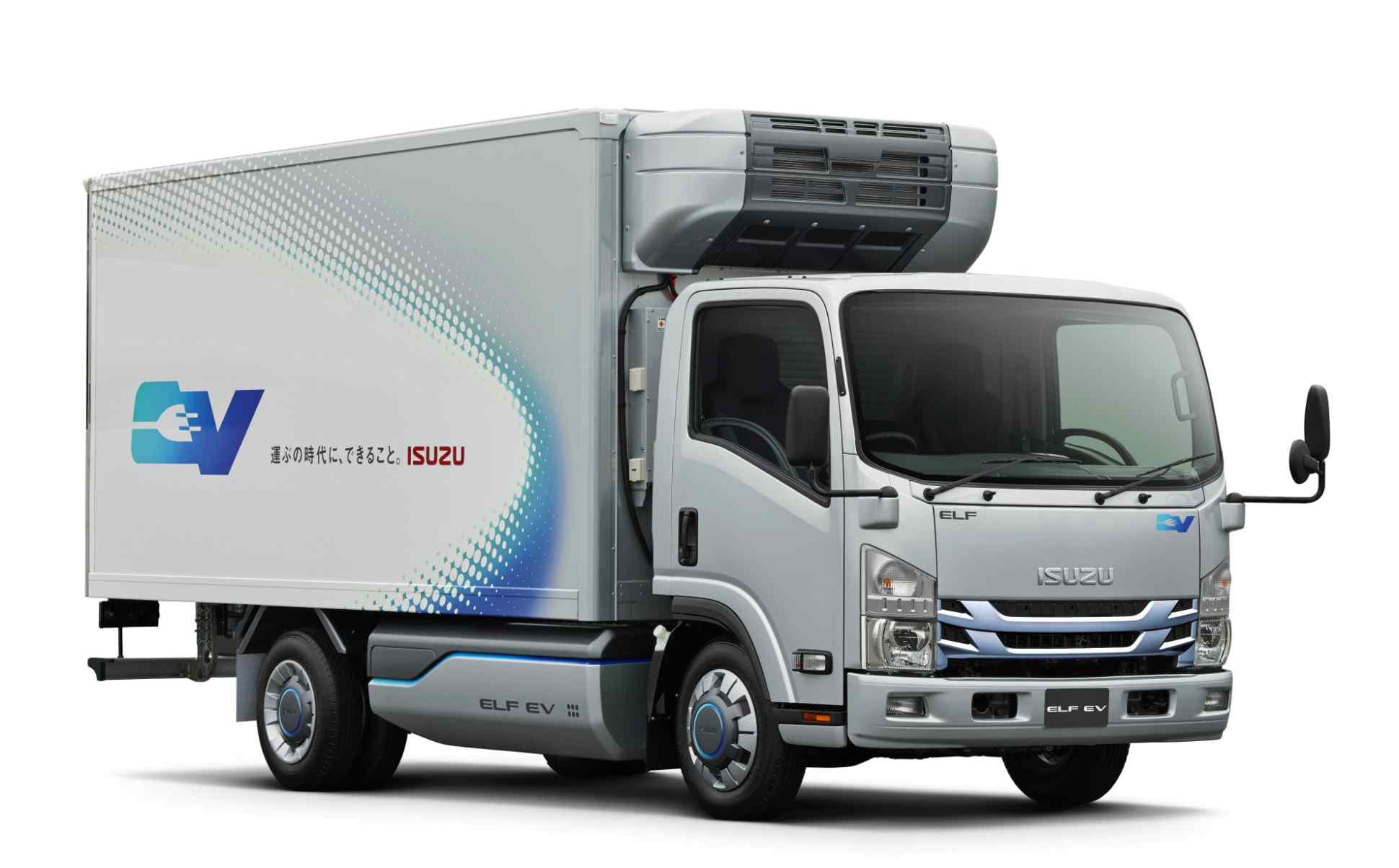 An Isuzu electric truck based on the midsize N-Series is due out next year.   © (Photo courtesy of Isuzu Motors)
Business

Isuzu to get serious about electric trucks

TOKYO -- Isuzu Motors will launch in 2018 an electric light-duty truck suitable for trash collection and light shipping in cities, joining the growing global push to dispense with gasoline and diesel in commercial vehicles.

Based on the popular N-Series midsize offerings, this will mark the automaker's first widely available electric truck. It will charge in an hour or so and offer a range of around 100km -- enough for a day of the short-range deliveries many light-duty trucks are used for.

The electric will be in the same class as a diesel-burning N-Series truck of around 5.9 tons, thanks to optimizations offsetting the weight of the lithium-ion storage battery. It will be on display at the Tokyo Motor Show, opening to the public Friday.

Isuzu envisions the vehicle handling the same work as conventional midsize trucks, including collecting garbage and distributing products to convenience stores. Logistics companies and retailers will be encouraged to adopt it early on and see how it can be made more cost-effective. Though the electric truck will sell for more than diesel counterparts, Isuzu aims to eventually ensure that upfront costs can be recouped in three to five years.

Mitsubishi Fuso Truck and Bus handed over its first electric light-duty trucks to convenience store operator Seven-Eleven Japan and shipping company Yamato Transport this month as part of an initial 150-vehicle production run. The automaker aims to bring a heavier medium-duty model to market in two to three years.

Electric passenger cars are already taking off around the world, helped by policies promoting them as alternatives to gas and diesel vehicles. The U.K. and France have said they will ban the sale of conventional passenger cars in 2040. Commercial vehicles are not far behind. Electric trucks and buses on the world's roads will more than quadruple from 2015 levels to around 570,000 in 2035, market research firm Fuji Keizai predicts.