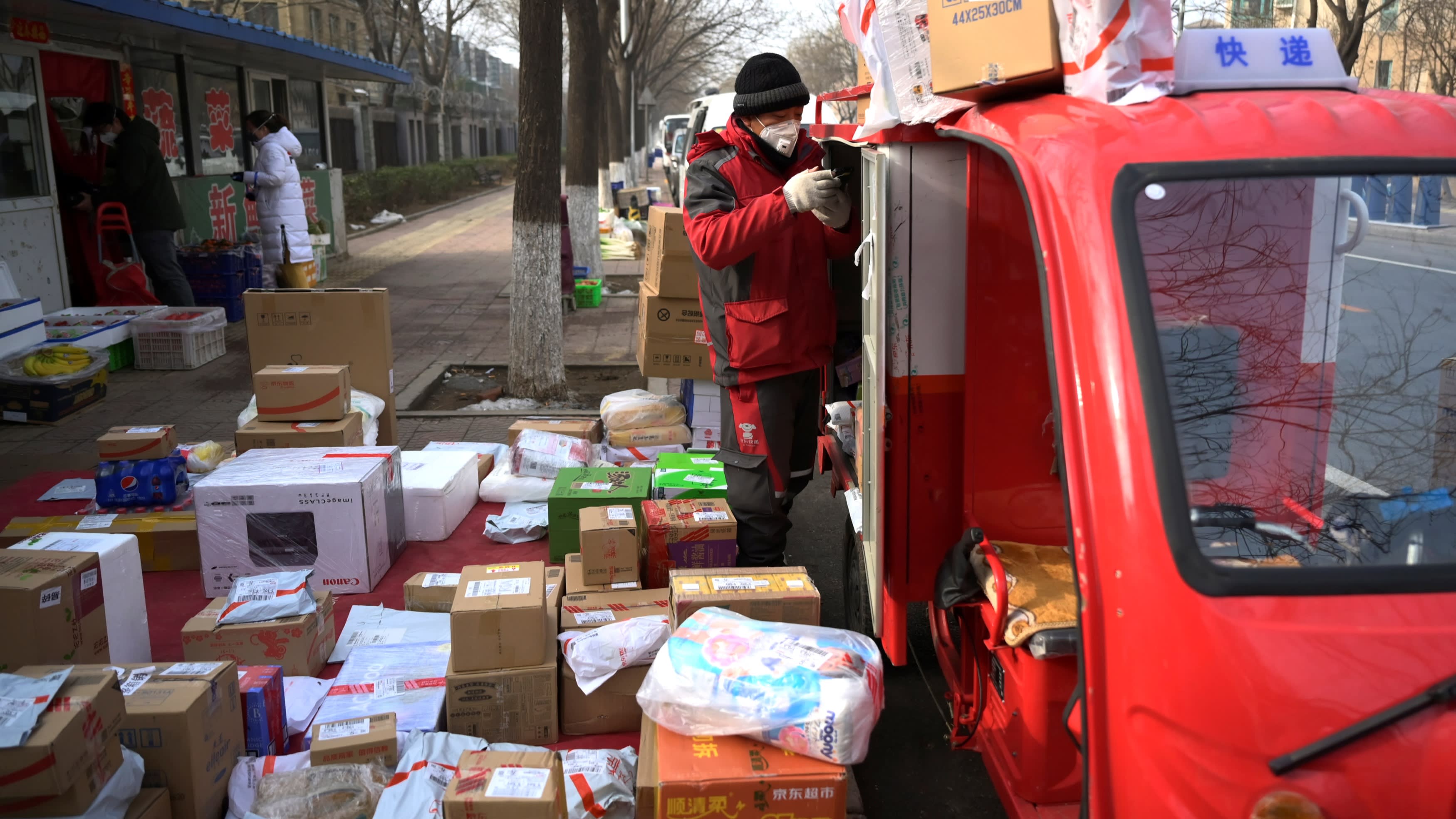 A JD.com delivery worker in Beijing. The company continues to invest in technology and infrastructure as it grapples with thin margins amid increasing competition with such rivals as Alibaba and Pinduoduo.   © Reuters
NARAYANAN SOMASUNDARAM, Nikkei Asian Review chief banking and financial correspondentApril 29, 2020 18:16 JST | Hong Kong
CopyCopied

HONG KONG -- Chinese e-commerce company JD.com has filed for a secondary listing in Hong Kong that could raise about $3.2 billion, according to two people familiar with the deal.

Nasdaq-listed JD.com, which currently has a market valuation of $64 billion, filed for the offering confidentially with the Hong Kong Stock Exchange this week and aims to sell 5%, one of these people said.

Subject to market conditions and other approvals, the offering could take place late in the third quarter, the two people said.

A successful share sale of that magnitude could spur other Chinese companies listed in the U.S. to follow suit and revive big-ticket offerings in Hong Kong that have been stagnant after Alibaba Group Holding's $13 billion offering on the city's exchange last year.

While the company is profitable, it continues to invest in technology and infrastructure as it grapples with thin margins amid increasing competition with such rivals as Alibaba and Pinduoduo.

Last month, JD.com forecast growth in net revenue of at least 10% for the first three months of the year despite the disruptions caused by the coronavirus pandemic. The proceeds from a Hong Kong share sale would be used for investment and to bolster the company's defense against rising competition, one of the two people said.

JD.com's filing comes just a week after the head of the U.S. securities regulator warned investors over the risks of putting money in Chinese companies. Securities and Exchange Commission Chairman Jay Clayton cited problems with Chinese companies' disclosures and the difficulties faced by U.S. authorities in enforcing action against non-U.S. companies.

Mainland Chinese companies are considering secondary Hong Kong listings as Beijing encourages them to return home and burnish the reputation of local exchanges.

Among the attractions of a Hong Kong listing are the allure of an active local investor base, combined with fears of a clampdown by the U.S. The companies are also eyeing Hong Kong after its stock exchange amended rules in 2018 that allow technology companies with dual-class shares or weighted voting rights to list.

Bank of America, UBS and CLSA will be the lead arrangers for the JD.com offering. More banks will join the deal closer to the transaction, the two people said.