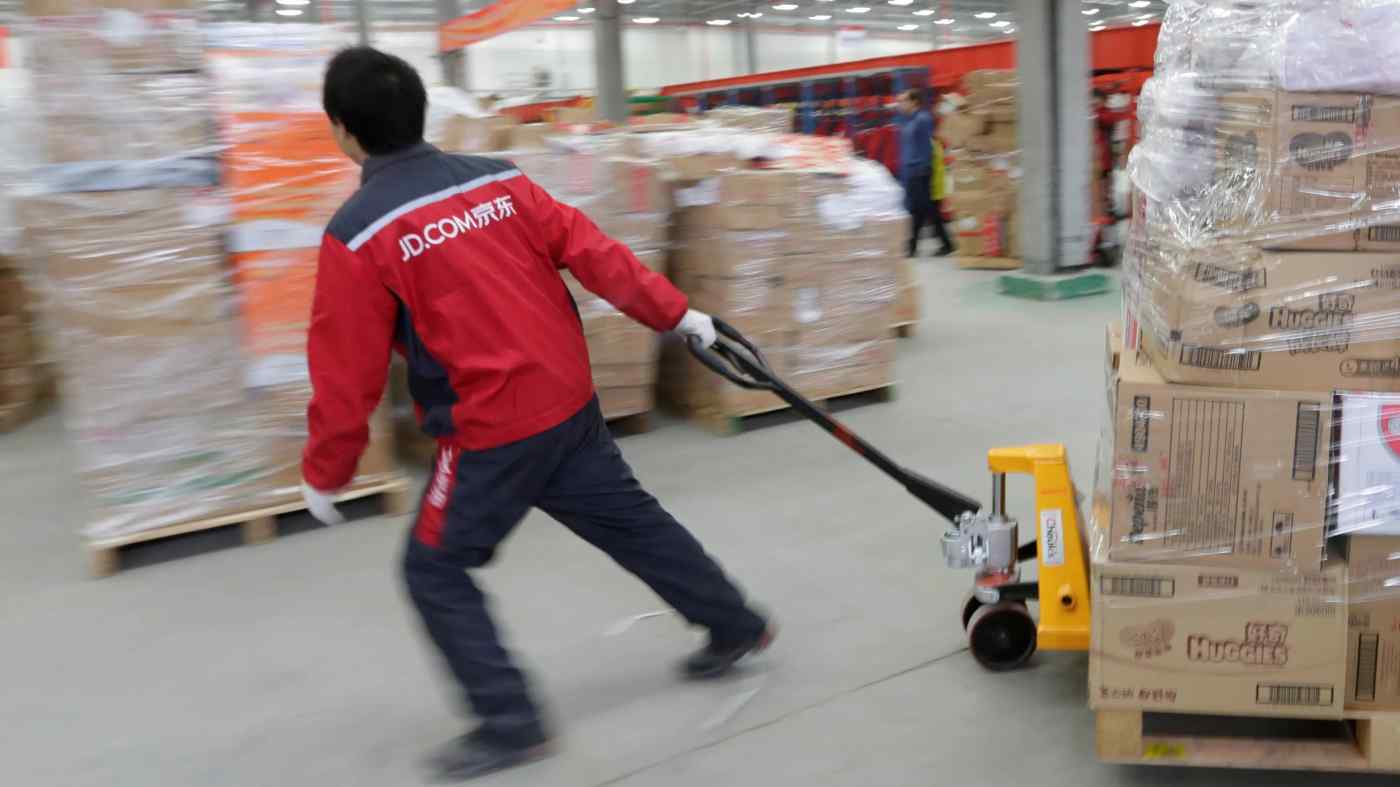 The Tencent Holdings-backed company posted a net loss of 2.4 billion yuan ($358 million) for 2018, larger than the 150 million yuan in red ink amassed the prior year. JD.com's user base expanded about 4% last year to around 300 million people, a sharp slowdown from 29% growth in 2017.

"We have been developing regional cities over the last few years, but we must offer more products to attract more customers," JD.com CEO Richard Liu said during an earnings call Thursday.

Liu's words betray the source of JD.com's troubles. As e-commerce matures in China's major metropolitan areas, the driver of growth is shifting to regional cities and farming villages -- areas where JD.com lags Alibaba.

JD.com is known for quick and punctual deliveries thanks to its in-house distribution system. The e-retailer also sells many of its own products directly to shoppers in a business model resembling that of Amazon.com. The company gained favor among consumers for its reliable service compared with No. 1 Alibaba, whose delivery quality varies because it entrusts shipping to cooperating companies.

But Alibaba has begun to remedy this situation. Chairman Jack Ma said last year that the company will invest 100 billion yuan in its logistics network and consider additional funding if needed. The e-retailer also is expanding partnerships with delivery services.

By contrast, JD.com's insistence on self-sufficiency can harm its reputation for superior service due to a lack of distribution centers in regional areas.

JD.com accounted for 25% of China's e-commerce transactions by value in first half of 2018, down about 7 percentage points compared with all of 2017, according to the Electronic Commerce Research Center. Alibaba's market share rose 2 points to roughly 55%.

"I use Alibaba often. I also use Pinduoduo, which is cheap, to buy daily goods like toilet paper," said a 34-year-old office worker living in the Jiangxi Province city of Yichun. He rarely uses JD.com, saying it "is more expensive and has a narrow selection of products."

Governance issues add to the struggles at JD.com's core business. The Lunar New Year spirit was spoiled last month when the company said it would lay off 10% of senior executives based on their performance this year. The move was the result of changes to management behind the scenes.

Liu entered the e-commerce market in 2004 and developed JD.com into a model for China's private sector. But his arrest in the U.S. last year on sexual assault allegations damaged the company's image and led to a temporary plunge in its stock price. No charges were filed.

After his release, Liu transferred authority over core segments such as online sales and distribution to other managers. But the shift to a decentralized system from one built on his leadership has left JD.com "without someone to take the reins and organize important internal strategies," said a source inside the company, which has yet to unveil an effective plan for revamping its online sales business. 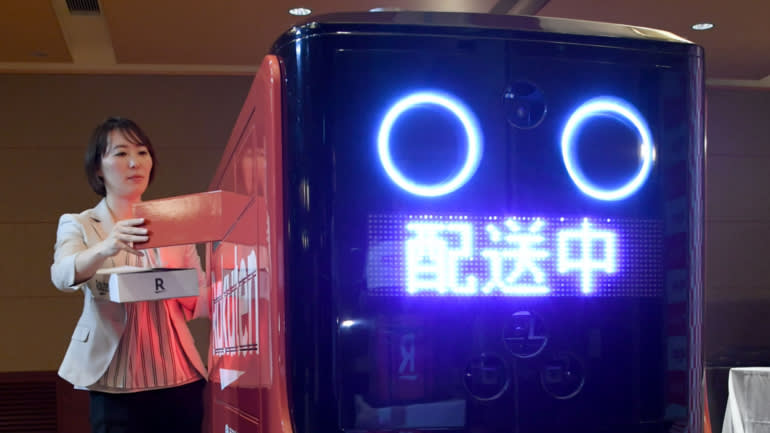 JD.com seeks a solution by supplying other companies with the logistics and unmanned supermarket technology it developed in China -- a new source of income that would reduce its dependence on e-commerce. In February, the company teamed with Japanese peer Rakuten on delivery robots.

Growth in China's online sales market softened to 25% last year from 39% in 2017 for a total of 9.65 trillion yuan, according to China's National Bureau of Statistics. Even Alibaba senses the slowdown, investing in Suning.com and fostering cloud services to reduce its reliance on e-commerce. Tencent also took a stake in Pinduoduo as the Chinese technology giants intensify their rivalry.

Chinese online retailers have gone overseas and are investing in a variety of potential cash cows as they try to overcome their dependence on domestic e-commerce, but none of those projects has become profitable.